It is finally time to unveil a display article!  Ever since starting the site, I had something like this in mind and so I’m really happy to be bringing it to you.  With that said, it is a bit of an experiment so the format may change in the future.  First, I will talk about the battle between Luigi and Link in Super Smash Bros. and then talk about making the displays at the end.  I hope you enjoy! 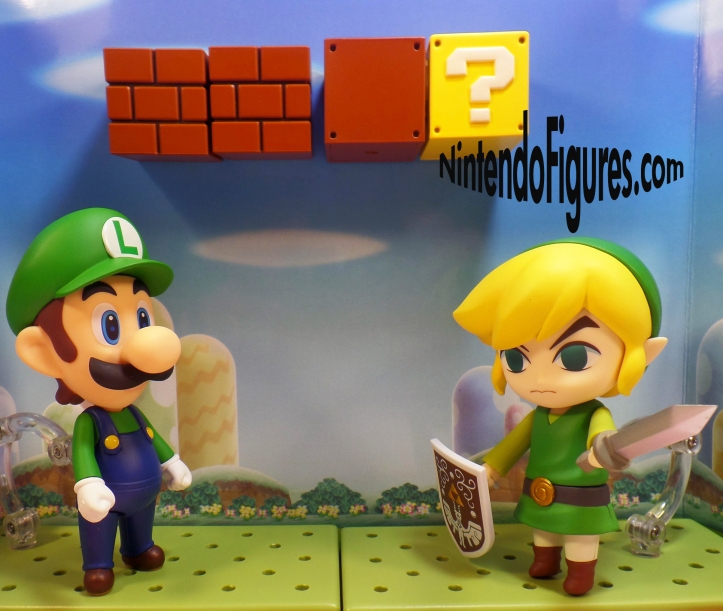 Luigi and Toon LInk meet in the Mushroom Kingdom for a Smash Bros. fight!

The fight has begun and Luigi speeds towards his opponent.  Link puts his shield up and prepares to counter.

Toon Link uses a Spin Slash and catches Luigi off guard.  Luigi tries to hit the brakes, but stopping suddenly has never been a strength of his.

Link is feeling confident and is ready to finish the fight when in typical Smash Bros. fashion, an item appears! 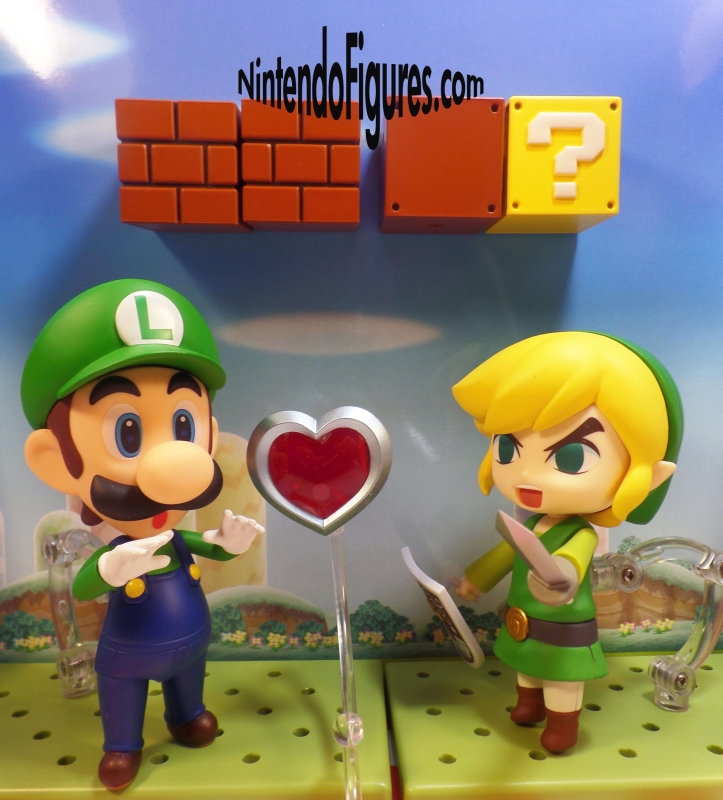 Luigi grabs the heart and to his surprise, he feels much better.  Link can’t believe an item from his own game is being used against him!

Luigi goes for his attack and Link tries to guard, but his face says it all. 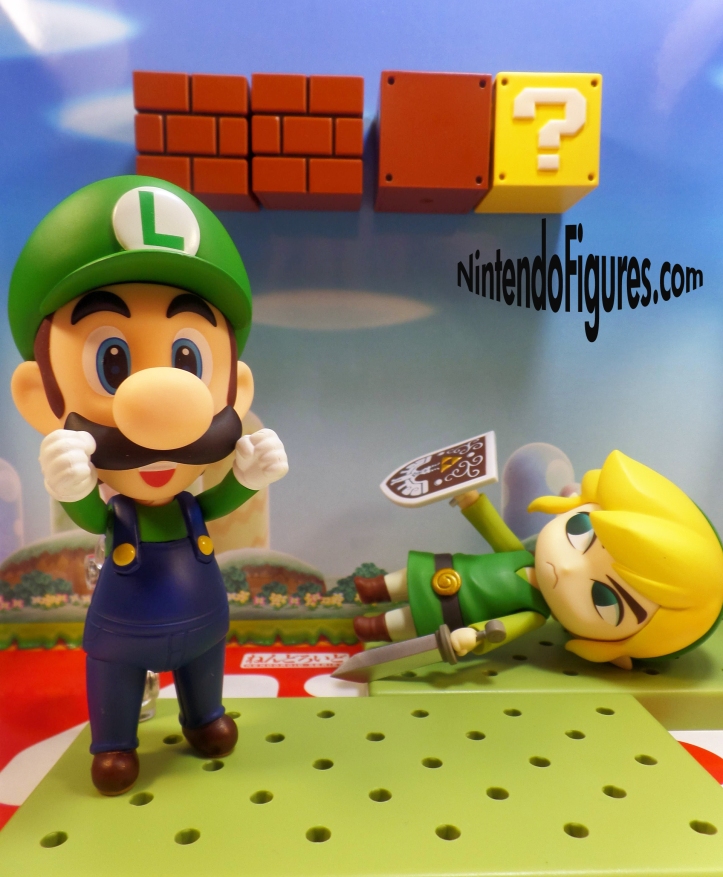 Luigi’s attack K.O.s Link!  He is the winner of this Super Smash Bros. fight.

The Display and Closing Thoughts – Obviously, if you’ve been following the Nendoroid reviews, you can see that these pictures used many different accessories from the Mario, Luigi, and Link Nendoroids to bring together a fight from Super Smash Brothers.  Surprisingly, these pictures were pretty easy to take and the limited articulation of Nendoroids was rarely an issue.  While making a Super Smash Bros. display is easy to do and perhaps a bit obvious, I hope to make more creative display articles in the future.  If you have any Nendoroid, Amiibo, or Micro Land displays that you want to show off on the site, please let me know and I will be happy to share what other Nintendo collectors are doing with their collections.