One of my surprise Christmas gifts this year was Mabel and so I’m very happy to bring you this review.  Mabel doesn’t have as strong of personality as some of the Animal Crossing characters, but she is very cute and looks great alongside any other Animal Crossing Amiibos.  With that said, let’s take a closer look at the figure and see if she is worth owning.

Rarity – Mabel is generally considered to be a common Amiibo though I think she is slightly harder to find and is less common than Tom Nook in some stores near me.  With that said, if you’re interested in getting her, it shouldn’t be too hard to find her in stores or online.  A few online retailers have sold Mabel for as low as $7 which is very unusual for Amiibo.

Pose – Mabel has a simple and contemplative pose.  Like I discussed in the Tom Nook review, I think it is fair to say that the Animal Crossing Amiibos are much more simplistic than Amiibo collectors are used to.  It matches the game, but the Animal Crossing Amiibos seem a bit simple compared to the Super Smash Brothers ones which some collectors may view as a negative. 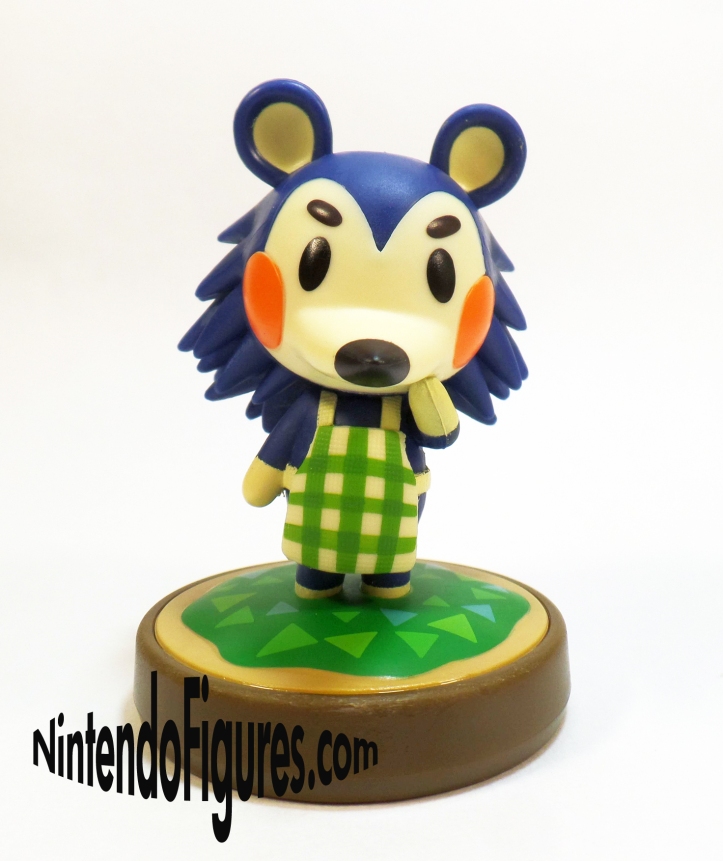 Paint and Details – While Mabel has a simple design, the paint generally looks great and is accurate to the character.  Her spikes on the back of her head look and feel great and are probably the coolest part of the Amiibo.  The paint on her robe also looks very nice and there is also a little bit of texture to the robe though it is so slight that it is hard to see unless you really get close to the Amiibo.  Regardless, it is nice to see little touches like that.  On my Amiibo, the paw under her mouth could have used a little extra paint and mine has a pretty glaring plastic seam line.  To my surprise, my Amiibo also has some kind of dried glue or extra glossy paint on the base which you can see in a few pictures.  These little issues are a bit disappointing, especially when Mabel already has a simple pose.

Display Potential – Mabel looks really good standing next to Tom Nook.  You can almost imagine him trying to sell something to her.  Perhaps a bigger storefront so Mabel and her sisters have more room in town.  If you’re collecting the Animal Crossing Amiibos or just picking and choosing like myself, you should be able to find some friends for Mabel to stand next to that will look great.  These two Amiibo make me wish I had a nice Animal Crossing background to make a diorama with. 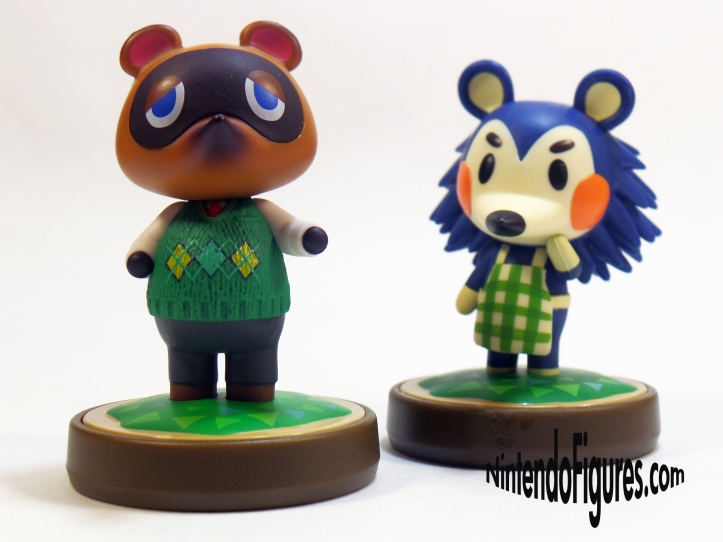 Functionality – Just like Tom Nook, Mabel has more limited functionality than most Amiibo.  The best reason to get her is if you have or are going to get Animal Crossing Amiibo Festival.  The only other specific use that is tied to this Amiibo is unlocking a skin in Super Mario Maker.  While this is pretty underwhelming, we can only hope that Nintendo will increase her functionality over time.

Closing Thoughts – Mabel is a cute, but not very useful Amiibo.  She is simple which you will either like or be disappointed by.  I’m glad to have her in my collection as a pairing with Tom Nook, but she is one of the few Animal Crossing Amiibo I plan to get and wouldn’t blame anyone who isn’t in to Animal Crossing for not getting her at the same time.  Do you have Mabel?  What do you think of the Animal Crossing Amiibo so far?  Let us know in the comments section!