While Goombas and Koopa Troopas are often what people think of as iconic Mario enemies, I think Shy Guy is just as important and has surpassed those two in the sense that he appears in Mario sports games and is actually playable in some games where they are not.  Despite how prevalent Shy Guy is, it is not easy to find him in figure form.  Fortunately, Jakks Pacific has released both a 2.5″ and 4″ figure of Shy Guy.  I will be reviewing the 2.5 inch figure today, but might also pick up the 4″ figure if I ever see it in stores because I think this is a character most Nintendo fans want to own. 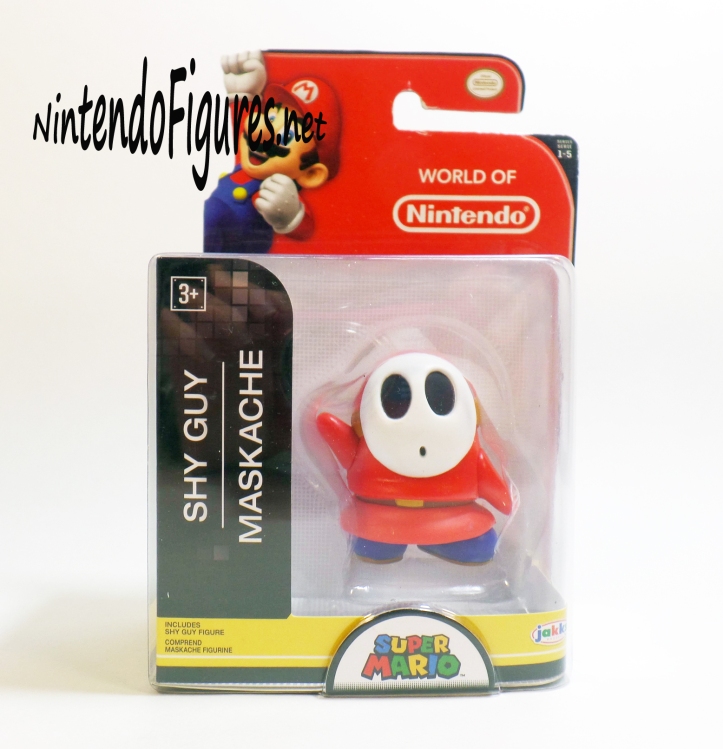 Articulation – As I have discussed in my 2.5″ reviews, the articulation is always limited with this scale of figure, but Shy Guy is one of the rare ones that has pretty good movement.  Both of his arms can be rotated 360 degrees and he actually swivels at the base so you can turn him in different directions too.  The odd thing about Shy Guy is that his arms are at different heights and he really looks best as he comes in the package with one arm up and the other one down.  It is slightly disappointing that his arms are so asymmetrical and look weird, but for the amount of articulation we get, it is hard to complain too much. 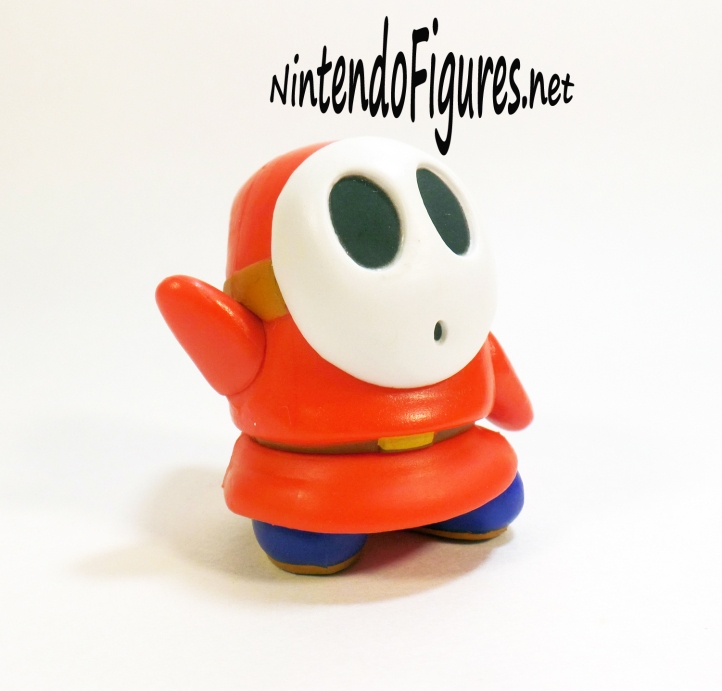 Paint – I’m happy to say that my Shy Guy has a perfect paint job.  There really isn’t a lot that could go wrong on this figure, but Jakks Pacific really nailed it, especially his white mask which is probably the most likely area to have paint issues.  This is a great looking figure that matches the Mario games perfectly.

Scale and Display Options – I bought this figure in the hopes that it would look good with some of the 4″ I have purchased and I don’t think it is quite big enough to look right.  It depends on the game you’re trying to represent, but outside of Yoshi’s World or maybe Super Mario Bros. 2, I think this Shy Guy is just a little small to be game accurate.  That didn’t stop me from having fun taking the picture you see below however and I think that in a pinch, this figure could make some fun scenes with other World of Nintendo figures.

Closing Thoughts – This review is one of the easiest I have ever written because this is a solid figure.  Other than the unusual articulation/pose, this figure is extremely well done and if you want a Shy Guy in your collection, you can’t go wrong with this figure.  It is cheap at $5-6 retail and looks great with other figures of this size.  I definitely recommend it if you’re a fan of Shy Guy like me.