The Legend of Zelda is not only one of Nintendo’s most popular franchises, but it is an incredibly rich universe and a great series of games to make figures from.  There are so many memorable characters who deserve to be immortalized in plastic and I don’t think Nintendo has even scratched the surface yet with Amiibo.  Sometimes calling it the “Best and Worst Amiibo List” feels a bit misleading because some groupings of Amiibo are all pretty good.  Zelda is one such category of Amiibo.  None of the Amiibo on this list are bad though they all have different strengths and weaknesses.  As with previous lists, I will be focusing on the quality of the figure and which ones are the most well-made.  I may touch upon functionality here and there, but it will not be a major focus since they are relatively similar.  I will also try to keep my feelings about the characters out of the list.  If you love a character on this list then you should absolutely buy the Amiibo, but the purpose of this list is more to let you know which ones are the highest quality figure and to hopefully expand your appreciation of Amiibo. 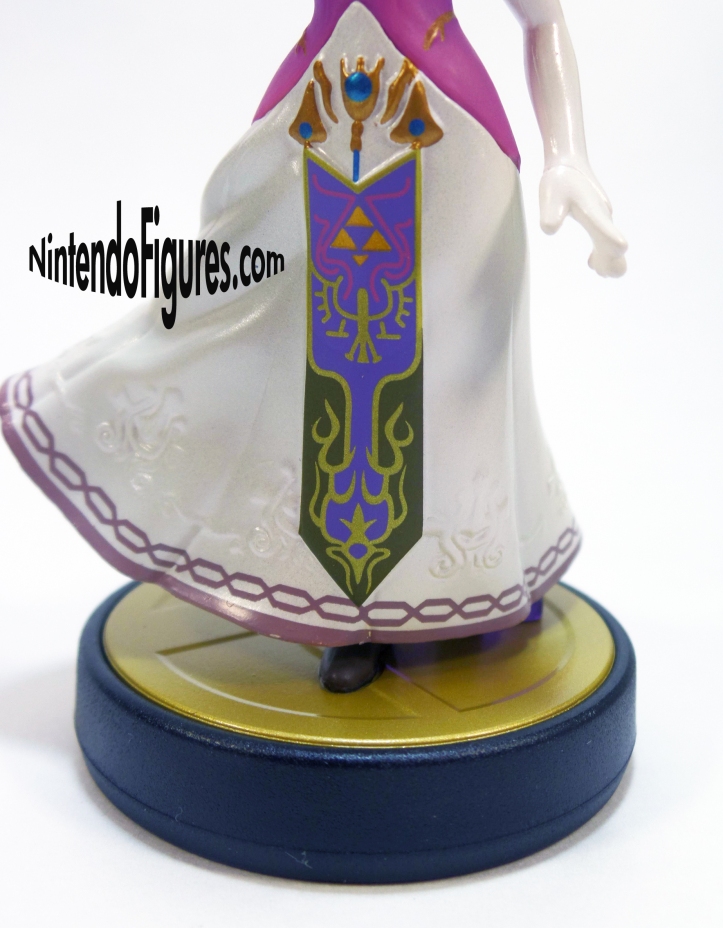 6th) Princess Zelda Amiibo – Zelda is the perfect example of an Amiibo which is pretty high quality, but ranks low on this list.  Princess Zelda has some really nice paint and sculpting details on her dress.  In fact, these are about as strong of details as any Amiibo has.  Unfortunately, her shoulder plates while a nice metallic color, lack detail and do not look as nice.  Zelda’s hair also has a lack of detail when compared to the hair on other Amiibo.  With a relatively average and simple pose, Zelda ends up fairly low on this list.  If you like Zelda, she is a solid figure and well worth picking up.  She is also a pretty common figure and not too difficult or expensive to find.  She just isn’t quite as well-rounded of a figure as others on this list. 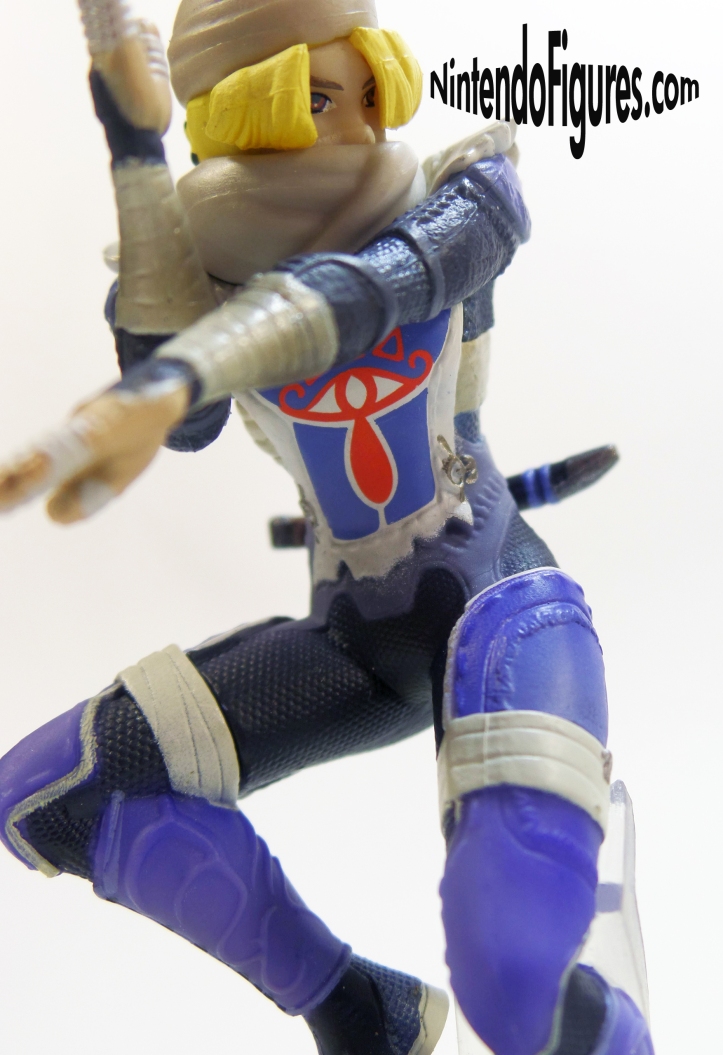 5th) Sheik Amiibo – Sheik beats out Princess Zelda by having a much more dynamic pose which represents the character well.  Zelda’s alter ego also has some nice details like the logo on her shirt/tunic and the wrappings on her fingers.  These kinds of details are important parts of what makes Sheik a cool character and Nintendo did well with them.  Sheik does not have many limitations, but she is not particularly interesting when viewed from any angle other than the front so this is a small drawback.  While initially rare, she became much more common as time went on and should still be relatively easy to find even if she is rarer than Zelda. 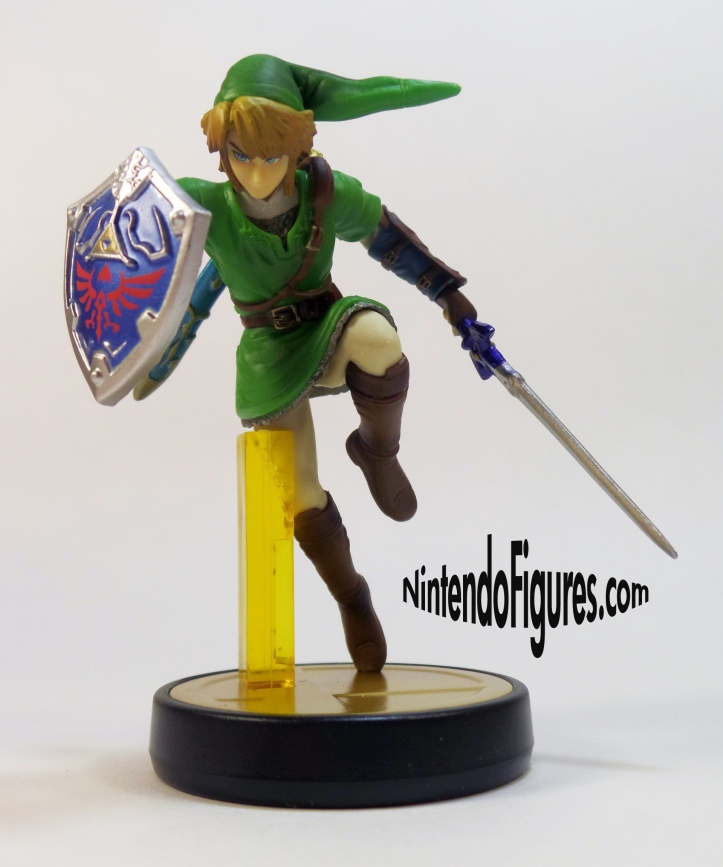 4th) Link Amiibo – This is an Amiibo many people own and is hard to rank because it does have some pretty big negatives and positives.  While the pose is awesome, the “pee stand” is horrible and the worst part of this figure.  It is no wonder Nintendo never did a yellow stand like this again.  The details are where Link shines.  From the chain mail, to the sword scabbard on his back, there many nice touches on this Amiibo.  It is definitely one of the best looking ones from Nintendo’s first wave.  One of the Link’s greatest advantages is that he is usable in more Nintendo games than just about any other Amiibo.  He also has extra functionality in games like Hyrule Warriors which make this Amiibo one of the most useful ones you can by.  While it didn’t fact into my ranking, Link is a character nearly every Nintendo fan enjoys and this Amiibo is definitely worth owning. 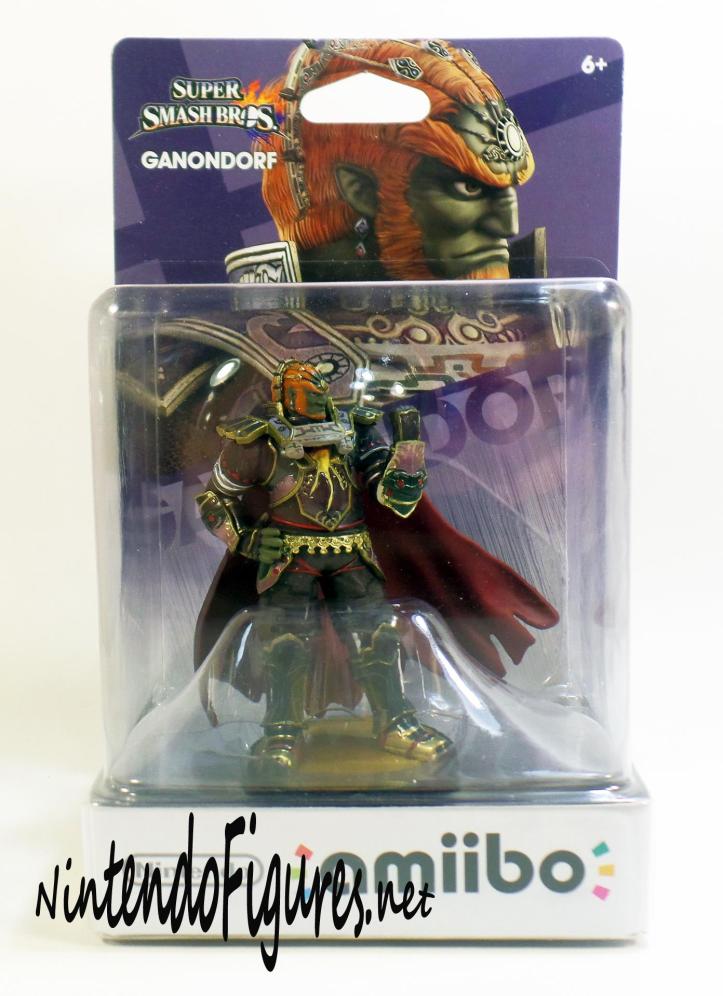 3rd) Ganondorf Amiibo – One Amiibo I have always been excited to own (and had to wait quite a while for him to come out is Ganondorf.  While he lacks in personality, Ganondorf makes up for in design.  He has always looked imposing and is a villain you love to hate.  Nintendo wisely used the Twilight Princess design which looks great and has a lot of details.  While the Ganondorf Amiibo cannot represent all of those details like the incredible First 4 Figures statue does, it still does a nice job of bringing the character to life.  The armor looks great with a lot of different accents and metallic paint.  Ganondorf’s face lacks a bit of detail, particularly his mouth and his pose is somewhat boring.  Seeing a massive punch with flames coming off of it would be much better.  While the details are excellent on this figure, it still isn’t able to compare to how solid the next figure is.  Ganondorf is about as rare as Sheik and Toon Link so he may take a bit of work to track down, but overall, he is a nice figure and worth the hunt for any Zelda fan. 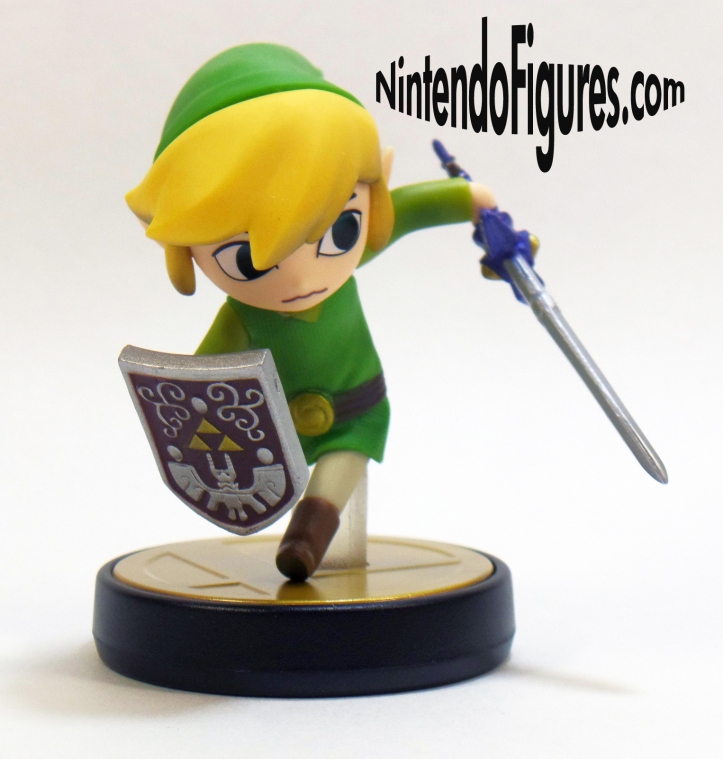 2nd) Toon Link Amiibo – Toon Link is a figure I would have never expected to rate highly on this site, but I have on two occasions both this list and the Link Battle Review.  Toon Link is a relatively simple character, but Nintendo got nearly everything right on this figure.  The pose is solid and represents the game well.  Toon Link’s face and expression are perfect and capture that part of the character well.  His shield is also one of the best looking “accessories” on an Amiibo.  It mimics the game really well and doesn’t really sacrifice any detail either.  The only reason Toon Link doesn’t rank higher is the decals on his sword scabbard which look cheap and not very nice.  Toon Link is perhaps the hardest Amiibo to find on the list thus far, though he is not among the rarest Amiibo.  If someone like myself who is not a big Wind Waker fan loves this Amiibo then it is a must own for fans of this Link style. 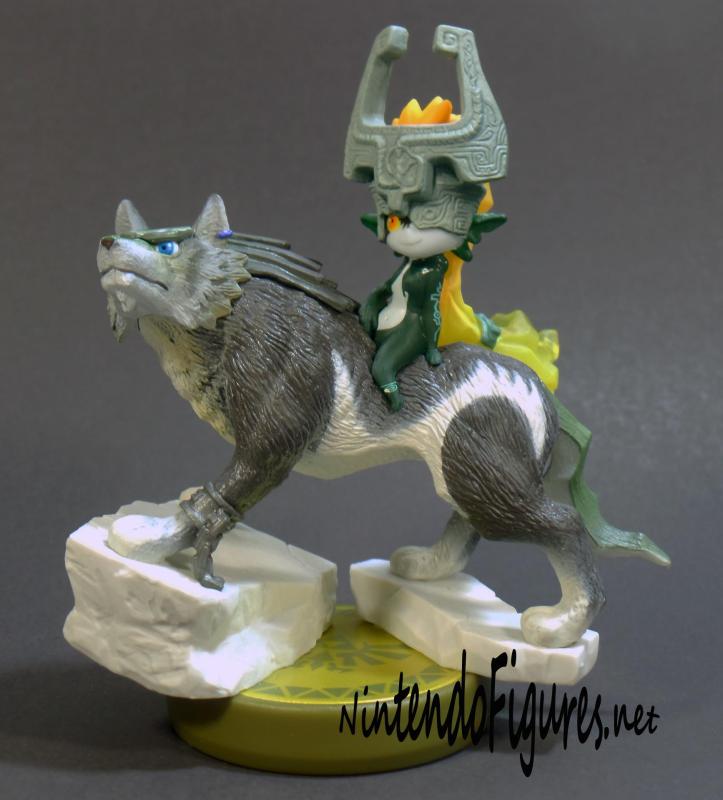 1st) Wolf Link Amiibo – I recently reviewed this Amiibo on the site and while it would be easy to think I just included this at the top, because it is the newest Amiibo, it is definitely the best Zelda one so far.  The detail is incredible on the Amiibo and it has a number of unique qualities too.  Having terrain on the base and its own unique design with Tri-Force make it stand out.  The details on Midna’s crown and hair are outstanding.  Wolf Link’s face is also perfectly done and a sign of how high quality Amiibo have become.  There are almost no downsides to this figure and it is definitely the best of the Zelda figures thus far.  While the rarity is not completely clear yet, it seems that this Amiibo won’t be too difficult to find or buy.  With an eventual release of the standalone Amiibo, there is no reason not to pick this one up!

So that is my list and like I said in the opening, all of these are worth owning if you’re a Zelda fan.  With time, we will surely get more Zelda Amiibo, but for now, Nintendo has mostly done the characters justice.  Which characters from Zelda deserve to have an Amiibo?  Which one or ones are your favorites?  Let us know in the comments below!