I have an exciting update for you courtesy of user Natebodog23 on the World of Nintendo Reddit!  Not only can we see finalized pictures of the Shadow Link packaging (which looks seriously awesome), but the figure itself can be seen in better detail than ever before.  Because of the image format that Spencers’ website uses, it is hard to show you larger size images like I would prefer. 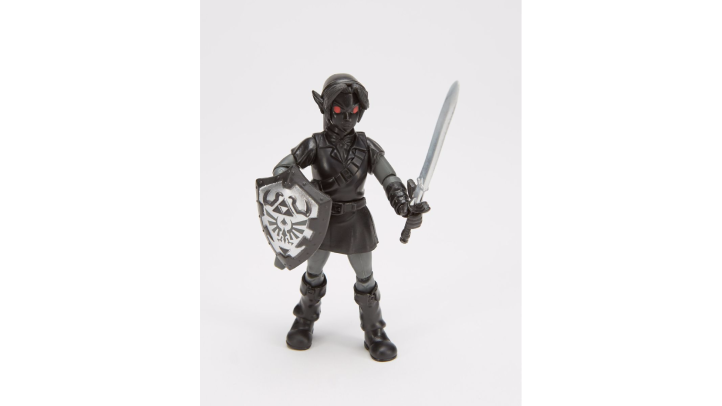 But the good news is: not only can you see better images on their website, but shockingly, you can actually pre-order Shadow Link from Spencers at the the following link!  Before you run off and do so, notice the price: $20!  That is basically double the usual World of Nintendo price!  Also, Spencers does not ship cheaply, if you buy just the figure it costs $10.99 to ship in the US.  That is outrageously high for a lightweight figure.  The good news is that Spencers will ship an order over $25 for free with a code advertised on their site so I would certainly recommend looking around to try and find something you like before you buy Shadow Link.  Many people on the World of Nintendo Reddit are curious if this figure will be cheaper or sold at stores besides Spencers later on and I’m not sure either.  The fact that you can actually pre-order Shadow Link and guarantee that you’re getting him in the very near future makes it awfully tempting to just go ahead and order him now.  Are you pre-ordering this figure or going to wait until later and hope for a better price?  Let us know in the comments below!