While I may have reviewed the only new character from the four Kirby Amiibo already, it is no less interesting or exciting to take a look at this new Meta Knight Amiibo.  Meta Knight has been a strong character in Smash Brothers in the past and he is one of the baddest looking characters Nintendo has designed.  For these reasons and more, he is a very popular villain.  His Smash Brothers Amiibo was released as a Best Buy Exclusive and was restocked a bit later on, but he is pretty hard to get.  Currently, he goes for $20-$35 on Ebay with US region Amiibo generally selling for the highest price.  If you missed out on Meta Knight the first time then this figure will certainly be of interest to you, but even if you have the Smash Meta Knight, there are good reasons for getting this figure too. 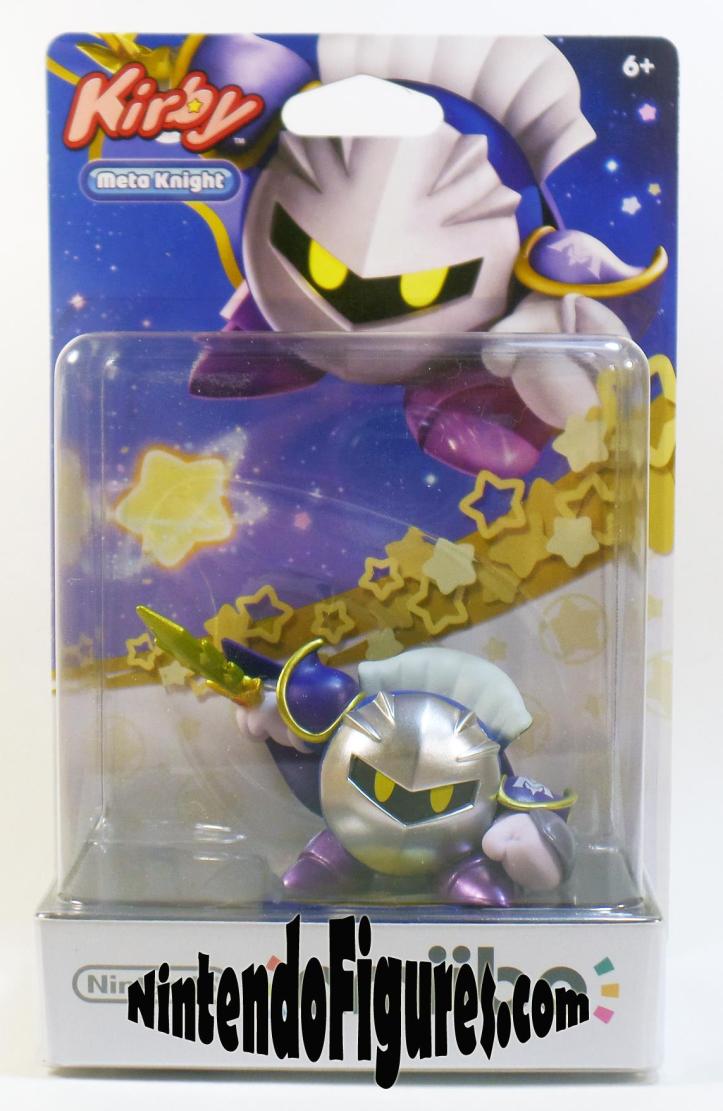 Rarity – At the time of writing, it is hard to know exactly how rare this Amiibo is because it was released last week.  Meta Knight was well-stocked at the stores I visited and I believe this version of him will be less rare than the Smash version though it may not be one of the most common Amiibo either.  If you want a Meta Knight Amiibo without paying extra online, this one is likely your best bet for the foreseeable future. 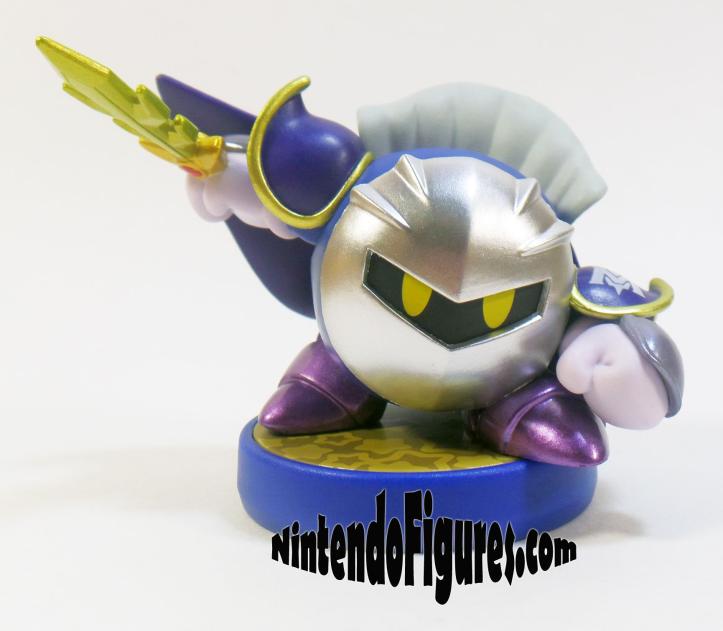 Pose – One of the things that underwhelmed me about the repeat characters (Kirby, Meta Knight, and King Dedede) when the Kirby Amiibo line was announced is how uninteresting the poses seemed.  As I look at both Meta Knight Amiibo in hand and think about the design of these characters, there aren’t a ton of options that Nintendo had.  Almost all Kirby characters have small arms and legs and don’t actually animate THAT much.  Having Meta Knight ready for a sword fight is not only typical of the character, but reminds me of all of the boss fights in Kirby games where he looks like this.  Meta Knight looks tough and ready to cause mayhem and I think that is what we all want from this figure.  The pose is not exciting, but I think it is good enough and that Nintendo did what they could.

Paint and Details – Generally speaking, the paint on this figure is strong with almost no mistakes and some nice details.  The scheme is based off of how Meta Knight appears in Kirby games (so no wings and matching purple shoulder plates instead of one looking like a dirty silver metal).  I like how much metallic paint is on this figure and while it shines brightly in the pictures because of the large amount of lighting I use, Meta Knight looks great even in normal light.  Perhaps the best detail on Meta Knight is his emblem on his shoulder piece.  The Smash Brothers has it too, but the emblem looks better against a darker color like purple.  It is also great seeing Meta Knight with his cape.  No true villain should be without one and his has nice paint work along the edges and makes the character look imposing too.

Comparison to Smash Brothers Amiibo – While this isn’t Battle Review (because I want to keep my Smash Meta Knight unopened), it is interesting to compare the two Amiibo.  The Kirby one is actually bigger and perhaps shows a bit more detail though Meta Knight has a simple enough design that there probably isn’t an advantage there.  The Smash Bros. Meta Knight really emphasizes the wings and while they look great, I prefer the more classic Kirby design we see here.  The one thing I like better about the Smash Amiibo is that his sword appears to be a little bigger and more intimidating.  Meta Knight and his sword are inseparable and as Cloud taught us in Final Fantasy 7, bigger swords always look more awesome.  To my surprise, I think these Amiibo are pretty evenly matched and I don’t think you can go wrong with either one.

Functionality – As I mentioned in my Waddle Dee review, Nintendo currently says that this Amiibo only works in Kirby: Planet Robobot.  What I find odd is that is that this Amiibo isn’t basically the same as owning the Smash Meta Knight (and thus is compatible in many games), I haven’t had the time or patience to check this and I suspect a lot of people who are buying Amiibo now, do so more for the figure than the functionality anyway.  Meta Knight will surely be compatible with any new games that get released later on, but functionality seems to be low, possibly even lower than average which is perhaps the only real downside to this Amiibo. 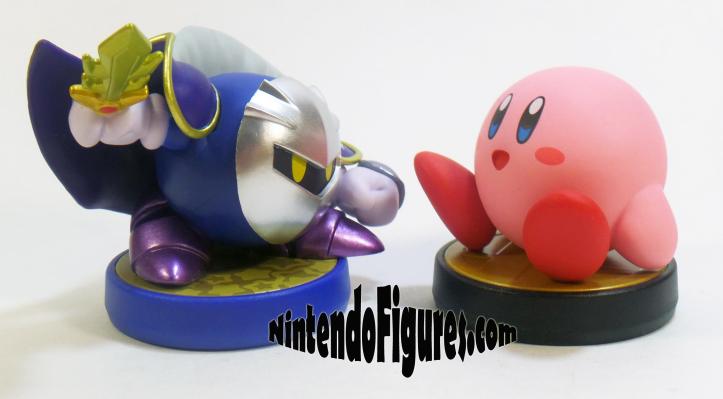 Closing Thoughts – While I didn’t expect to have such a positive review of this Amiibo, I really do like it and I think that it is a must buy if you don’t have Meta Knight.  If you really like this character, I think you’ll appreciate the variations in his design and much like Waddle Dee, this is just a well-made Amiibo.  As you can see from the pictures above, Meta Knight looks awesome alongside any of the Kirby Amiibo and his pose seems to play off of them surprisingly well.  If you’re an Amiibo collector and you have any fondness for Meta Knight or Kirby, check this figure out in your local store.  It may not be easy as easy to resist buying as you may have expected!