According to Nintendo Wire’s recent article there are three more Monster Hunter Stories Amiibo coming to Japan!  While we have very few details besides the names of the figures and a so-so image below, it is very surprising to see so many new Amiibo coming to Japan and no mention of them being released in the US.  I have speculated that it is entirely possible that none of these Amiibo will come out in the United States, but I hope that they do for fans of this series.  It is interesting because this is the most support a non-Nintendo game has been given as far as Amiibo go (Shovel Knight only got a single Amiibo for example).  It will be interesting to see how high the demand is among American Monster Hunter fans and Amiibo collectors, especially if this is a Japan-only release.  Here is a look at the Amiibo and the names are listed below: 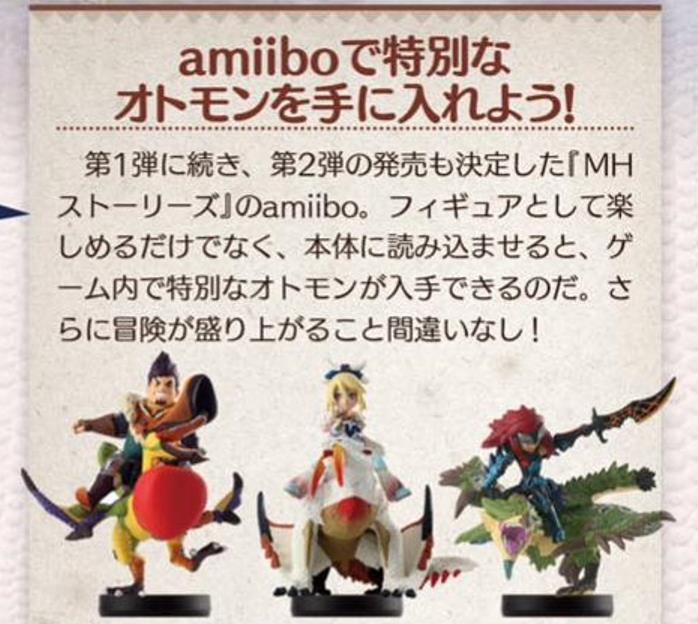