It has been a while since I have mentioned it so I wanted to take this opportunity to thank Miketendo64.com for supporting this site and allowing me to be part of their team.  Mike helped make this review possible and I know I speak for both of us when I say we really appreciate your patronage of our sites. 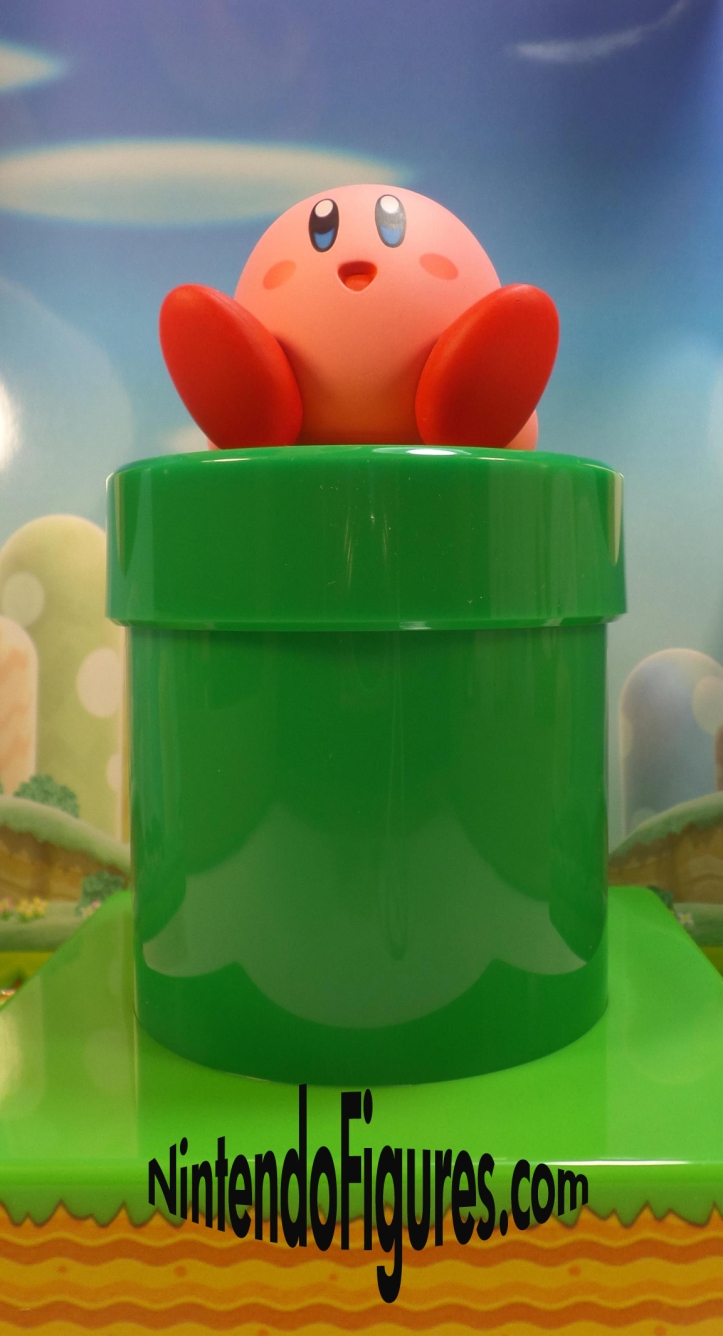 PDP have been making Amiibo accessories quietly now for some time and while I have reviewed the Warp Pipe Stand already, PDP’s products seem to be flying under the radar with many Amiibo collectors.  The Donkey Kong Amiibo stand has a distinct retro feel and seems to be the best designed stand yet.  Surprisingly, it is currently only available on Amazon.  I wonder if Best Buy or Toys R Us will stock this item later on like they have with PDP Amiibo accessories like the Warp Pipe.  I have been looking forward to reviewing this ever since it was announced so let’s take a closer look at this new product. 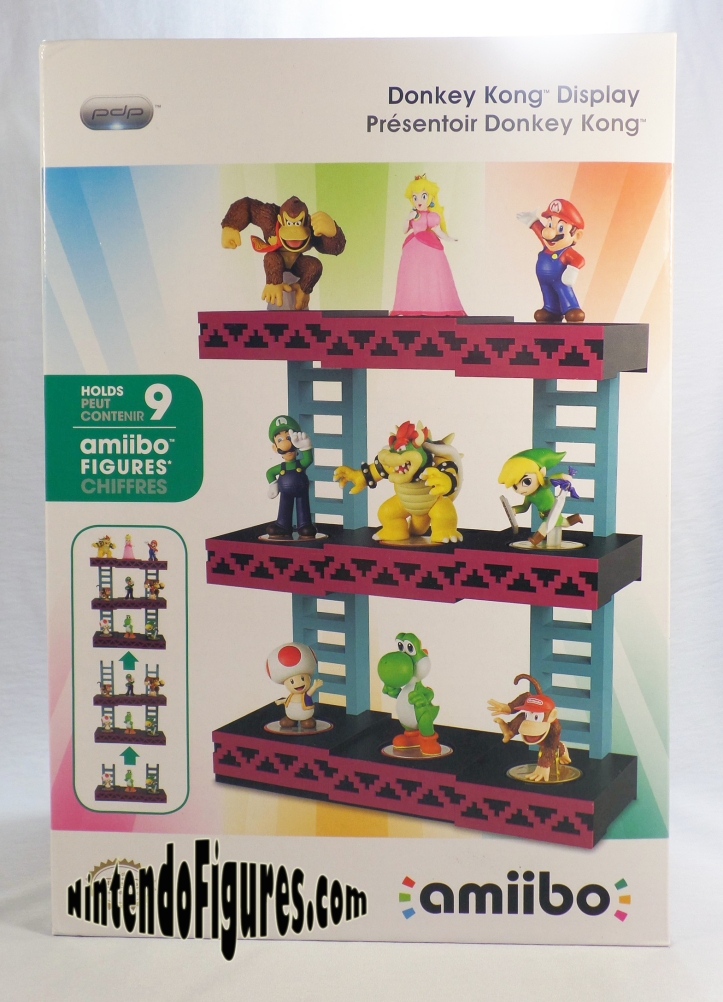 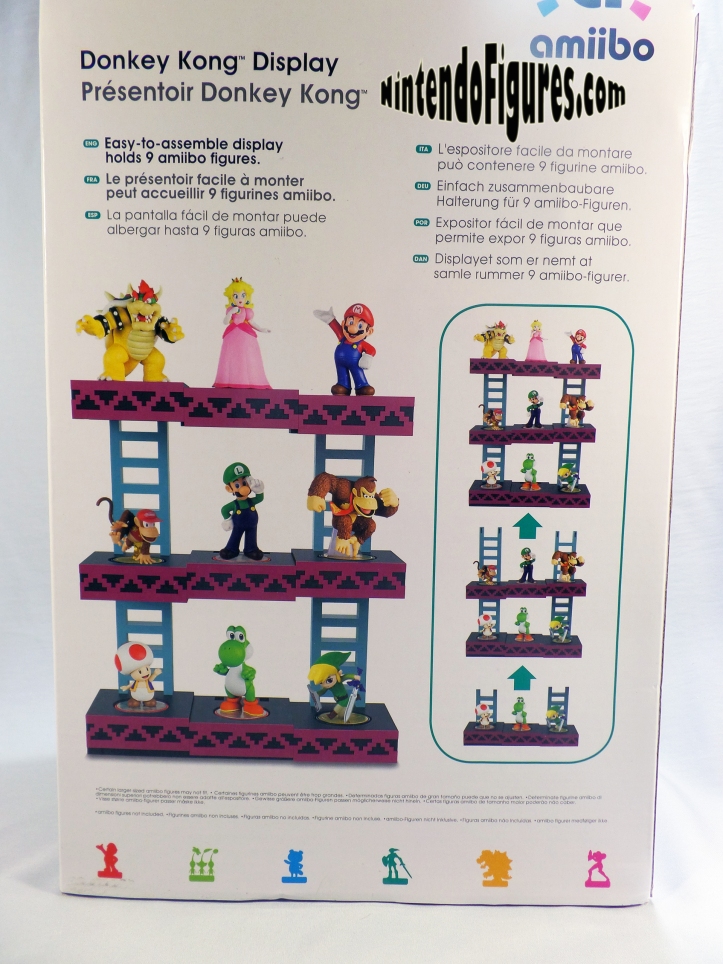 Box and Contents – One thing I was surprised by is just how big and heavy the box is!  It was a challenge to properly light pictures so if you see some uneven light in my pictures that is why.  One thing that surprised me about the box is they actually advertise the stand as being expandable.  So if you want to make six levels in your display instead of just three (and thus buy two displays) you can do so.  That is a nice option for those who have a lot of vertical room to display their Amiibo.  The other thing I noticed about the box is how jam-packed the items are.  It was slightly more challenging than I expected to actually get the stuff out. 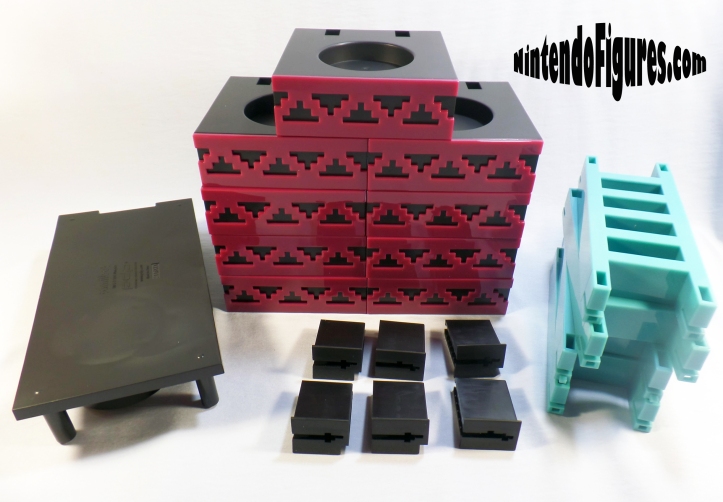 Once I did and got everything out, this is what it looked like.  Fortunately, there was also a set of instructions too even if I found them a bit difficult to follow.  One thing that is nice is that it looks like you may be able to store all of the plastic pieces back in the box (if you remember how it was packaged) which is something collectors will appreciate.

Assembling the Stand – The stand is not as easy to build as I hoped.  The big problem is that the instructions are image based, but the pictures are not very big and seeing the small details is not as easy as it should be.  My advice is to review the instructions carefully to make sure you’re doing each step correctly.  It isn’t enough to get the pieces in the right place, the clips have to face the right direction to get everything to fit correctly.  I have to admit it was frustrating until I figured it out and it would have been nice if this was a little more user friendly.  Once I got the first level built, I was both relieved and could see the stand coming together. 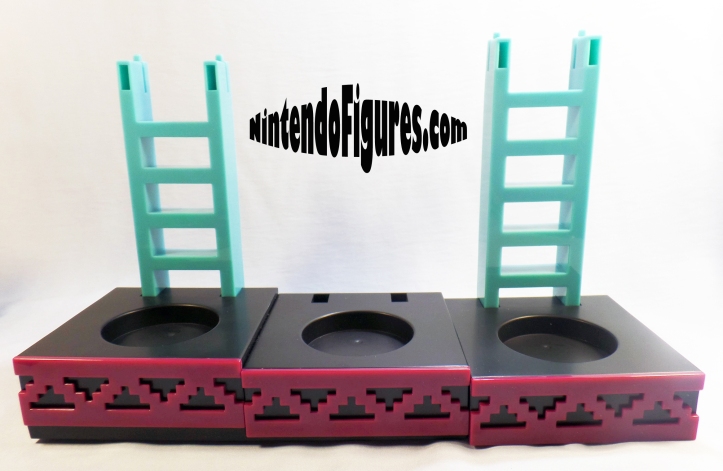 The rest of the stand was actually pretty easy to figure out and I had it set up in no time.  While I knew the stand was going to be big, I was still surprised by large it is.  The stand itself without an Amiibo on top is about 12.5-13 inches.  With an Amiibo on the top, it is about 17.5-18 inches tall.  You really need a lot of vertical shelf space to be able use this display so that is certainly something to keep in mind if you’re thinking about purchasing it.  Something I noticed and was happy to see is that everything fits together tightly and this stand seems to be pretty sturdy.  I can see what PDP feels confident in our ability to stack this display. 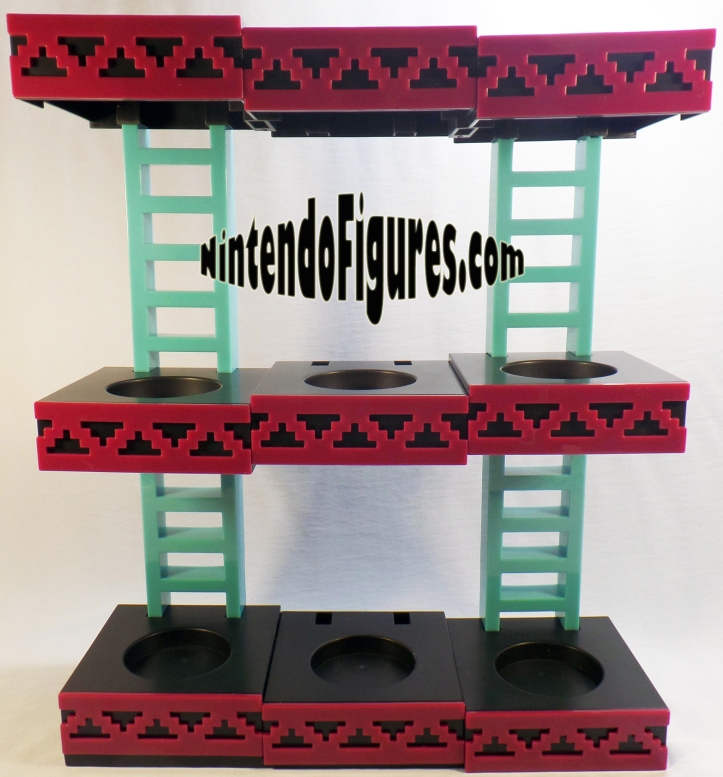 The Display – Once it was all set up, I was excited to put some Amiibo on it and see how it looked.  I like how the display stand really does look straight out of Donkey Kong and has a nice retro look to it.  When I saw preview images for this stand, I wondered how 8-Bit it would really look and I’m happy to tsay PDP nailed that part.  As far as Amiibo goes, I thought it looked nice to have a theme (in this case Amiibo from a particular game series) on each level though there is nothing stopping you from putting whatever Amiibo you want on it too.  They all look pretty good and this is a great way to show off your collection. 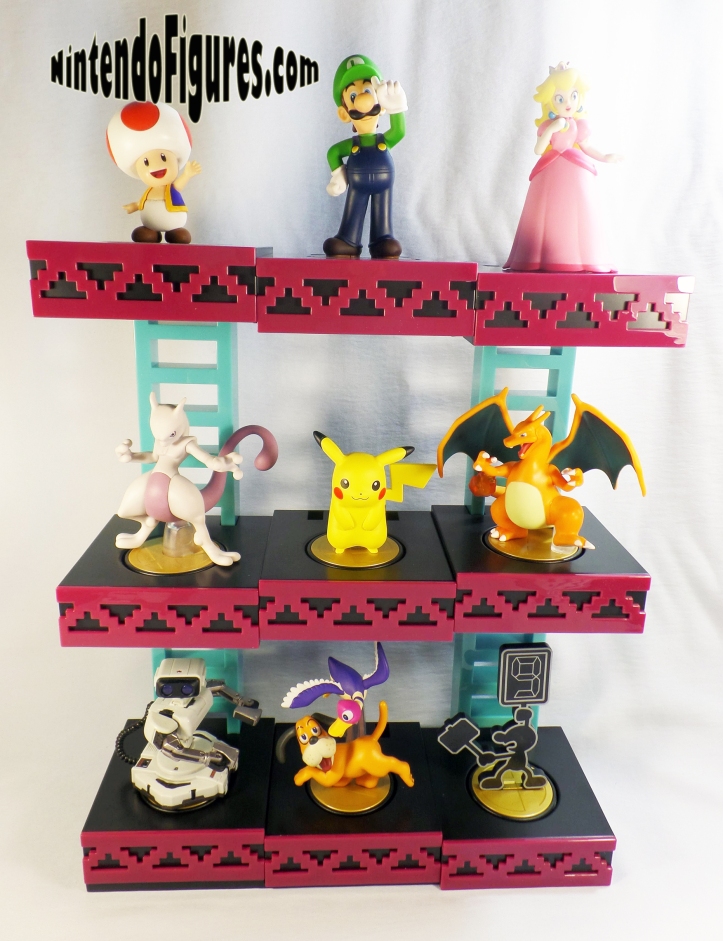 Another idea I experimented with was making it look like there is a Smash Bros. battle going on in your display.  I don’t have a lot of Amiibo opened that look like they’re actually fighting but I thought the combination in the picture below worked pretty well.  There is definitely potential to make this stand work as a Smash Bros. stage.  I also think it could look great with the 8-Bit World of Nintendo Figures so you can expect to see some of those on the site in the near future too. 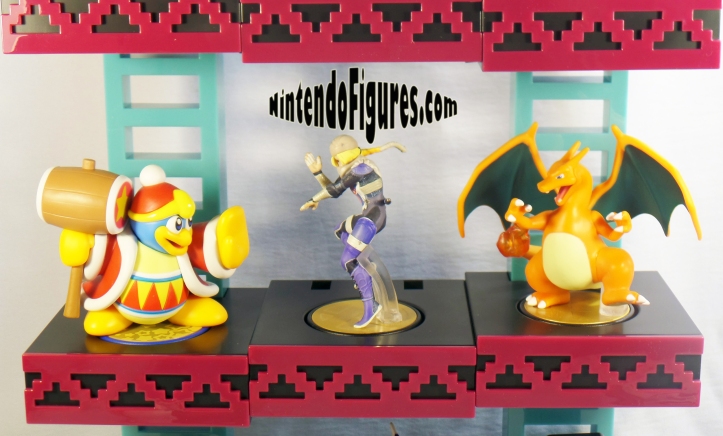 Closing Thoughts – You might have noticed that other than some difficulty assembling the stand, I don’t have very many critiques of this product.  This is is because it is well-made and sure to please Amiibo collectors.  The only other fault I can find is that stand is actually almost too big!  I thought it would fit on my shelf and it does, but it is such a tight fit that an Amiibo couldn’t be used on the top level of the display.  So if you buy the Donkey Kong Display, make sure you have enough room to actually use it.  For $20, I think the PDP Display is an incredible value.  The Warp Pipe Stand was $14-$15 (and even now with a reduced price it is still $10) and tiny compared to this stand.  Being able to show off so many Amiibo also really makes this stand feel worth the money.  I hope PDP continues to bring us innovative Amiibo display options and I think collectors with plenty of space will really enjoy adding some retro Donkey Kong flavor to their collection.