While not made by Nintendo, during the Game Boy Advance and Nintendo DS era, Castlevania was synonymous with Nintendo systems and the same could be said for the NES and Super NES days.  As a result, Castlevania figures would delight Nintendo fans as much as anyone.  There is so much potential and possibilities with this series that it is exciting to think about.

Before I jump into the details, I should acknowledge there are some Castlevania figures out there but way less than there should be.  The only action figures are made by NECA and the relatively small series includes Alucard, Dracula, Succubus, and Simon.  While there are all mainstay characters, Castlevania fans would like to see more figures than that.  Some of these figures (Alucard in particular) could be improved especially with the likeness of Alucard’s face.  There are also some statues that are out there including one from Lords of Shadow and Castlevania Judgement both of which are viewed as lesser games within the franchise and do not portray iconic Castlevania characters.  For these figures to sell well, nostalgia needs to be a factor and so sticking to well liked games like Symphony of the Night and the Nintendo releases are the best chance for success. 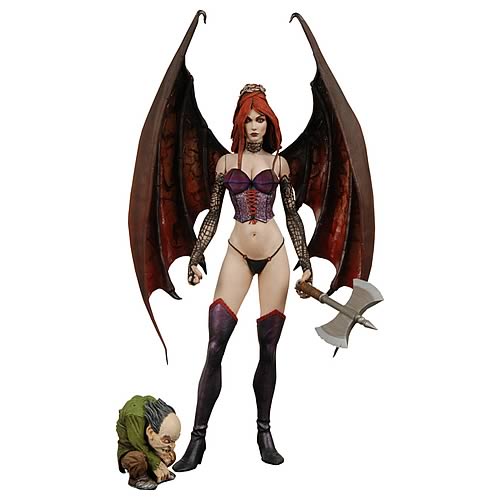 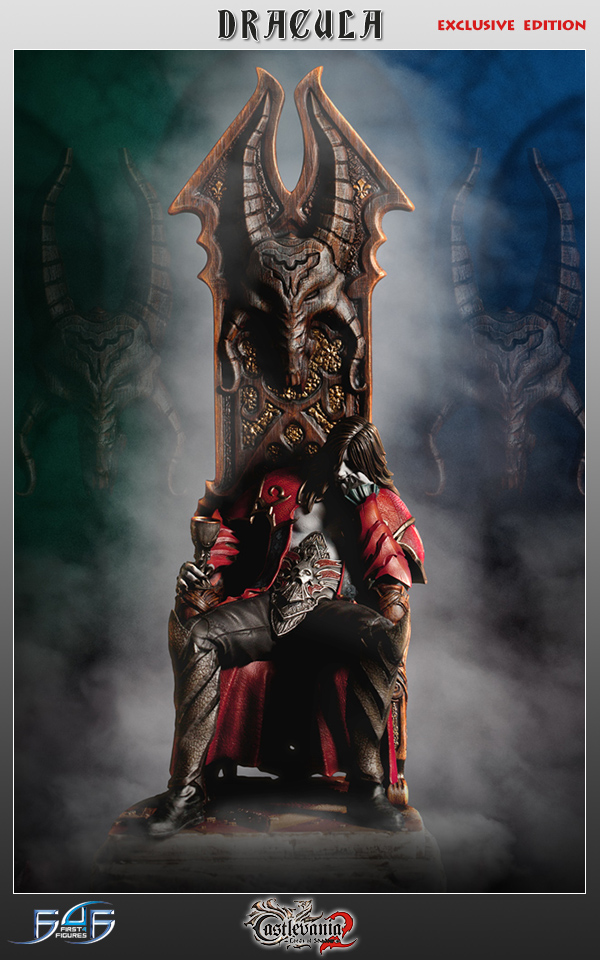 Symphony of the Night has long been considered the best game of the franchise and it is personally my favorite.  I would absolutely buy a well-made Alucard figure should we ever get so lucky but as much as I love the art style of that game, it is not easy to turn any of those characters into a figure as the NECA version proves.  Instead, I think the anime-style of the DS games would work exceptionally well.  Companies like Bandai and Good Smile Company already make awesome anime-style figures and they would do a great job with this license.

Since Castlevania is both a one-player game and you often control one character for the entire game, it makes the most sense for the protagonists from each of three DS games to get their own figure.  Each one has their own unique design and weapons.  Another reason why Castlevania lends itself well to action figures is that the characters have different weapons in every game and relics can also be used as accessories.  For example, the knife, axe, cross, or holy water would all be welcomed by fans.  Even a potion or food item could work nicely as an accessory.  This makes it easy to make a variety of figures including some variant/repaints where a character could be repeated but with different accessories. Figure collectors would generally go for that as long as it is well done and it would give fans the most Castlevania items too. 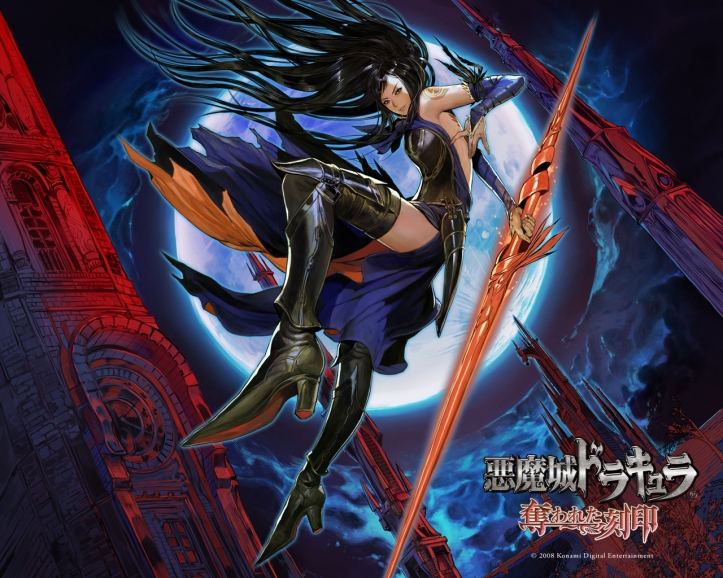 The one difficulty with Castlevania is that villain figures are very unlikely.  Many of the common enemies like an Axe Knight tower over the heroes.  This makes it unlikely that a company who produces figures would be likely to try and make an Axe Knight figure to scale because of the cost. Skeletons, Succubi, and zombies could all make decent figures but they may not stand out or be unique enough when compared to other figure lines to be commercially successful.  The bosses tend to be even worse as far as being much bigger than the protagonist.  There are also very few bosses that reappear from game to game.  The only two potential characters that I can think of that would work is Dracula and Death.  Both of these characters are human-sized and have excellent designs likely to attract Castlevania fans.

While all of these ideas sound great, the biggest obstacle for seeing new Castlevania figures is possibly the state of the Castlevania franchise.  It seems unlikely we will get anymore games from Konami and the longer that goes on, the more the franchise loses its luster.  First 4 Figures is making a statue from Castlevania (Simon Belmont) right now and so Konami is willing to license out this product.  In fact, they may be pretty willing to do so since they have all but abandoned making video games and squeezing some more money out of their franchises while they still can would probably be appealing.  I think the best chance for Castlevania figures to satisfy fans is with Figma or Bandai.  These figure companies do high-quality work, sell their products in Japan where Castlevania originates from, and seem to be able to pull off more limited runs of figures whereas NECA’s products would show up in Toys R Us, sell at least decently well and then some figures would sit on the shelves until put on a clearance sale and possibly beyond that.  That is no knock against NECA, just a sign of where the brand is now.  There is a lot of potential in Castlevania figures and we can only hope that someone will bring us a product worthy of one of gaming’s most loved and venerable franchises.