I was recently shopping at Meijer, a local grocery chain and on a whim I wandered into the Amiibo section to see if there were any on sale that I might like to review because Nintendo figure releases have been a bit light lately and sure enough, they had the K.K., Cyrus, and Reese Amiibo 3-Pack on sale for $10.  I haven’t been actively collecting the Animal Crossing Amiibo but I like K.K. and the price was too good to pass up.  Unlike previous 3-pack reviews, I will review K.K. on his own and then Cyrus and Reese in a second article in the near future.  Most people buy this 3-pack to get K.K. and I will discuss the overall value of the 3-Pack and which of three Amiibo I like best in my next article.

Rarity – Like all Animal Crossing Amiibo, the K.K. Slider 3-Pack has been easy to find in retail stores and online.  I haven’t followed this particular Amiibo set closely but I’m pretty confident it has been on sale several times and it wouldn’t surprise me if it continues to be marked down until more Animal Crossing Amiibo sell out in retail stores. 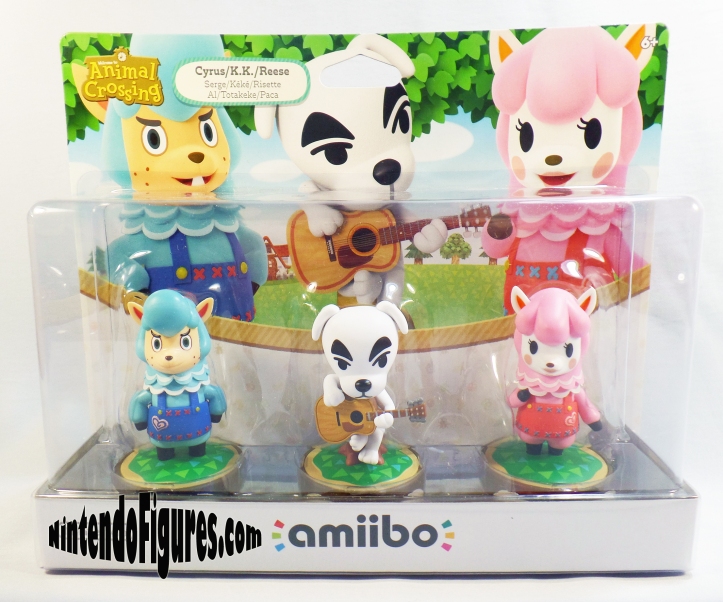 Packaging – It is rare that I don’t love Amiibo packaging and I think Nintendo always does well with the 3-Packs.  The design is simple but seeing all three characters in the background really pops and I always feel bad opening one of these 3-packs because they look so nice.  The fact that I got these Amiibo so cheaply and that they will almost definitely never be rare helped ease my guilt.

Pose – All of the Animal Crossing Amiibo are simple and do not have very dynamic poses but K.K. Slider is one of the better ones because we at least get to see him performing instead of just standing there.  I struggle to think of an Amiibo that is sitting and holding an accessory like this which also makes this Amiibo stand out from others. 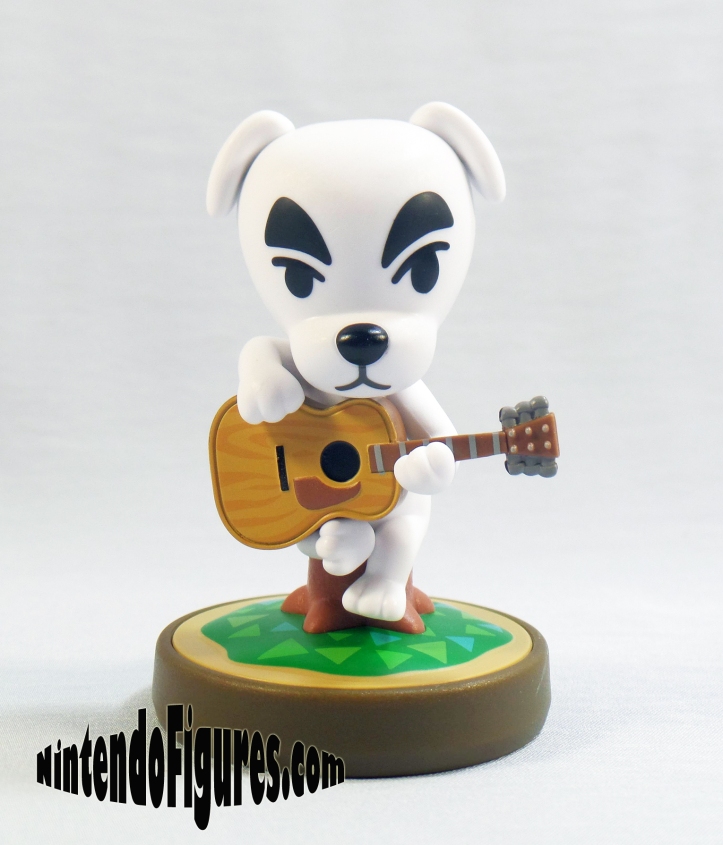 Paint and Details – K.K. Slider is a simple character with a very simple paint job.  Other than his face, he is totally white.  The wood grain and small details on the guitar are by far the best features of this figure though I like that he is sitting on a stump just like in the games.  My biggest complaint with this figure is how simple it is overall and other than looking at K.K. from the front, this Amiibo has really no other display options.  If it were up to me, K.K. either would have been singing (to make it slightly more dynamic) or he would be the DJ version which is a little more eye-catching.  With that said, Nintendo executed this simple figure perfectly and there are no flaws or defects that I could find. 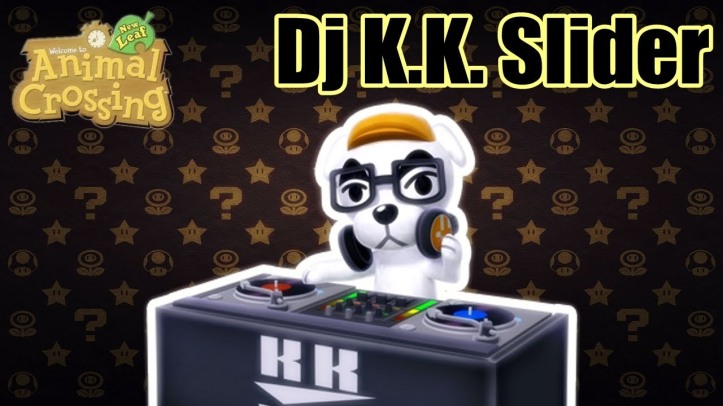 Functionality – One of the greatest downsides to the Animal Crossing Amiibo is that they have very limited usefulness in Nintendo games.  Their greatest use is in Animal Crossing Amiibo Festival which is a game that received low scores from critics.  If you like or are interested in Amiibo Festival, the K.K. Amiibo unlocks his character in the game so that is one nice use.  He also unlocks an 8-Bit skin in Super Mario Maker.  Outside of that, the Amiibo only works in games like Hyrule Warriors and Captain Toad Treasure Tracker but it is the same as any other Amiibo you scan in those games so it isn’t too useful.  The lack of functionality is surely one reason why the Animal Crossing Amiibo have not been a bigger hit with Nintendo fans and is an undeniable weakness of this figure. 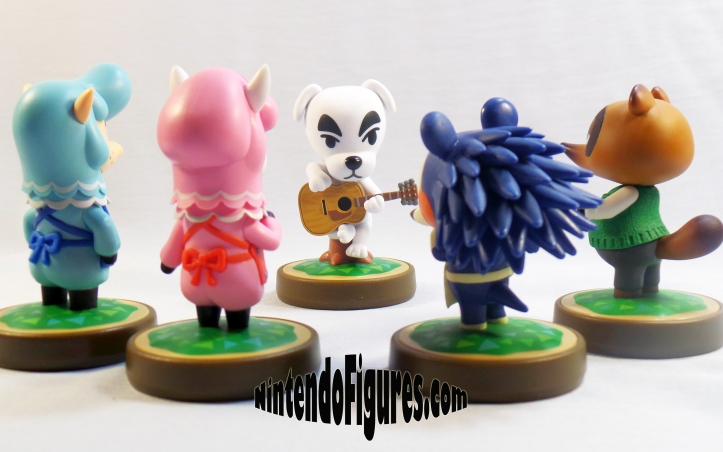 Is It Worth It? – K.K. Slider is a fan favorite character and one many were excited to get when Animal Crossing Amiibo were announced.  The fact that he was stuck in a 3-pack with two less popular characters discouraged many people.  The K.K. Amiibo looks fairly good and I love the picture I was able to take with my very modest Animal Crossing Amiibo collection, however, this figure is a bit too simple and the lack of functionality do take away from it.  Unless you absolutely love K.K. Slider (or you like all three characters), this Animal Crossing 3-pack is not worth full retail price.  $35 feels like a bit too steep of a price for three simple Amiibos especially when only one is popular.  Fortunately, if you keep your eyes peeled, it should be easy to find this at a much lower price in the coming months.