Over time, I’ve grown to enjoy bringing you the latest Nintendo figure news and Good Smile Company does an excellent job at keeping us excited about Nendoroids and Figma by constantly releasing news and teasing new figures.  While we have known Meta Knight is coming for quite some time, Good Smile has finally scheduled this figure to be released in March 2017.  Keep in mind this date can and does get pushed back quite often so it might be later next year before the actual release of Meta Knight.  The usual sellers in Japan like amiami.com and otakumode.com have this figure up for pre-order so if you want to be among the first people to get Meta Knight, pre-ordering is recommended.  It is also worth noting that there is not any Good Smile Shop Exclusive version this time.  Since Good Smile has released additional pictures and details to help tide us over until Meta Knight’s release, let’s take a closer look! 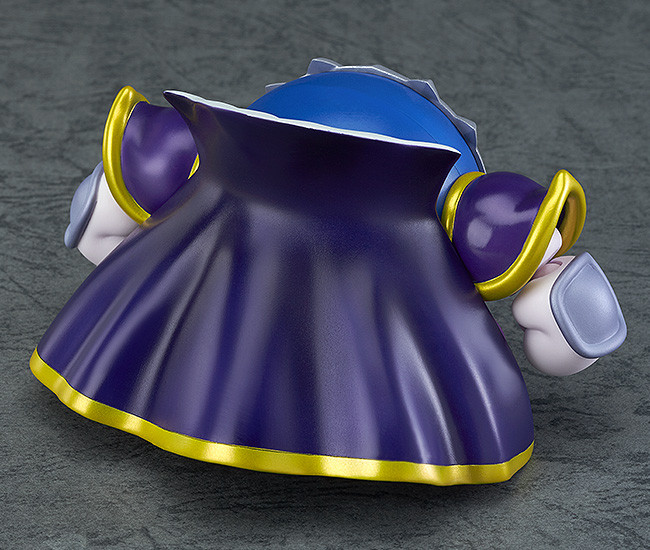 The paint and details on this figure look great.  Perhaps the only thing that throws me is that his eyes are just slightly too big.  I suspect many people were curious to see what accessories Meta Knight would have and it looks a little on the light side.  You do have the option of using wings or a cape with Meta Knight which is nice.  His sword looks great and so does the slashing effect, but overall, it doesn’t look like he will be too poseable or have a lot of different display options like some of the other Nendoroids.  It would have been cool to get some other Kirby enemies with Meta Knight like Waddle Dee but it seems like this figure is a decent value as is, mostly because of the high quality of paint that Nendoroids all have.

What do you think of the upcoming Meta Knight Nendoroid?  Will you be planning on getting it?  I was hoping to be a bit more excited about it than I am but I do think Meta Knight looks pretty good and will compliment the Kirby Nendoroid so you can expect to see a review of it on the site in 2017!.