If you’re a regular visitor to NintendoFigures.com, then chances are you already know that I’ve been collecting and enjoying the Star Fox figures from World of Nintendo.  While they have their flaws, they do offer something relatively unique to Nintendo fans.  Slippy has been a hard figure to find for me and the first and only one I saw in stores, I bought.  I was lucky enough to find Slippy at Meijer for $10 (take that Toys R Us!) though I could tell right away that this figure has some paint issues.  That makes this figure interesting to review and I will certainly consider pricing versus quality near the end of the review.  Is this figure any better or worse than Falco or Fox?  Let’s take a closer look! 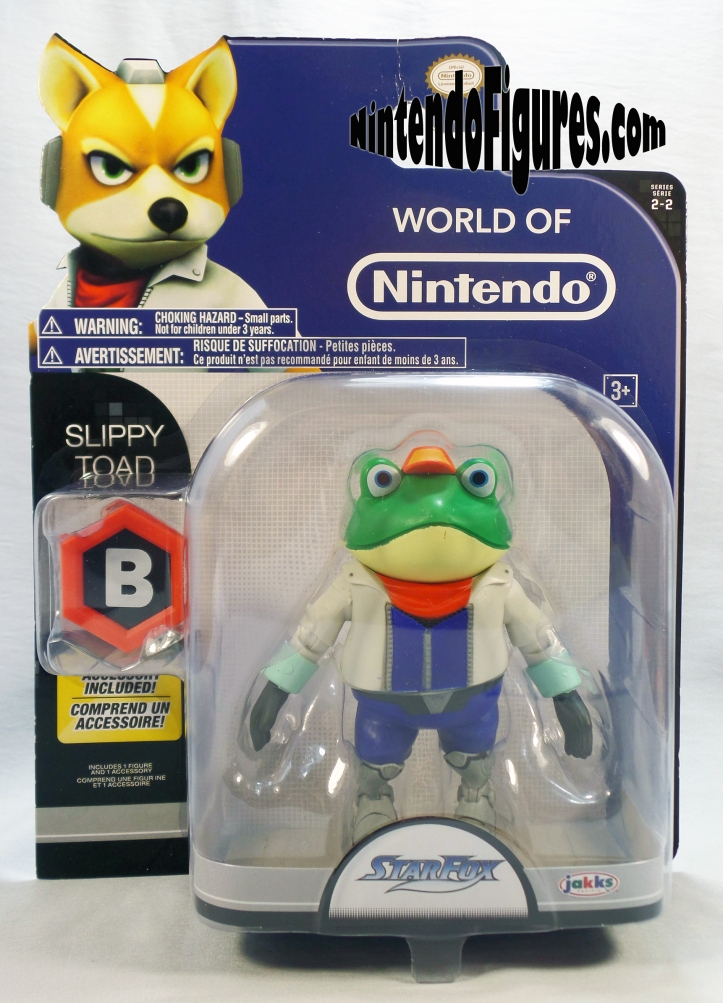 Box – While there is nothing new about the art style here, one thing I didn’t mention in my recent World of Nintendo Cat Mario Review is that Jakks has changed their packaging!  Instead of having tape on the backside of the cardboard that had to be peeled off or cut with scissors to get the figure out, they have gone with a more traditional action figure design where you just pull the plastic off the cardboard.  This is way easier to open and a very welcome change! 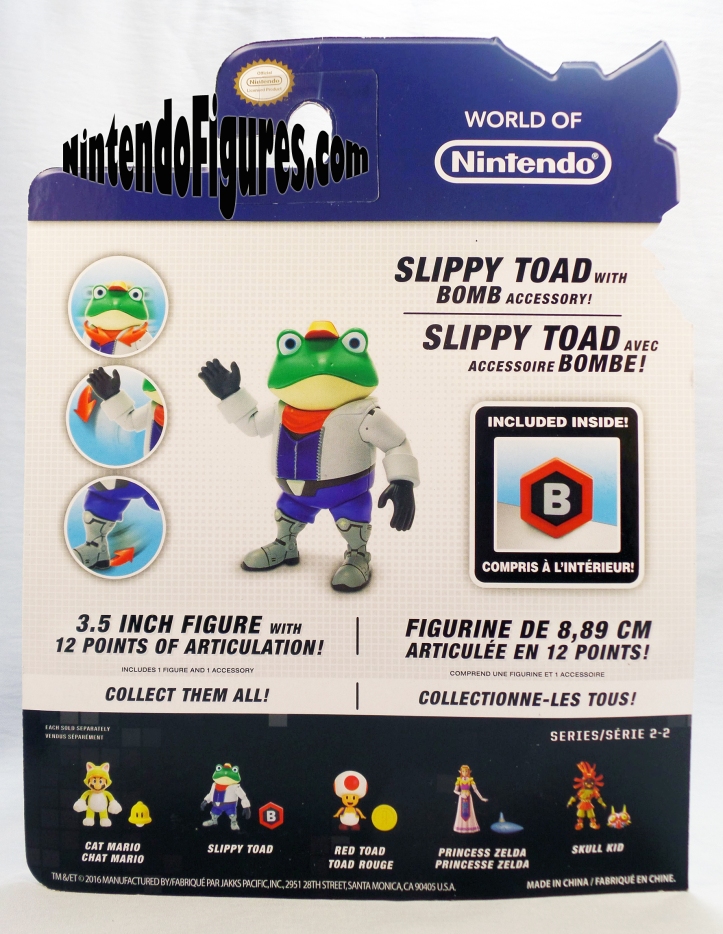 Articulation – Slippy has 12 points of articulation which is about average but unfortunately, I would say he isn’t all that easy to pose.  His arms are easy to use and work with and I like that he didn’t come with his hands in fists like Fox.  It makes Slippy just a bit more expressive.  Slippy rotates at the waist and mine feels loose and is almost hard to get him to stay in a position once you’ve rotated it.  This is obviously disappointing.  Slippy’s head and legs move in the ways you would expect for World of Nintendo.  The difficulty I ran into is that slippy is top heavy and very hard to balance as a result.  Slippy could not do an interesting running pose and I found the waving or gesticulating type of pose to be about all you could get (unless you want Slippy to have his hands up in the air like he is surrendering!) so this is below average for World of Nintendo and a bit disappointing even if all of the Star Fox figures thus far have had a few issues. 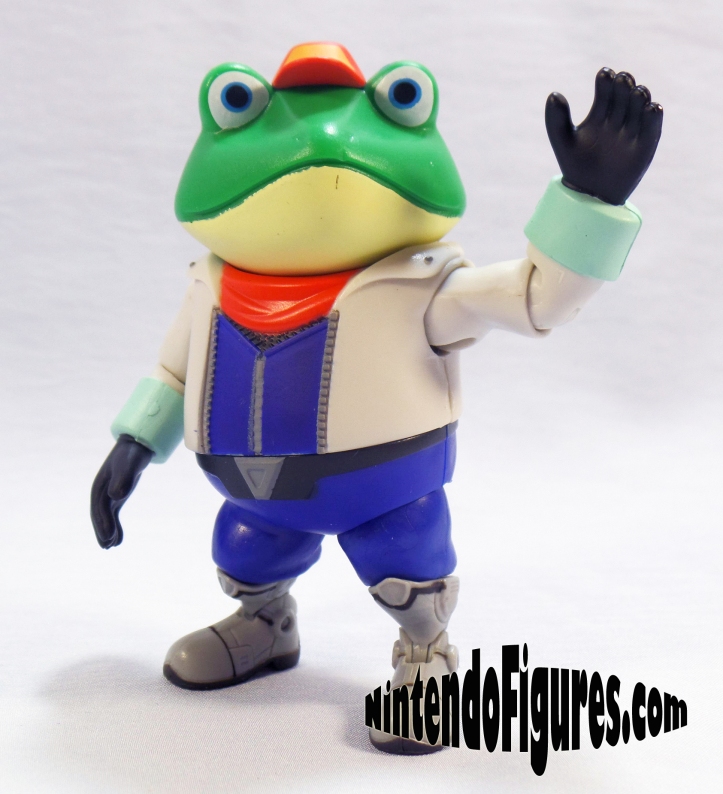 Paint – The bigger issue is the paint problems.  Slippy has some paint slop (or places where the wrong color should have never been applied) like on his chin.  The paint around here his mouth is is also messily applied and easy to spot in pictures.  While it doesn’t show up in pictures, the blue on one of Slippy’s knees has cracked paint which is fairly noticeable in hand.  Slippy has a simple design like the other Star Fox characters so for there to be this many issues is surprising.  Unfortunately, I can’t compare this figure to other Slippys but I hope that they are in better shape than this one turned out to be.  World of Nintendo has always had mixed results as far as paint quality goes and this figure is one of the weaker ones I have purchased. 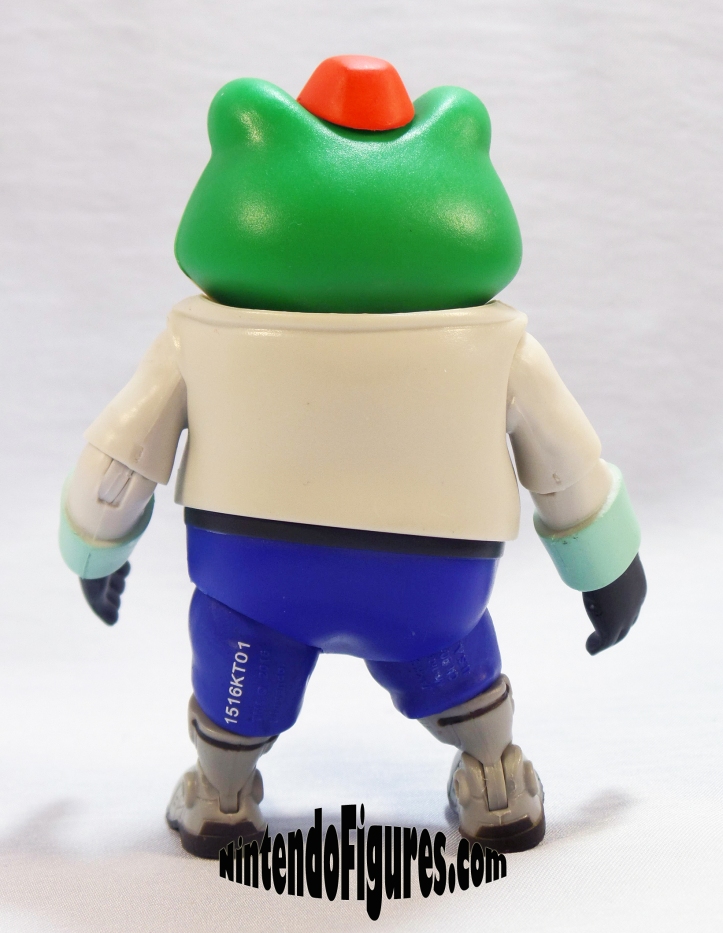 Accessory and Display Options – In a surprise twist, Slippy does not come with an Arwing accessory.  Instead, we get a Bomb “Power-Up” just like in Star Fox.  The Bomb looks great as far as paint goes though I’m not quite sure what do with it.  Slippy will kind of hold it (though why would he be carrying it around?) and I think it could look cool if there was an Arwing figure out there but because there isn’t, the accessory is not the most useful.  Perhaps someone more creative than myself will put it to good use. 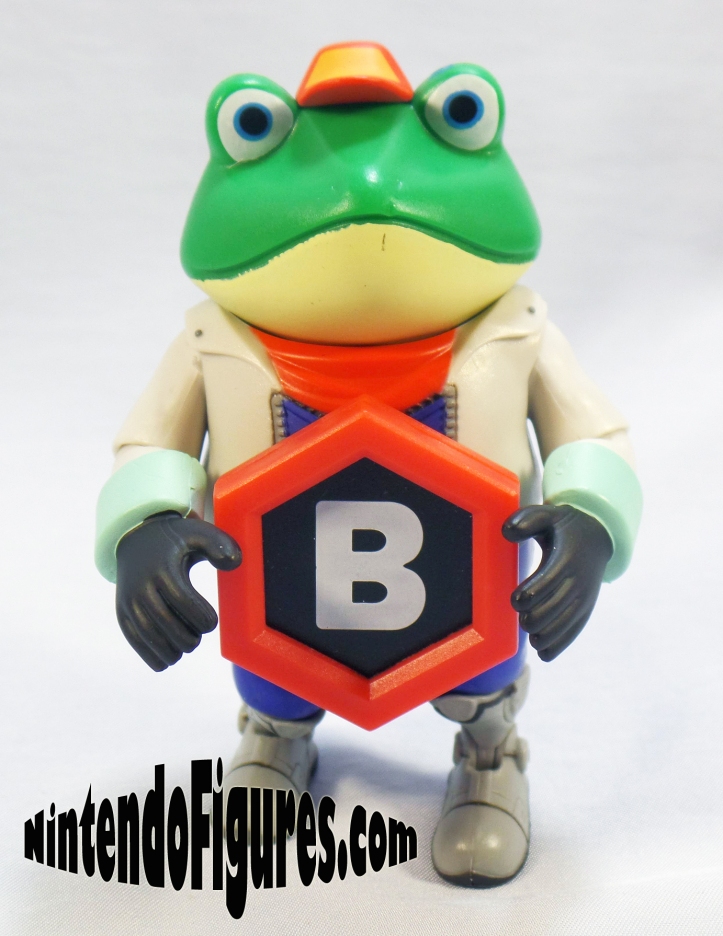 As my Star Fox squad is slowly being assembled, I decided to make a group shot with the team hanging out between missions, talking strategy.  This scene is really what collecting these figures are all about and I love how it looks.  Despite quite a few disappointing aspects of this figure, seeing 3/4 of Star Fox together really helped make up for it.  I look forward to adding Peppy to this group in the near future! 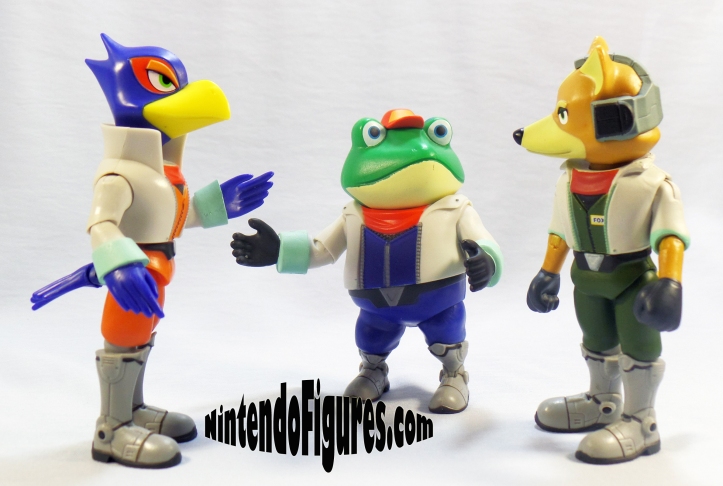 Closing Thoughts – If I had paid any more than $10 for this figure, I think I would have been really disappointed.  This is one of the worst World of Nintendo 4″ inch figures I’ve purchased and that is too bad because Slippy is underrepresented in figure form.  I hope that the paint issues was just bad luck on my part and do shop around (and look carefully) if buying online so that you can get a higher quality figure than what I purchased.