While the original Skull Kid (2.5″ inch figure) came out a while ago, it was actually right around the time that I started losing interest in collecting the 2.5″ inch figures and Skull Kid ended up being rare so I never bought it despite being interested.  I was really glad to see Jakks Pacific decide to release the figure in 4″ form and making Skull Kid fully articulated.  This is absolutely one of those characters you would have never guessed we would get an action figure of as well.  If that wasn’t enough to wet your appetite, Skull Kid is very unique and unlike any other World of Nintendo figure I’ve reviewed so let’s jump into it! 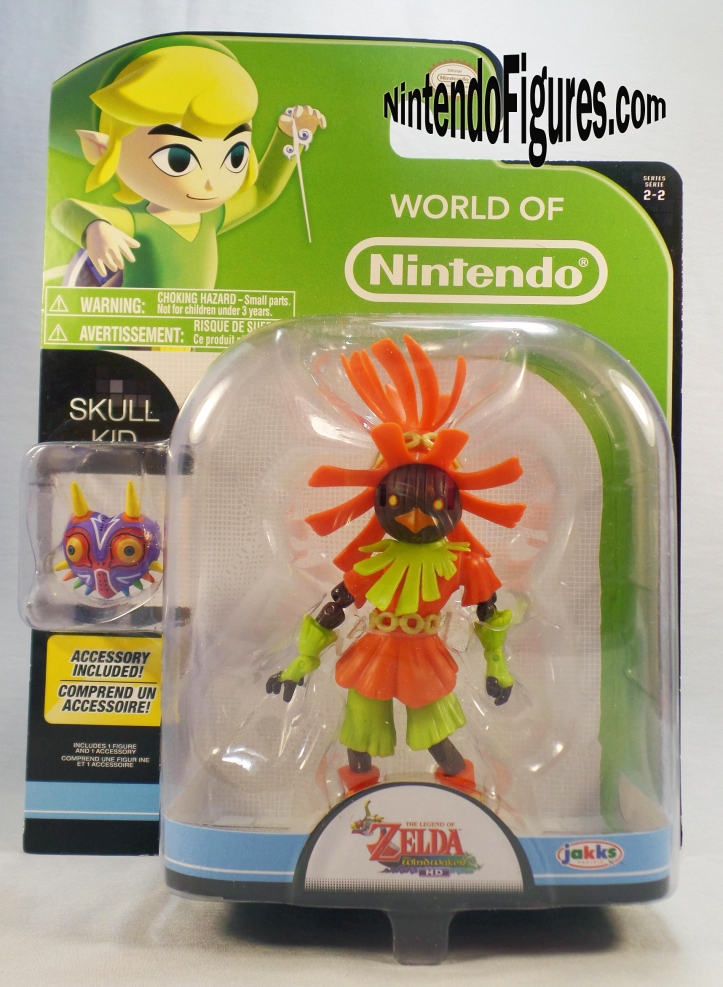 Box – Does something seem off with the packaging here?  Amusingly, I got one of the error versions of this figure though it is very common and from what I can tell, Jakks Pacific has restocked it since with the correct box design.  This figure is included with the same wave as Cat Mario and Slippy though Skull Kid seems to be the rarest of these figures.

Articulation – This figure has pretty good articulation which is always nice to say in a World of Nintendo review.  However, the figure is VERY loose.  The arm articulation in particular is so loose that it feels like the arms won’t stay posed.  This really surprised me because that is not all that common with World of Nintendo.  The legs are a good bit better though still on the loose side.  Because his legs and feet are relatively thin, it is a little challenging to pose Skull Kid and keep him standing but not as bad as some figures I’ve reviewed like Villager.  The hands are interesting on this figure because of the way they’re configured.  It does lead to some dramatic poses though making it look like Skull Kid is doing something mundane like walking is much harder than other World of Nintendo figures as a trade-off.  Despite a few issues, the articulation is good and Jakks Pacific deserves credit for that.  I can’t say whether all Skull Kid figures are loose but I hope that is not the case because it may impact the long-term usability of this figure, especially if it can’t hold a pose any longer.

Paint – One area that probably could be slightly stronger is the paint.  The problem is not in the application like it so often is but actually with the colors chosen.  They are too bright and garish to match the darker tone of Majora’s Mask unfortunately.  While that is not ideal (and seems like it could have been fixed), what is really good about this figure is the mask.  While technically an accessory (more on that in a second), the paint job is really nice on the mask and some of most intricate paint work and decals I have seen Jakks Pacific attempt.  They certainly deserve credit for that and on the whole, I would say that this averages out to being a normal World of Nintendo figure in regards to paint.  Skull Kid isn’t perfect but is still solid overall. 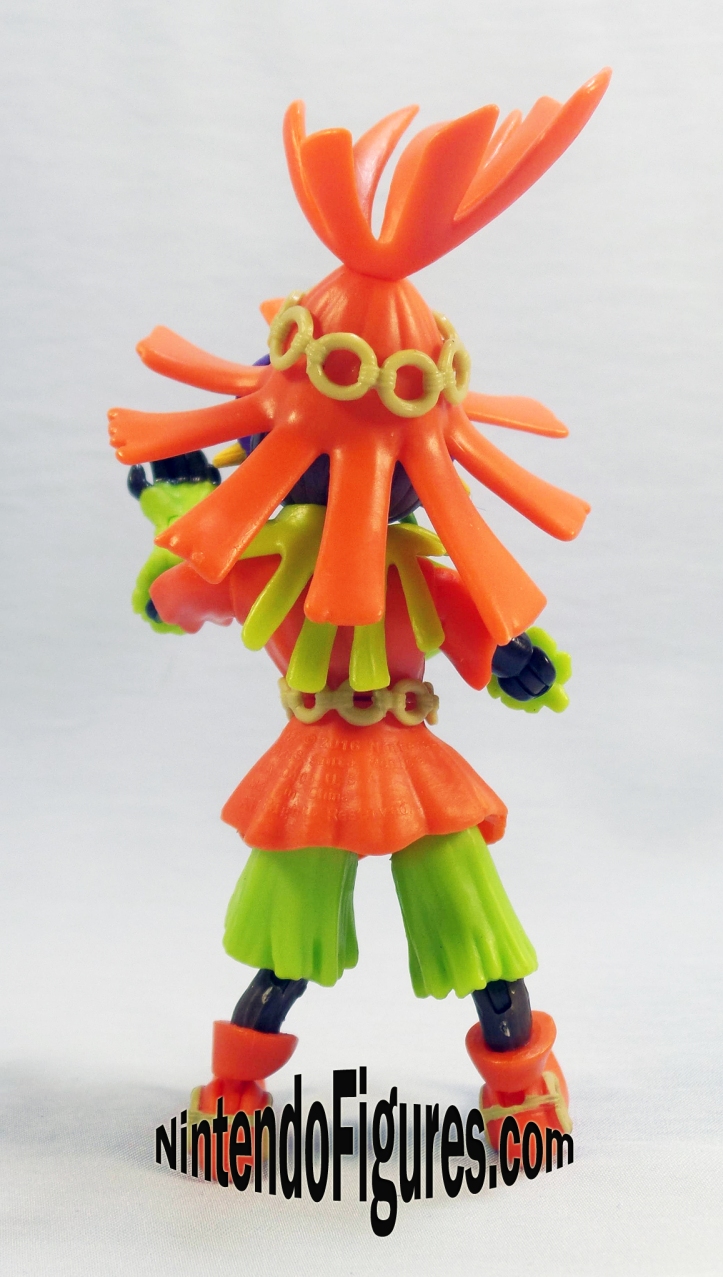 Accessory – The most interesting part of this figure is the mask because it gives you some different display options.  As I mentioned a second ago, the mask looks great and having Skull Kid wear it, is most likely the preferred way to display this figure.  While the head is articulated and can turn from side-to-side, it is looking downward which is perhaps a limitation for this figure.  What is interesting is that Skull Kid can hold the mask (though not easily) and he also can be displayed without it if you choose.  Obviously, the holes in his face make this option less appealing but it was nice of Jakks Pacific to at least give us the ability to see and display Skull Kid without the mask and it is a small advantage of this figure over a statue of which there are a couple out there already.

Closing Thoughts – While Skull Kid certainly has a lot of interesting choices whether it is the detachable mask (which ended up being a great decision) and the interesting paint color choices (which was less of a good decision), the figure is undeniably unique.  I don’t have a great read on how rare this figure is but I do think it is not a common one overall which is a shame because I think this figure deserves a place in any Zelda fan’s collection.  I don’t think we’ll see too many more Skull Kid figures in the future and this is certainly something that is fun to play around with and pretty decent to display and that is really what we want from World of Nintendo.