Since there have been a number of developments with Amiibo and a lack of coverage of Amiibo on the site lately, it is the perfect time to do another figure review.  The biggest change is that there are basically no rare Amiibo anymore and I’m starting to realize that there is little reason for keeping all of my Amiibo boxed, especially relatively common ones.  I also had always intended to do some kind of comparison between the Olimar Amiibo and the World of Nintendo Pikmin figures so I’m happy to take the opportunity to do that too.  Finally, as you may have heard, new Super Mario Amiibo come out next week and I need to shake off any rust I may have from not reviewing Amiibo for quite some time so let’s get started! 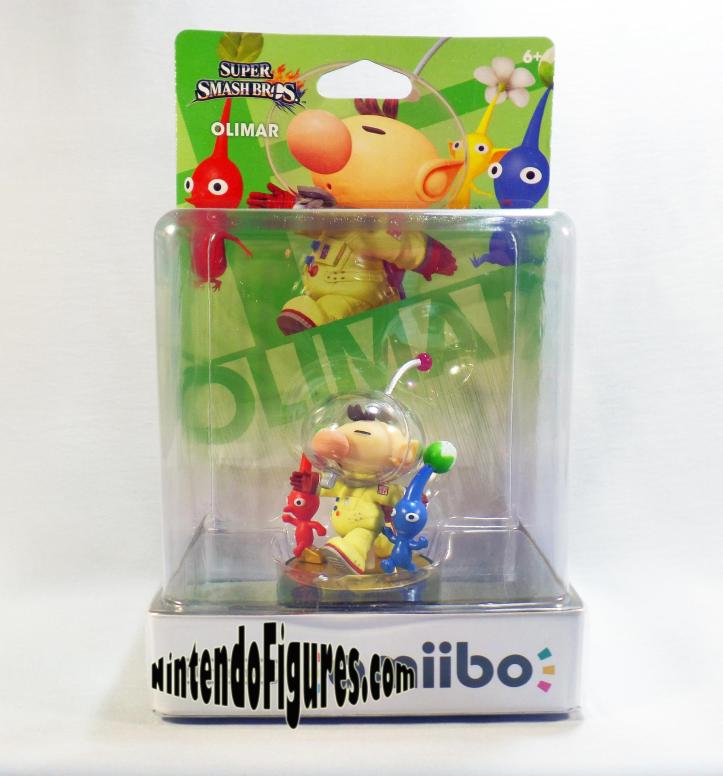 Rarity and Packaging – As I suggested in the opening, Olimar was a common figure on release and while I don’t see him in stores all that often, he is available for slightly under retail price ($13) online so you should have no trouble picking this figure up.  One of the reasons I never opened this Amiibo is because I like the relatively unique shade of green on the packaging.  It stands out against other unopened Amiibo and looks great.

Pose – While I’m a huge Pikmin fan, I’ll be the first to admit that Olimar is not the most interesting character as far as design or action goes.  In Pikmin, you see him running around from a top down view that is pretty zoomed out so he tends to not be a very detailed or dynamic character.  With that said, Nintendo was smart to show him running with Pikmin for the Amiibo.  This also one of the few Amiibo that features multiple characters on a base and in this case, we get four characters in total which at least for now, is the highest amount on any Amiibo.  What is also cool about this figure is that you can view it from any side except for the back and enjoy the small details.  The back view exposes the gold Pikmin stands which was an interesting color choice and certainly stands out in the wrong way.  Overall, the pose is not amazing but it works for the character and it is hard not to appreciate how well this Amiibo displays. 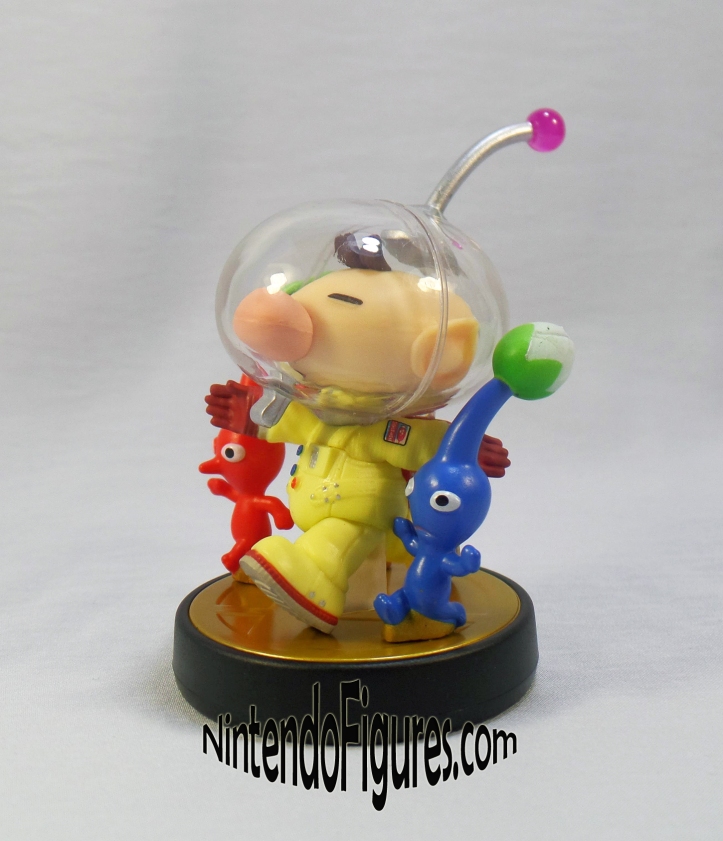 Paint – Much like with the posing, Olimar does not have a ton of details to show off Nintendo’s generally great paint applications.  What is nice are the little buttons on Olimar’s suit and the patches on his shoulders.  They all look clean which is impressive considering how small they are.  There is one paint issue with this Amiibo unfortunately.  The Blue Pikmin has a poor paint job on his white flower bud and there is a noticeable mold line that runs across it.  This is very uncommon for Amiibo and hopefully most Olimars don’t have this defect.  It can only be seen from certain angles but it is one of the few faults I could find.

Amiibo vs. World of Nintendo – So the big question is, which one is better?  One thing to note is that there is a cost difference involved.  If you get Olimar and the Pikmin in World of Nintendo the retail cost is $24 (and with the Purple Pikmin, it would be $30).  These figures are hard to find in retail and would almost definitely cost more online.  However, I do think the Pikmin look nicer and are more detailed for the cost.  The World of Nintendo Pikmin’s height also really works better than the Amiibo’s.  While the Amiibo has a better Olimar figure (not least of which because it stands easily whereas World of Nintendo does not, click here to read more about it).  Ultimately, despite the cost and the static poses, when I lined up these figures for the picture you see below, I liked the World of Nintendo figures better which surprised me.  Amiibo generally are higher quality (and the paint certainly is) but I think in this case, World of Nintendo is the better choice.

Closing Thoughts – While it is not one of the highest quality Amiibo, Nintendo did well with Olimar and it is definitely unique compared to other Amiibo.  Pikmin is a franchise with limited figure options in the United States (Check out the Pikmin Figure Guide for more info) and for $13, you get a good value for money.  With a Pikmin video game release on the horizon, perhaps we could see a new Amiibo that is even higher quality than this one come out in the future.  What are your thoughts on the Olimar Amiibo?  Is it one of your favorites in your collection or not so much?  Let us know in the comments below!