As much fun as Diddy Kong was to review, I’m equally excited to bring you a review of the new Wario Amiibo facing off against the older Smash Brothers one.  Nintendo has perhaps played it a bit safe when it comes to Amiibo variations and alternate costumes for their figures and Wario is a nice exception to that.  You get two very different looks for one great character.  I’ve been a big Wario fan for many years which makes me extremely excited for this review.  After all, who doesn’t feel a bit lazy and yet want to be rich like Wario always does?  Let’s find out which one of these figures is worth your hard earned gold coins if you can only buy one! 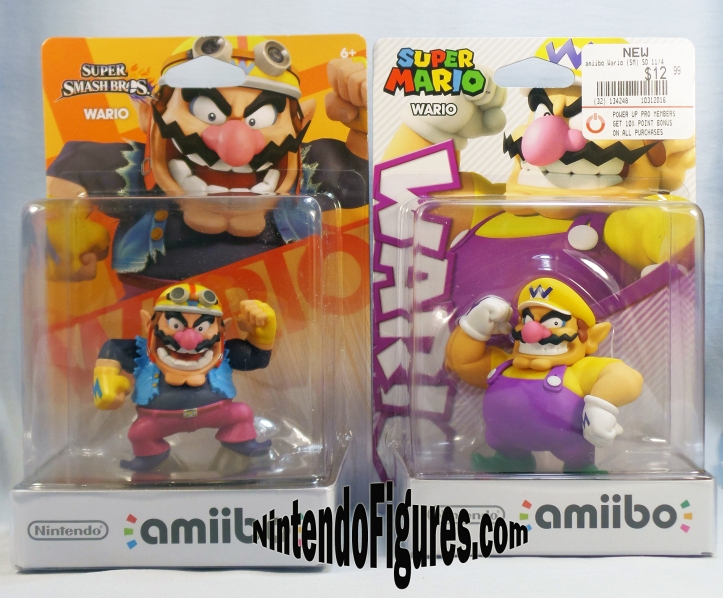 Packaging – One area where it is hard to separate these two Amiibo is the box art.  Smash Bros. Wario has a really nice color that stands out and the picture of Wario in the background looks good too.  Super Mario also has an excellent design and the style of the text fits Wario better than with the Smash Brothers Amiibo.  Ultimately, you can’t go wrong with either one of these Amiibo if you’re keeping them in the package.  They both look great. 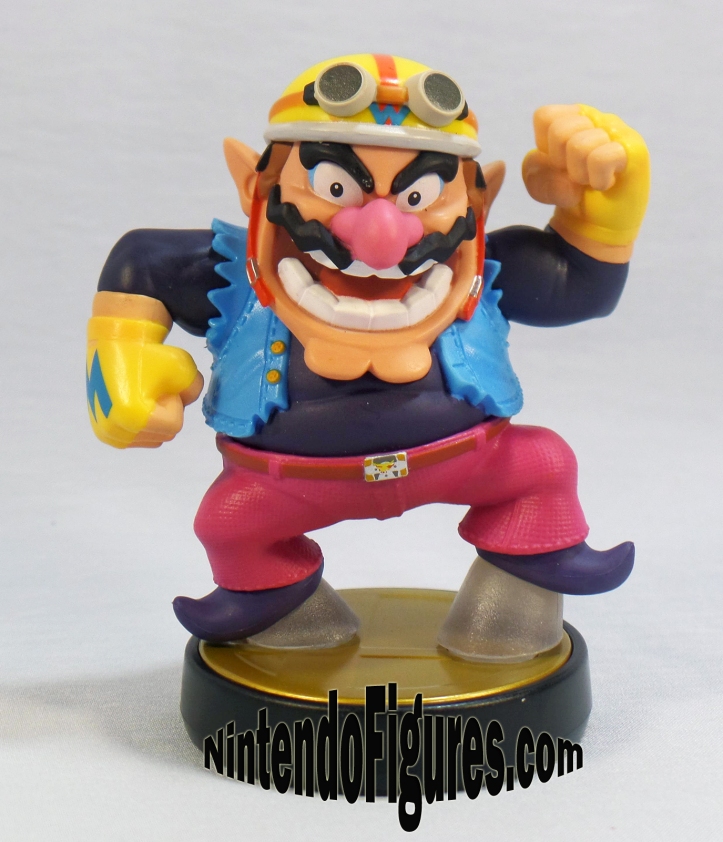 Pose – The pose of these two characters seems very similar at first but the more you look at it, the more differences you spot.  For one thing, both Wario Amiibo have one hand up and down.  They both look like they might be flexing though the Smash Brothers somehow looks a bit madder.  It also has to use a clear stand to keep Wario upright because of his odd stance.  I’m not sure exactly what Wario is doing here or if the stands were completely necessary.  Wario’s face also stands out because his mouth is open and he looks as if he is about to yell at his opponent.  Overall, the pose of this figure is a little unclear and mostly gives off the feeling that Wario is mad which works but not especially well.

The Super Mario Wario has a clearer expression.  Wario is flexing his out of shape arms and looking confident that he is going to win.  His grin is easy to see and a trademark of the character.  While Smash Bros. Amiibo looks a little short and too skinny, the Super Mario one looks like the lazy, overweight Wario we know and love.  While you could argue that this pose is less dynamic, I think it is instantly recognizable.  For these reasons, the Super Mario Amiibo takes this category. 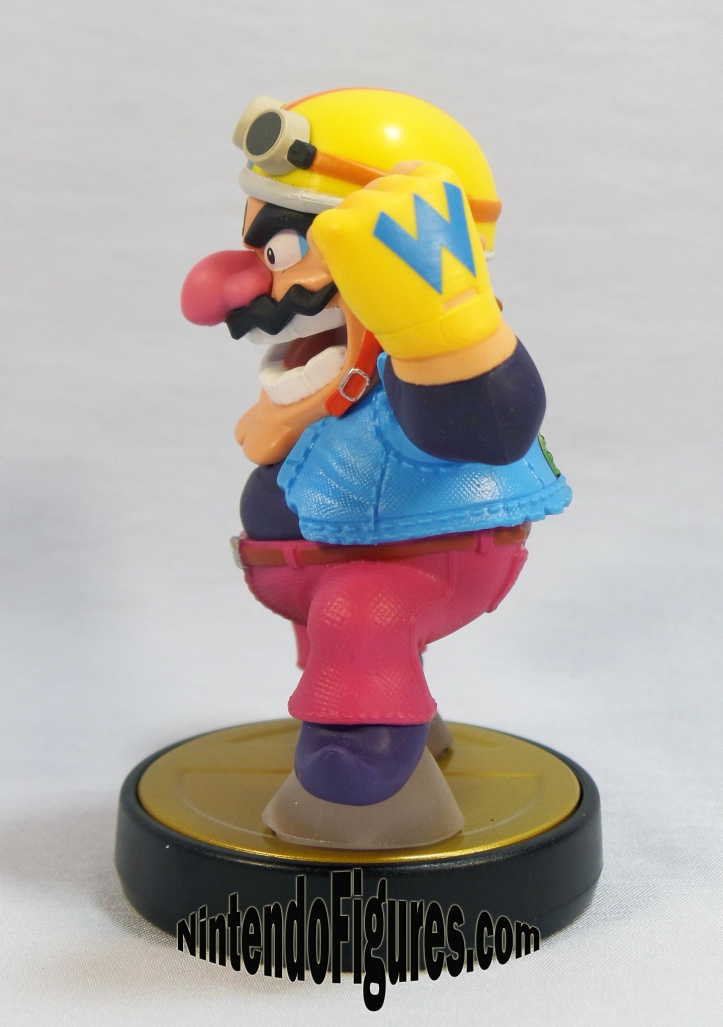 Outfit – This is a category I usually don’t cover in a Battle Review but it is an important part of this review.  The Smash Brothers Wario comes in the WarioWare biker outfit.  While Wario has often been associated with interesting vehicles, his motorcycle has become famous in Smash Brothers.  While many of us love Warioware and Smash Brothers, the biker outfit is not as iconic as the Super Mario outfit.  In every other game, including his own platformers that started in the Game Boy days, this is the outfit Wario has had.  It is classic for a reason and with more striking colors, most Nintendo fans are going to want this version of Wario.

Details – One area where the Smash Brothers Wario excels is with the details.  There is a lot going on with his outfit from the goggles to the W logo on his gloves to the chinstrap on the helmet.  These little details show the quality and care put into Amiibo by Nintendo. Perhaps the best part of the design, and a sign that Wario can be displayed from any angle, is the Warioware decal on the back.  It looks cool and is a nice touch on this Amiibo.

The Super Mario Amiibo does lack in the details.  Everything is simple and clean which goes back to the classic design Wario was given for Game Boy.  The W logos are probably the best detail on this figure though I also like Wario’s grin.  This is something you see a lot in game art.  My only complaint is that I wish they added black lines in between the teeth like you see in the games.  This is hard to do because black paint is really hard to cover up with white (it usually takes multiple coats and if not done well, it looks bad) but it would really make Wario’s grin stand out and make this Amiibo even stronger.

Closing Thoughts – It would be easy to pick the Super Mario Wario just because it is the design we know best but ultimately, it is a better designed figure.  The Smash Brothers Wario is small and kind of flat-looking.  His face in particular looks odd when compared to the other Wario.  That isn’t to downplay the strengths of the Smash Wario, it is a unique figure and well worth owning if you’re a Wario fan, however, the Super Mario Wario is better designed, has a nice amount of girth (to capture Wario’s chubby nature), and is a fun figure to own and display.  Not to mention the fact that it looks great when displayed next to Waluigi if you’re also a fan of that character!  These are just my opinions though.  Now it is your turn!  Do you own either of these Amiibos?  Which one is your favorite and why?  Let us know in the comments below!