With all of the Amiibo releases lately, I have to admit that I have not been doing a great job reviewing World of Nintendo figures lately.  Part of that is because I haven’t seen many of the newer releases in stores where I live.  One thing that did catch my eye recently is this Orange Squid from Splatoon in the 2.5″ World of Nintendo line.  Since Splatoon is quite popular and sure to be a big franchise for Nintendo going forward, I think many of you might be interested in this product and want to know if it is worth owning.

Box – World of Nintendo has debuted a new style of packaging for Splatoon and I think it looks fairly good.  I don’t know how I feel about the black background but I definitely like the paint splashes everywhere.  World of Nintendo rarely has as cool of packaging as Amiibo but I think this looks visually appealing and captures the appeal of Splatoon which is the most important thing. 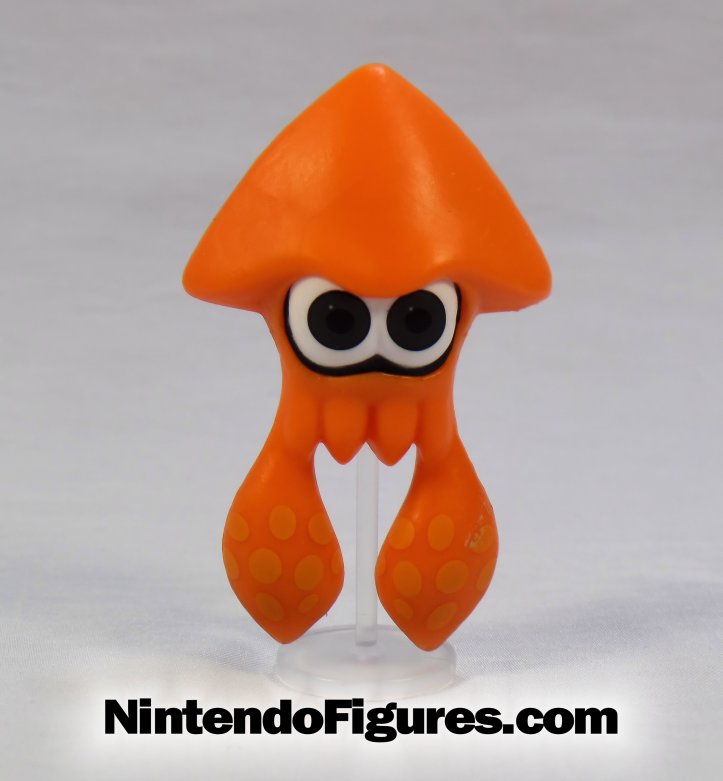 Articulation – As you may know from previous reviews or if you’re a World of Nintendo 2.5″ collector, these figures generally have limited articulation.  Orange Squid continues this trend and actually has no articulation whatsoever.  To help make up for this, Jakks Pacific did include a nice display stand so you can show off the Orange Squid and get it to stand up.  I’m glad they included this for display purposes and it does help make the figure feel worth the price.  While the World of Nintendo figure doesn’t look as good as the Orange Squid Amiibo, shown above, it is a nice, cheap way to show off your love for Splatoon and would be great on a desk. 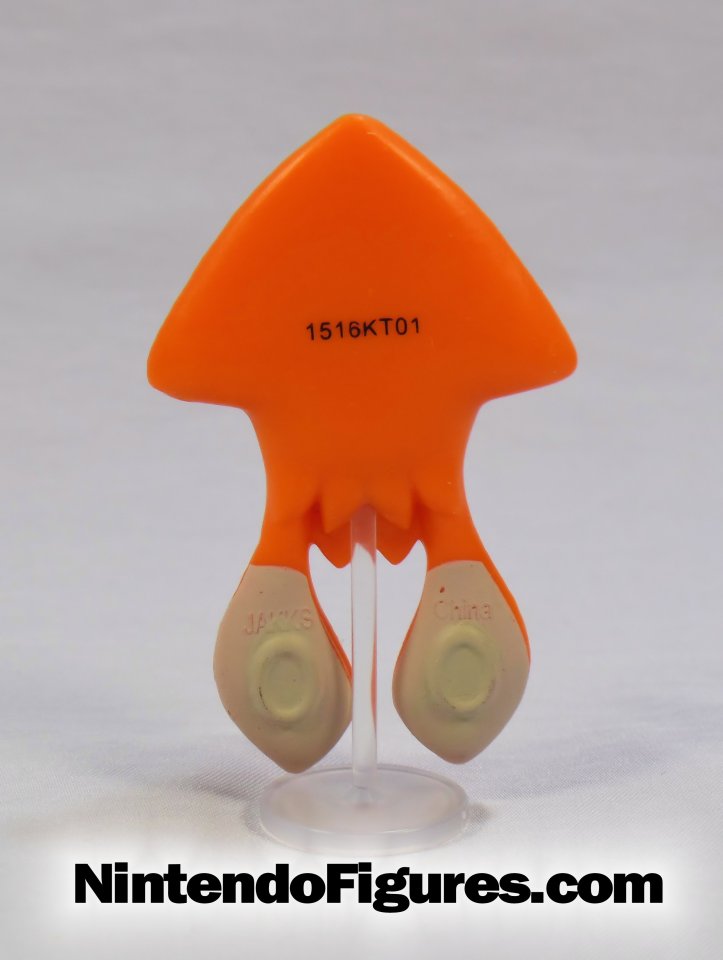 Paint – There was only one Orange Squid at the store when I bought this and because I was able to score a great deal ($4!) on it, I let one noticeable paint issue slide.  There is some paint spilled on the bottom of one of the tentacles that is a little distracting.  If not for that, I think the paint would be solid on this figure.  The orange spots look nice and the eyes (which are hard to capture on film) look excellent too.  The back of the figure does not look very nice but since it is completely flat and not designed to be shown off, this is forgivable.

Closing Thoughts – Your opinion of this figure will depend heavily on how much you have to pay for it and if it has any paint issues.  If you can get this for a good price ($4-5), it looks great on a shelf or desk.  Because the figure is small and thin, it isn’t not one of the best 2.5″ inch figures from a value standpoint but the Orange Squid is pretty well done.  I’m not an especially big Splatoon fan and I can still see the charm of this figure and am glad I have added it to my collection.  I hope that we will see more Splatoon figures from World of Nintendo in 2017.