If you haven’t been following Amiibo news this week, there are a couple of pretty big developments you should know about.  First, Nintendo recently did a Fire Emblem focused Nintendo Direct and as they have done frequently in the past, they announced new Amiibo!  Alm and Celica are coming in a two pack to support Fire Emblem Echoes on May 19.  Fire Emblem is a pretty hot Nintendo franchise so it makes sense to release more Amiibo for this series.  I don’t play the Fire Emblem games personally and I still think the Fire Emblem Amiibo are some of the best Nintendo has done so this is definitely something to be excited about.  These two new Amiibo look great and the packaging is especially impressive.  The only potential concern I have is that Alm’s armor could look really good or kind of cheap and plastic looking depending on the paint so it will be curious to see what the Amiibo looks like in-hand.  It is curious that Nintendo still has not announced a release date for Corrin, another Fire Emblem character who was announced months ago but I think Fire Emblem fans will welcome these new figures regardless.  Here is a look at the new two-pack: 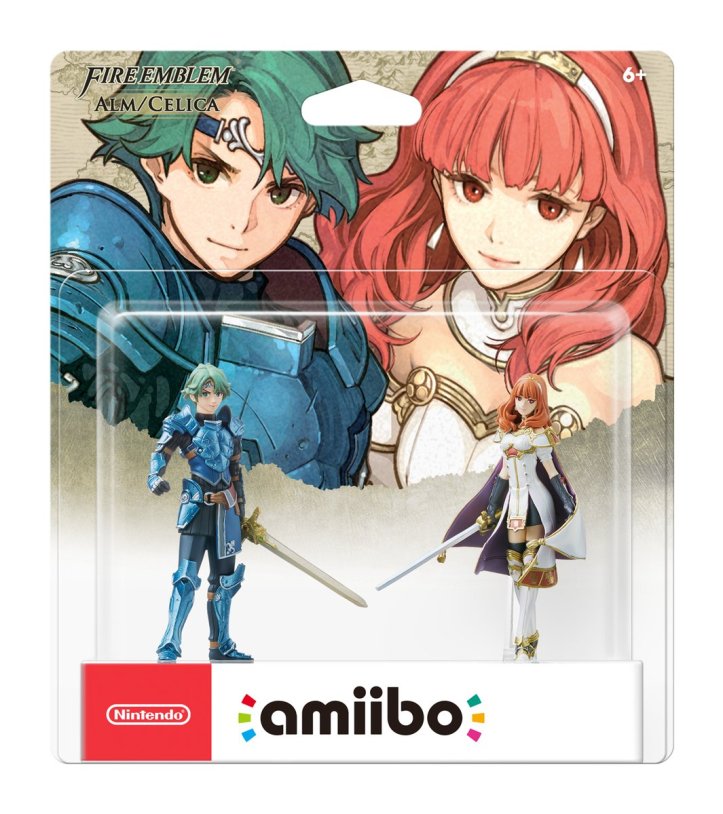 As exciting as this news is, it is becoming clear that Nintendo has increased the price of Amiibo.  This first started showing up with Zelda Amiibo preorders and with those prices now seeming uniform at every retailer, it is safe to say that Amiibo prices are going up.  Ever since they first came out, Amiibo have been an affordable $13 a piece with a few exceptions.  Well starting with the new Zelda Amiibo and I assume with these Fire Emblem Amiibo, a basic Amiibo will now cost $16.  As far as we know, there is no real increase in quality or features with the Amiibo so it is probably safe to assume that this is more about the cost of making Amiibo going up than anything else.  I can only share my own opinion here but $13 feels a little more like an impulse buy than $16.  Amiibo are high quality but I don’t know if they feel like a great deal at $16 in the sense that their functionality is relatively limited and unexciting.  Nintendo needs to give their fans and collectors a reason to use these cool mini-statues or the casual fan may stop buying them. With that said, I will still collect Amiibo regardless of the price and while I’m not excited about the price increase, I accept it and will continue to cover them on the site as best I can.  I want to thank Mr. Panda of Mr. Panda’s Video Game Reviews for first bring thing price increase to my attention.  What are your thoughts on the new Fire Emblem Amiibo?  Will the price increase change the way you buy Amiibo at all?  Let us know in the comments below!