It seems like at any given time there is always one hard to get World of Nintendo figure I’m seeking and it takes weeks, if not months to get lucky enough to track it down.  For me lately, that has been Star Power Mario.  I collect most 4″ Inch Mario figures in World of Nintendo and when I saw a shiny new one, I had to have it.  With a figure like this that is harder to find, you always have to ask yourself: is this figure worth the trouble?  What makes it different than the other Mario figures that have been released?  Find out in the latest World of Nintendo review! 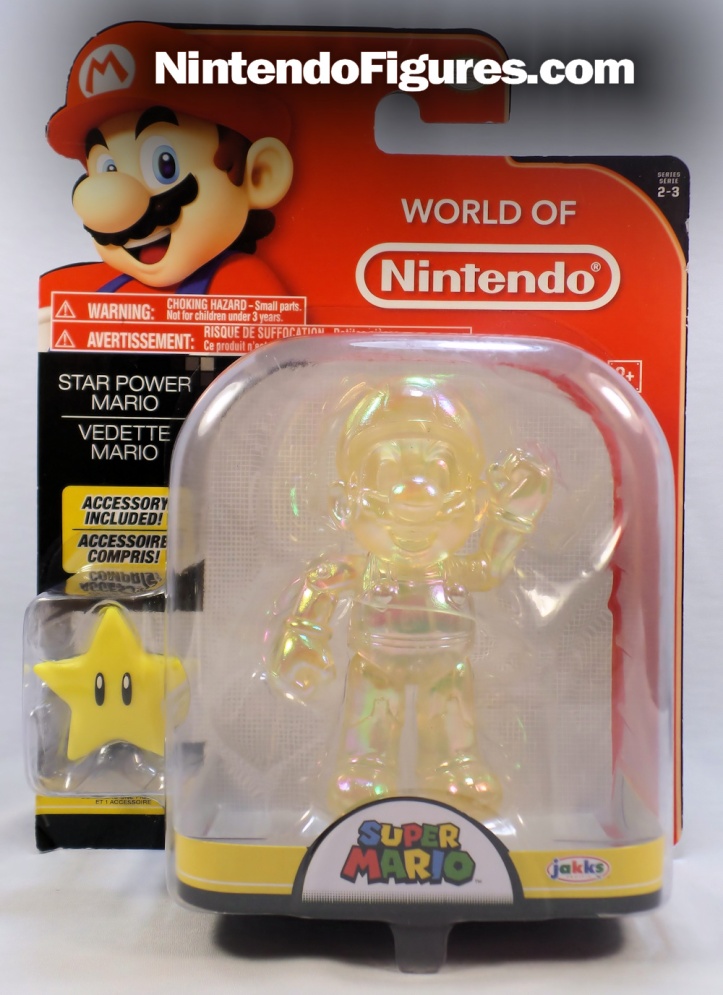 Box and Rarity – The packaging is typical of Mario figures and while this design has worked well thus far.  Jakks Pacific might considering shaking it up at some point and giving us something a little different.  With that said, the 4″ Inch Star Power Mario appears to sell for slightly above retail price online which is a sign of rarity.  It is still much easier and cheaper to get than the 2.5″ Inch version so if you like the look of this figure, I would recommend picking it up sooner than later. 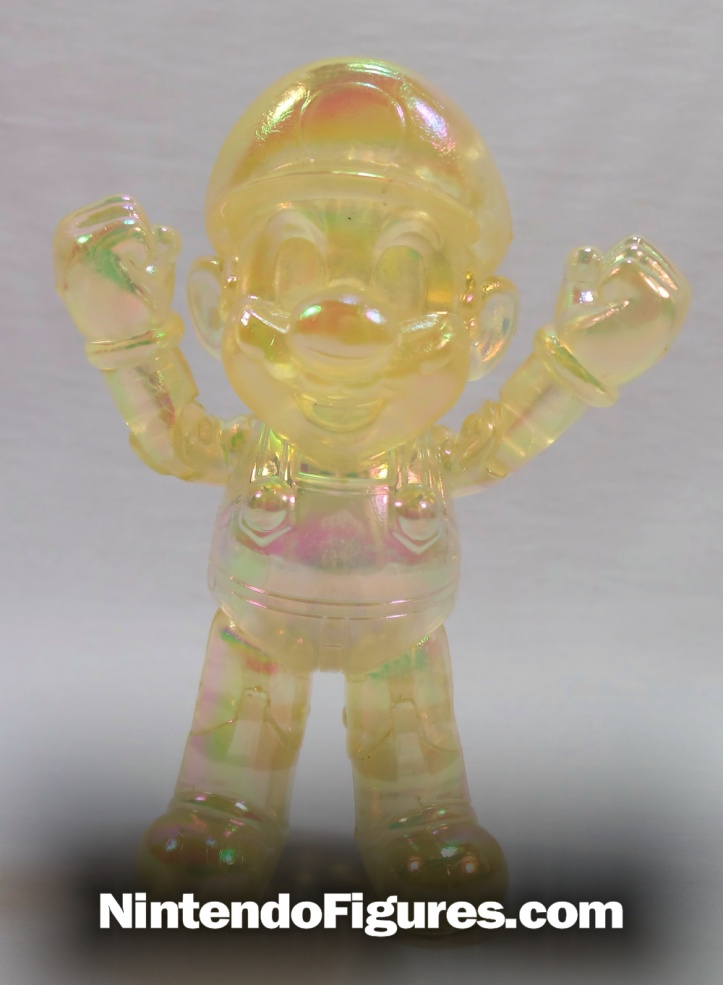 Paint – I’m going to start with the paint on this figure because that is obviously the main draw.  This is one shiny figure!  The paint has a nice phosphorescent appearance that shines in many different colors under the light.  It looks yellow more than anything else but you can also see a little green, purple and blue in places too.  I think this is about as close as you can get to capturing the sparkling effect of the star power in Super Mario especially for a regularly priced action figure.  Jakks took a brave and clever concept and really nailed it here.  This is a very unique paint job that will stand out in your collection. 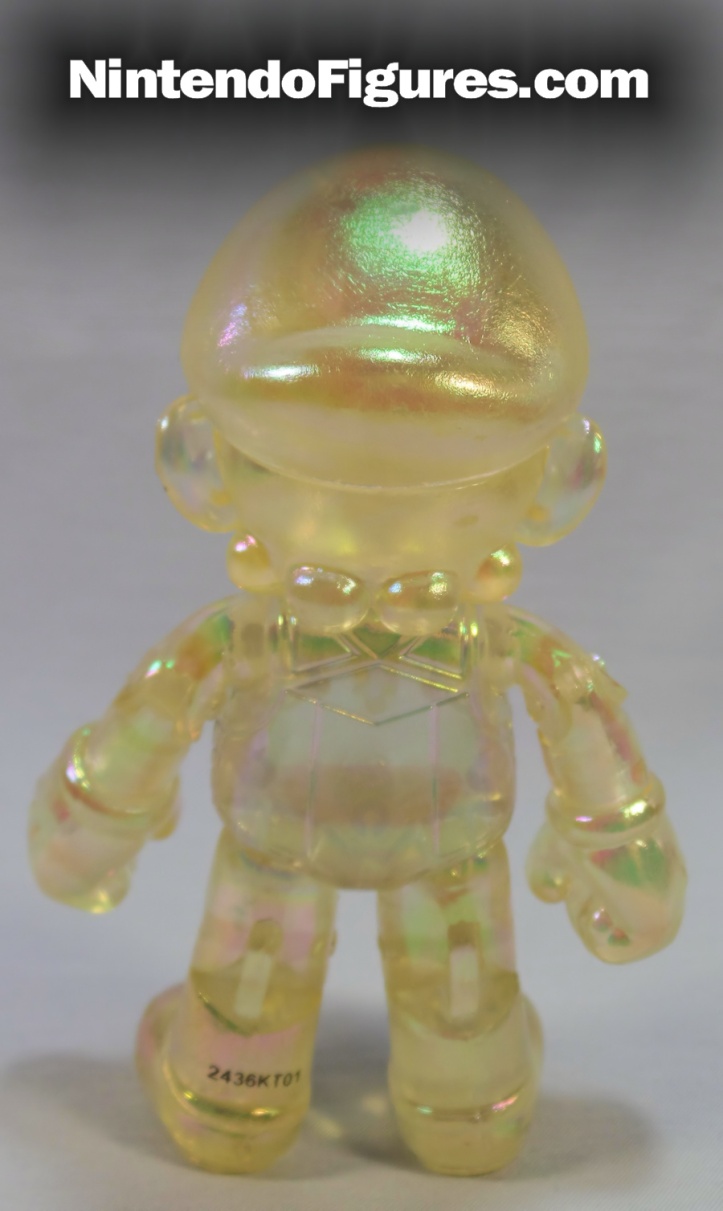 Articulation – If you’ve purchased any other Mario figures, chances are good you have an idea of what you’re getting here.  Mario bends at the knees and elbows and shoulders.  His head can barely move from side to side so most of your posing will involve his arms and legs.  I was impressed by the running pose I got out of Mario but outside of that, there isn’t anything too remarkable here.  You won’t be able to get a lot of dynamic or interesting poses out of this figure but that is fairly normal with World of Nintendo.  Since Mario has a simple character design, this helps offset the somewhat limited articulation.

Accessory – Perhaps the least surprising thing about this figure is that it comes with a star.  This is a new accessory to World of Nintendo and a welcome one, especially since the paint is perfect on mine.  Mario can’t hold the star very easily but like other accessories, you can display it next to him if you like.  It is nice that if you’re collecting a lot of the Mario figures then this is another accessory that will fit in with your collection and could be used in some fun ways. 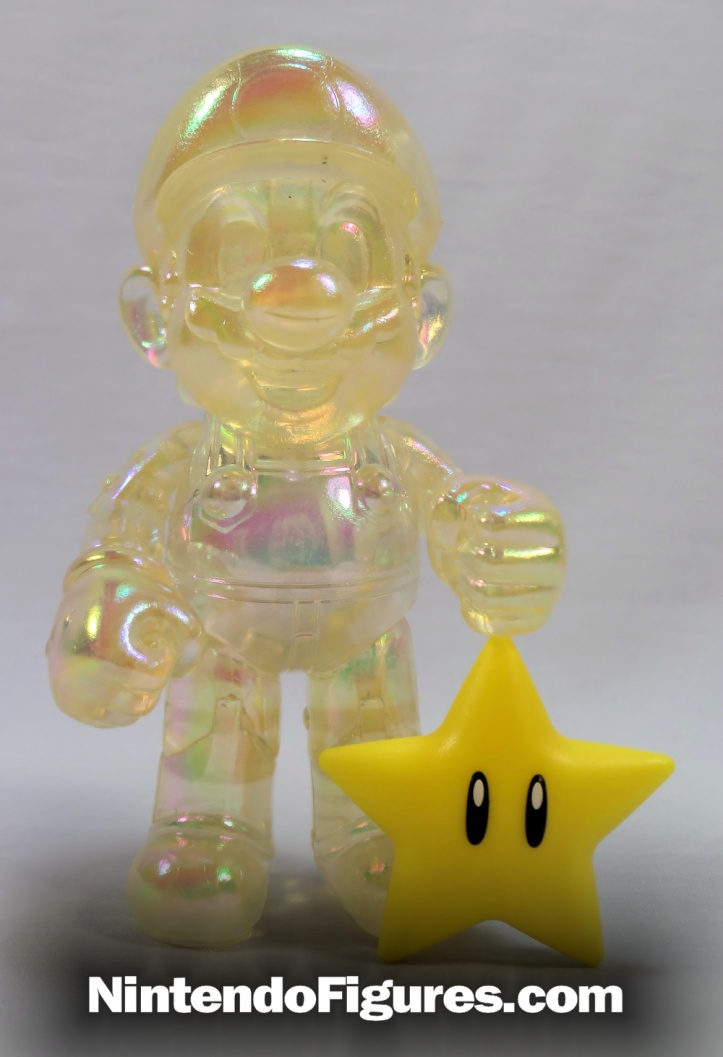 Closing Thoughts – This is now my 4th Mario figure and while I really do love all of them, I definitely think this is the coolest looking Mario figure.  It doesn’t have the fun poseability that Cat Mario has and the Star power is cool in the video games but not as cool as the Tanooki Suit (in my opinion anyway) but Star Power Mario is still among my favorites.  It is a little hard to get, a cool concept done well, and it is just a fun figure to show off.  Jakks Pacific have really made a winner here and I definitely recommend this figure if you can find it.