A while back, I did an article suggesting that Nintendo considering dropping the license with K’Nex and making an actual building toy line that would appeal to young and old Nintendo fans.  According to Kotaku, an idea similar to this is in the works and while license isn’t coming directly from Nintendo (and instead the Pokemon Company), someone is finally bringing us some toys based on building blocks!  The company that was once known as Mega Bloks who had or have several video game licenses including Assassin’s Creed and Halo will be getting the Pokemon license.  There is limited information as far as what the sets will be like but it looks like they may be Pokemon centered instead of being larger building sets like you see with Lego.  While these initial sets seem small (which would make them friendly to kids and to everyone’s wallet)  I could see a very cool display with a gym set and all kinds of Pokemon sets you can build and place on top of it.  That is intriguing enough for me to consider buying some of these new toys even though I’m not a big Pokemon fan.  We can only hope that Mega Construx might consider getting Mario or Zelda or all of Nintendo’s properties at some point in the future if this line does well.  Here is a quick look at the building sets that have been revealed, when more details come out, I’ll be sure to update you all on this exciting new line! 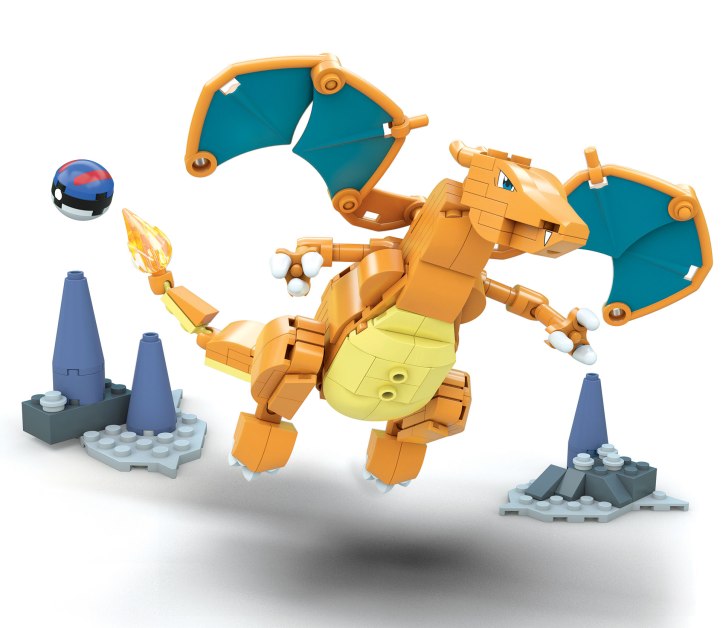 As always, let us know what you think of this news in the comments below!  The more interest people show, the more likely I will be to cover and review products like this in the future.