While I was obviously excited for the new Archer Link Amiibo, I was also really curious about the Guardian Amiibo.  Maybe it was just in my mind but Guardian looked in the promo shots like one of the biggest Amiibos yet and it was going to cost more than any Amiibo outside of Mega Yarn Yoshi.  Then the intrigue grew with rumors that Guardian was cancelled.  Fortunately, that rumor proved to be false and in many ways, that makes me appreciate that Guardian is finally released now even more.  I’m looking forward to sharing my review of this ground-breaking Amiibo so let’s jump into it!

Box – This is yet another example of awesome Nintendo artwork and design.  That image in the background is striking and the fact that this Amiibo is so big doesn’t hurt!  I forgot to snap a picture of the back of the box in my last review so I did it this time so you can see what Nintendo says Guardian can do in-game. 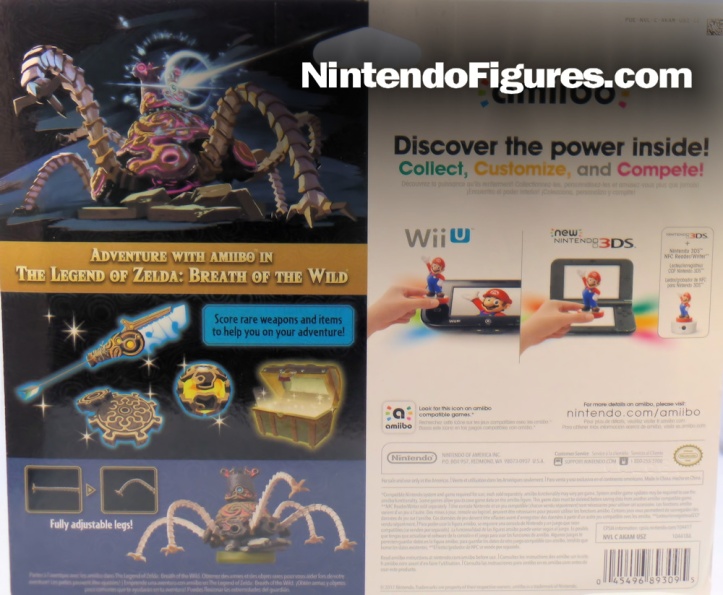 Size – The first thing I want to discuss is the size.  The Guardian is a good-sized Amiibo but I wouldn’t say that it is actually taller than most Amiibo like I thought.  In fact, I would say it is probably average height with really long limbs.  The limbs are pretty interesting and I’ll talk about those next but I definitely was surprised Guardian wasn’t a little taller.  In the end, it doesn’t matter too much since Amiibo aren’t in scale but it might have been cool if it was just a bit bigger. 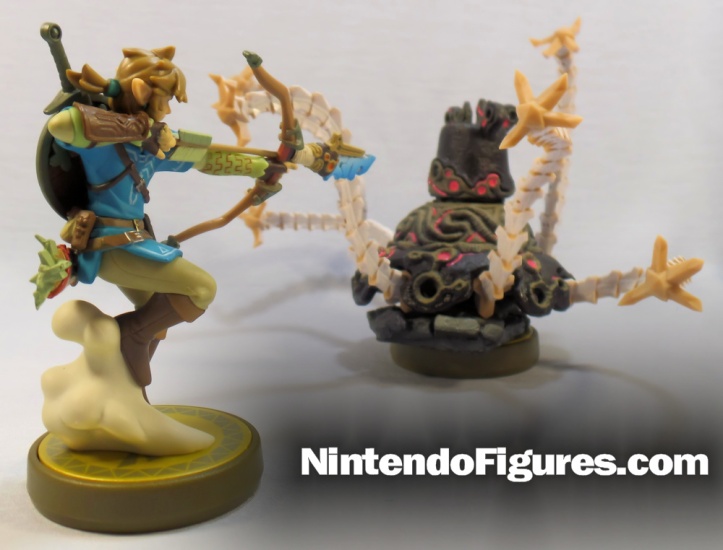 Limbs – The most interesting feature on the Guardian are the bendable limbs that you can pose however you want.  In some ways, it reminds me a bit of Mr. Game and Watch which is one of the only other Amiibo where it is easy to change the pose whenever you’d like.  The limbs do not stretch but they can be positioned in any direction and you can bend them to make them pretty expressive.  I had a lot of fun creating the picture with Waddle Dee.  It would be cool if the claws could open and close for displaying but you really can’t fault this gimmick because it something different. 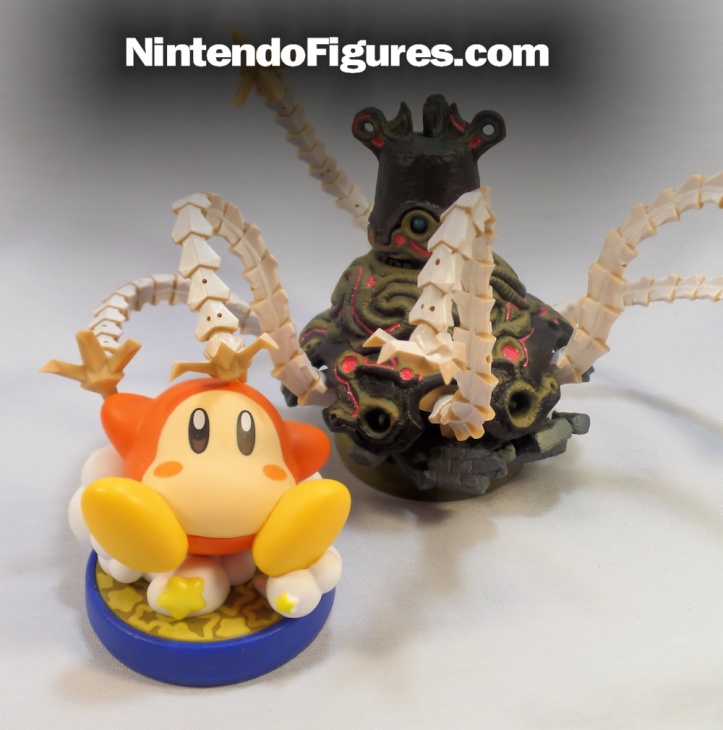 Paint and Details – The paint application is interesting on this Amiibo because it does not appear to use many decals and the paint seems to be sprayed on in many places.  This leads to some nice shading and realistic color application.  The limbs have a nice subtle paint job as well.  While the Guardian doesn’t have any particular detail that catches the eye (outside of maybe the pink), it looks really good and Nintendo did really well with this part of the Amiibo. 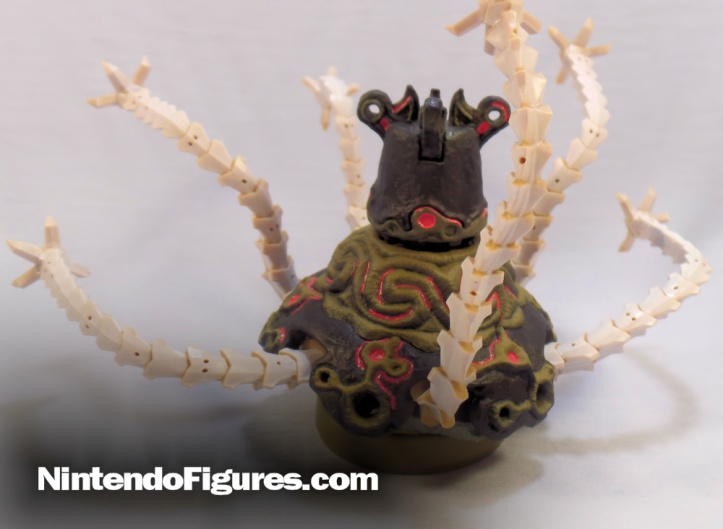 Base – The only place I might criticize this Amiibo is that the ground that is breaking underneath the Guardian needed more color or texture or something.  It looks kind of bland and you have to look very closely to be able to see what it is.  The ground is not supposed to be a major part of the Amiibo but it would be nice if it had the same attention to detail that the rest of the figure had.

Closing Thoughts – The Guardian Amiibo is definitely unique and does many things right.  Any complaints I have with the figure are either unrealistic or so minor I can hardly fault Nintendo in the design here.  The Guardian has a very interesting look and stands out from other Amiibo we’ve seen as well.  I love to see Nintendo taking chances and doing new and interesting things with Amiibo and they have definitely succeeded with this one.  Guardian is worth the extra money and will look nice on your display shelf!