One of the biggest surprises of 2017 has been the Breath of the Wild Amiibo rarity and just how hard Zelda has been to snag in particular.  Princess Zelda from Smash Bros. was very common and an underappreciated Amiibo in many ways.  With that said, I think of Zelda as being either like that character from Twilight Princess or in Ocarina of Time so I was curious to see how cool the Breath of the Wild Amiibo is.  I’m excited to finally review this figure thanks to Nintendo’s recent restock so let’s take a closer look! 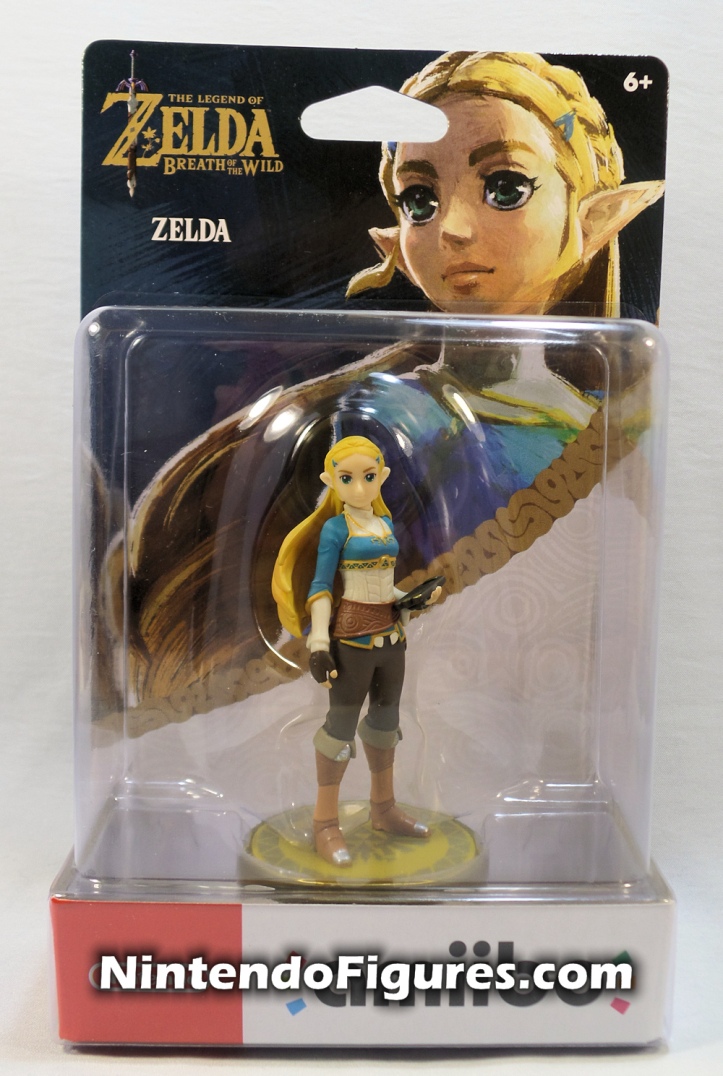 Box – I’m still a big fan of the Breath of the Wild box art.  It looks fantastic and I wouldn’t blame anyone for displaying these figures in the box.  Here is a quick look at what this Amiibo unlocks in Breath of the Wild as well. 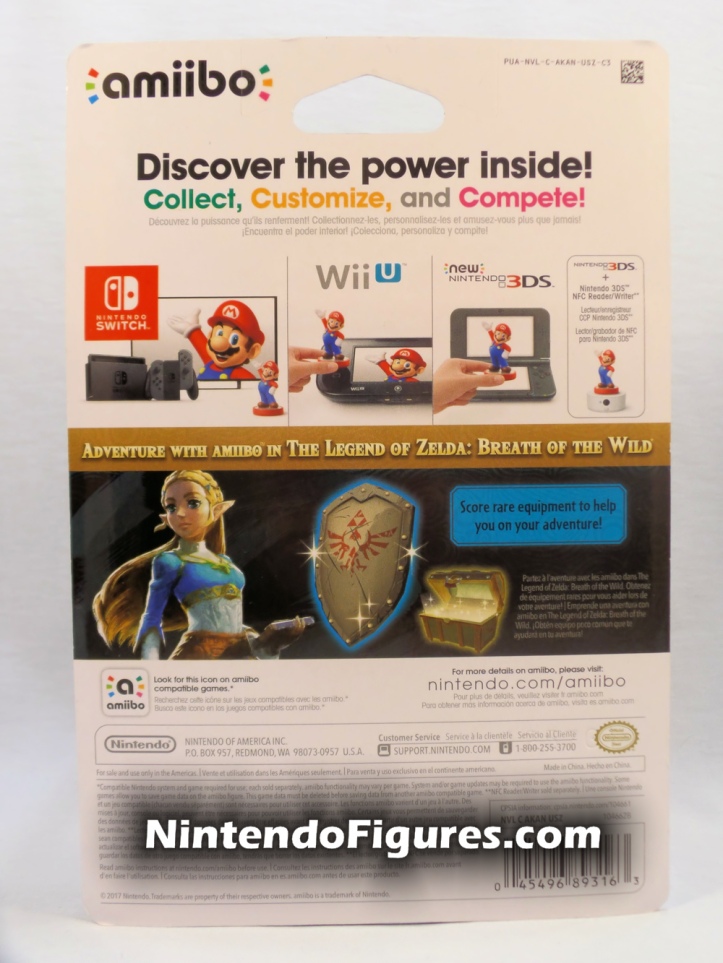 Pose – I want to start with the least impressive part of this figure first. Zelda is just standing there holding her Wii U control!  In all seriousness, I don’t know what the slate or item is that she is holding yet because I haven’t played Breath of the Wild yet.  I can’t wait to buy a Switch and play this game but am being patient and trying to catch up on my video game backlog.  The only thing that gives this figure any dynamism is the wind swept hair which does give Zelda some weight and makes her look serious.  Many female characters have more static poses with Amiibo and I suspect that this is in line with Zelda’s character in the game but whatever the reason may be, it is probably the figure’s greatest weakness. 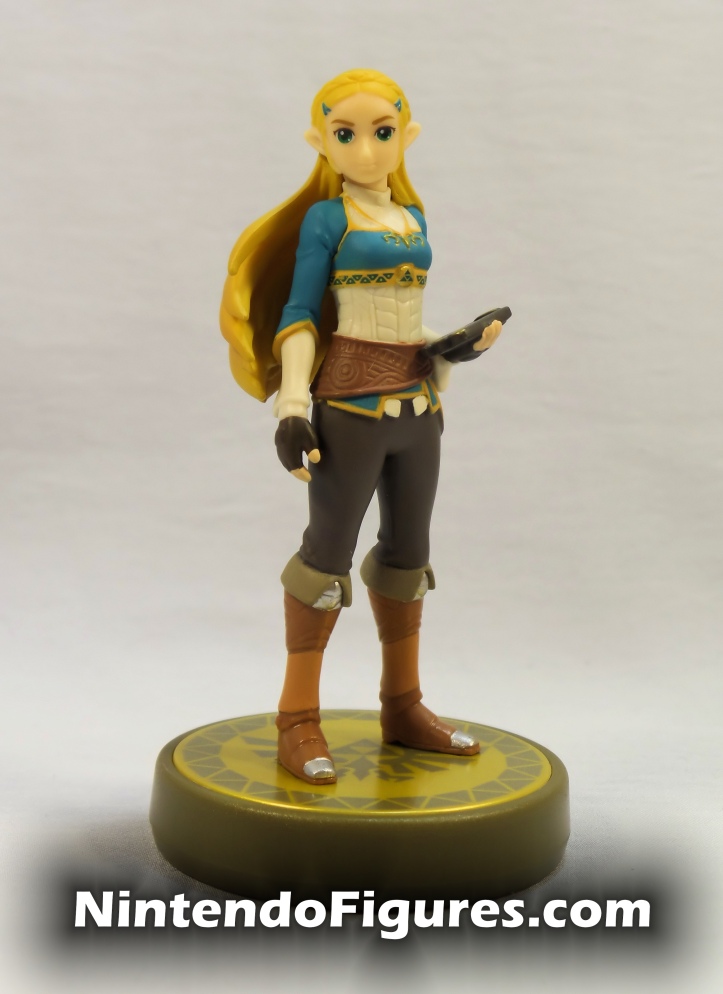 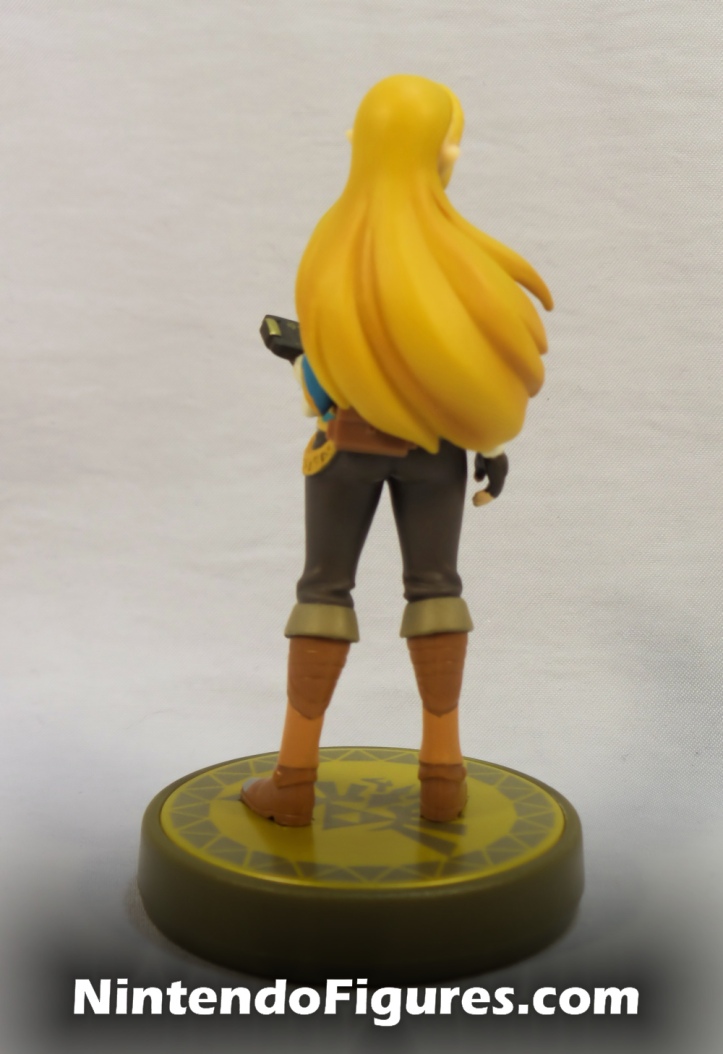 Paint and Details – As usual, the paint is well-applied and there are no mistakes at all on Zelda.  There are some nice touches like the triforce and gold patterning.  The sculpted leather details on her belt is also really nice looking.  Initially, I thought Zelda’s hair was a bit lacking in detail since there is only some sculpted detail on the top and the bottom but the paint and shading is really well done.  Best of all, Zelda’s face has nice details and matches her character design on the box art well.  Nintendo has done an excellent job bringing their characters to life with Amiibo and this figure is no different.

Closing Thoughts – While Zelda is not my favorite of the Breath of the Wild Amiibo, I do like her overall.  The pose is only a minor drawback on what is otherwise a good figure.  I hope that other Nintendo and Zelda fans who have been waiting on this figure have been able to get on the restock at Best Buy because this is a figure worth owning.  I’m happy and relieved to have my Zelda Breath of the Wild Amiibo collection complete for now and look forward to getting some more of these figures in the coming months!