Bayonetta as a franchise is an interesting fit on a Nintendo system and certainly goes against the stereotype of kid-friendly games and characters which is often leveled against Nintendo.  She is overtly sexual, a witch, a feminist, and someone who can kick angels’ butts!  While she is to me, an odd choice in Super Smash Bros. even still today, I love the character and design and Bayonetta is a fun game to play even if you’re not great at action games like me.  So this figure is the rare one I buy where I’m not a massive fan of the game but I like the character enough (and of course, love Amiibo!) to where I had to get it. 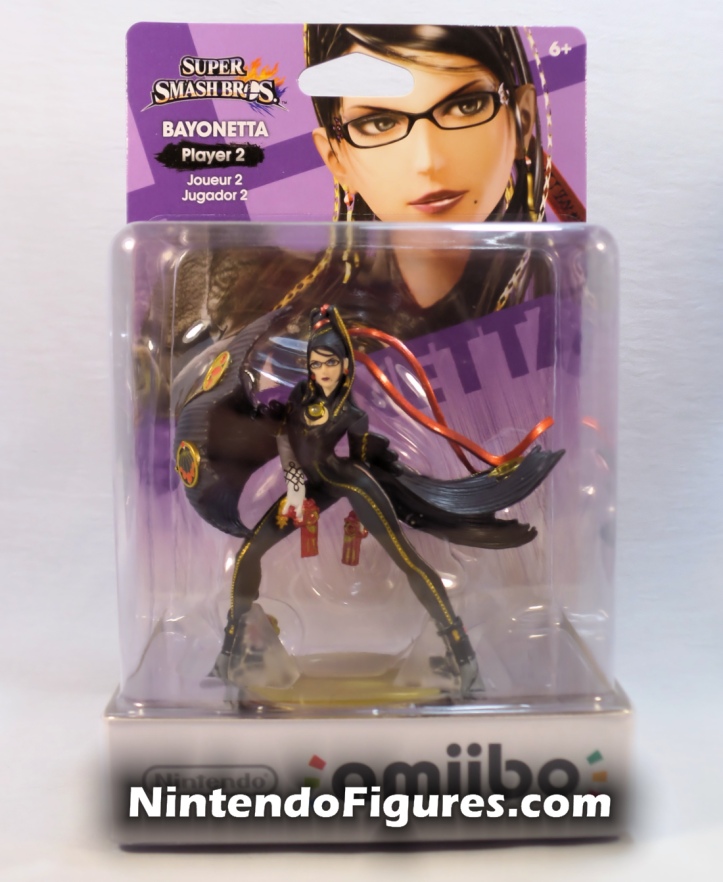 Box – Unlike the Cloud Amiibo which I recently reviewed, Bayonetta has an excellent color choice that fits the character design well.  This is the high quality packaging we expect from Nintendo! 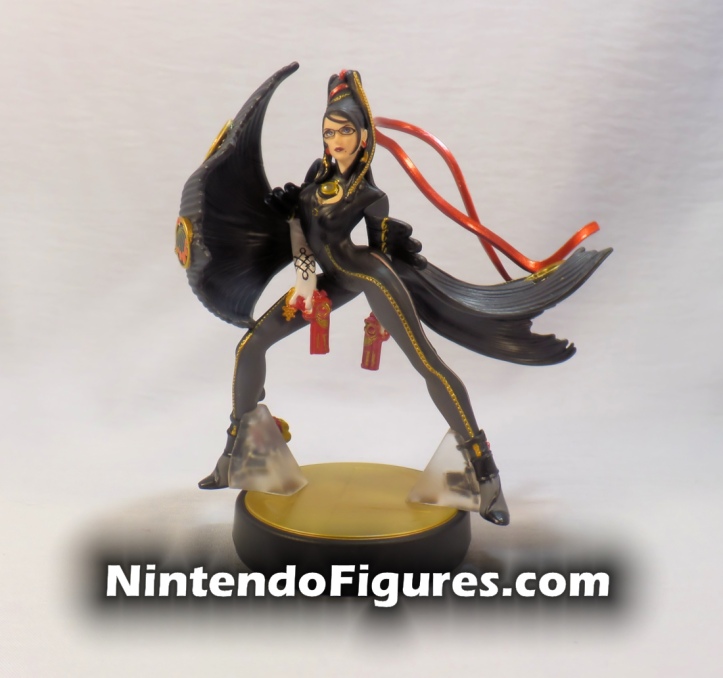 Pose – One of the things I look for in any figure is a dynamic, interesting pose, especially in the Smash Bros Amiibo since the game is all about fighting. Since the Bayonetta games are the same way, it would be disappointing if Bayonetta was just standing there and she is not. I don’t know exactly what she is doing in this pose since I’ve only played Bayonetta 2, possibly an Umbrian Climax or a taunt but it is totally in line with the character.  I would say that it is borderline sexual which if you’ve played Bayonetta before, you know that the game loves to make jokes about.  I don’t know what parents will make of this when their child asks to buy Bayonetta to complete their Amiibo collection but I’m glad that Nintendo at least nodded to Bayonetta’s sexuality and did not try to censor or change it.  The other thing that is interesting about the pose is that her feet actually extend outside the base.  This obviously requires the stands to make it all work but it is a neat idea that helps Bayonetta look even more dynamic.  Overall, I love the pose for Bayonetta and like that it is something different than what we’ve seen with other Amiibo. 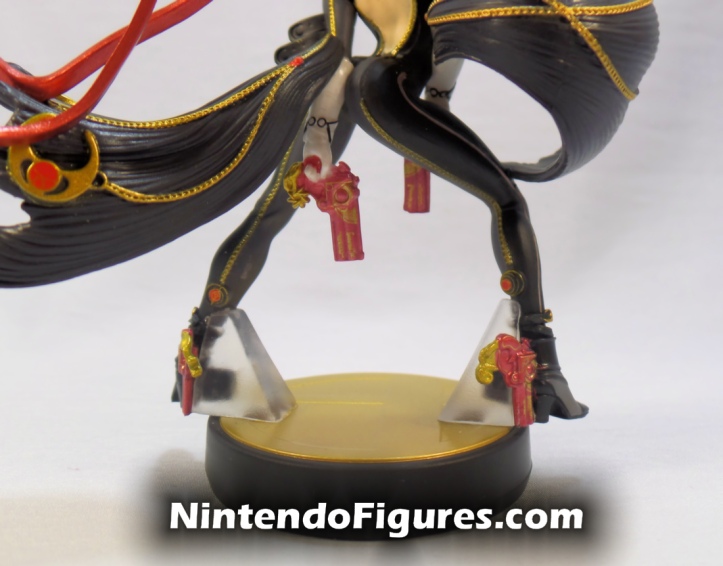 Details – The other nice thing about this Amiibo is that it has all kinds of little details from Bayonetta’s character too.  The gold trim on the legs looks great and her ribbons fluttering in the air add to the dynamism of the figure.  The witch sigils also look nice and really pop too.  Even Bayonetta’s guns have some nice gold patterns too.  Perhaps most importantly, her face looks spot on from the game which is something that still amazes me that Amiibo can do.  There are other details on this figure I could compliment but I think you can both see from the pictures and tell from what I’ve already said that this figure is well-designed and looks great!

Closing Thoughts – Bayonetta is well-done and while I think this figure will probably be easier to get than the Best Buy exclusive Player One at least for a little while, fans of the character should definitely consider purchasing this one.  It has excellent details and a unique pose.  Nintendo stayed true to the character even at the cost of hurting their clean image and has delivered another unlikely and top-notch Amiibo!