It is hard to believe but this is actually the first Amiibo released for a Pikmin game.  True, we had the Super Smash Brothers Olimar which shows the most famous characters from the game but that still wasn’t for the popular Pikmin franchise.  With its unique gameplay, cute characters, charming writing, and (sometimes) overwhelming amount of plant deaths, Pikmin has a unique appeal that some people can’t get enough of.  What is even more cool is that Nintendo has released what I would call a “diorama” Amiibo or a little scene from a game instead of just a single figure.  Is Nintendo breaking new ground here or is this another standard Amiibo that is coming out during a busy summer release schedule? 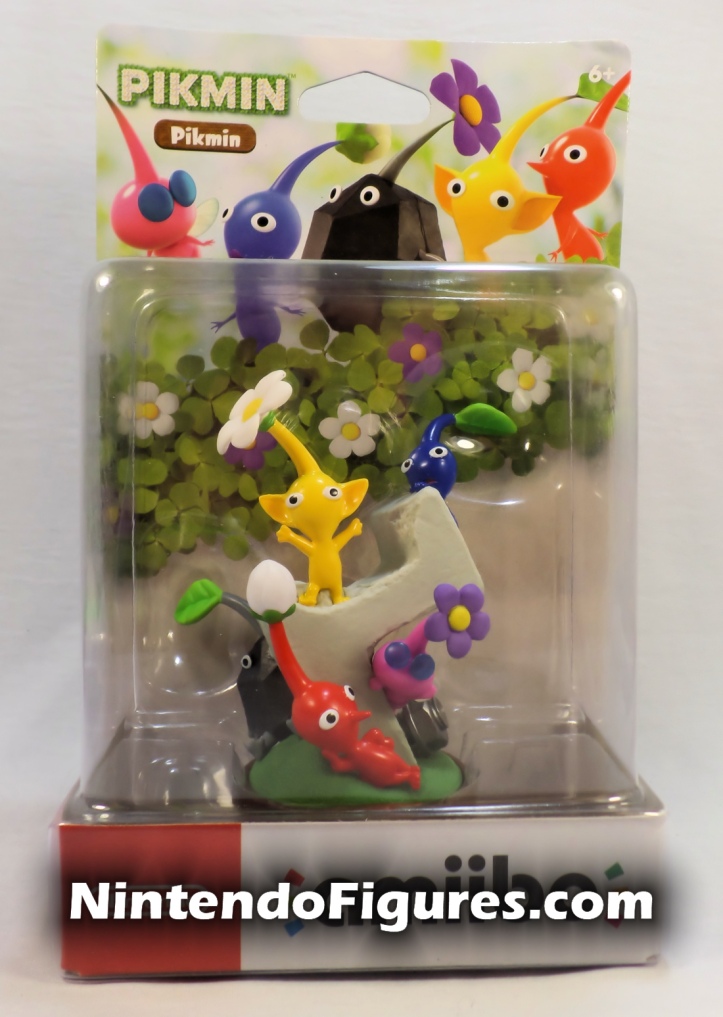 Box – I often praise Nintendo for their fantastic box design and the Pikmin packaging is no different.  It is colorful, vibrant, and appealing to any Pikmin fan.  The back of the packaging also does a nice job of showing you what this Amiibo does in Hey Pikmin too if you own the game or are thinking about picking it up. 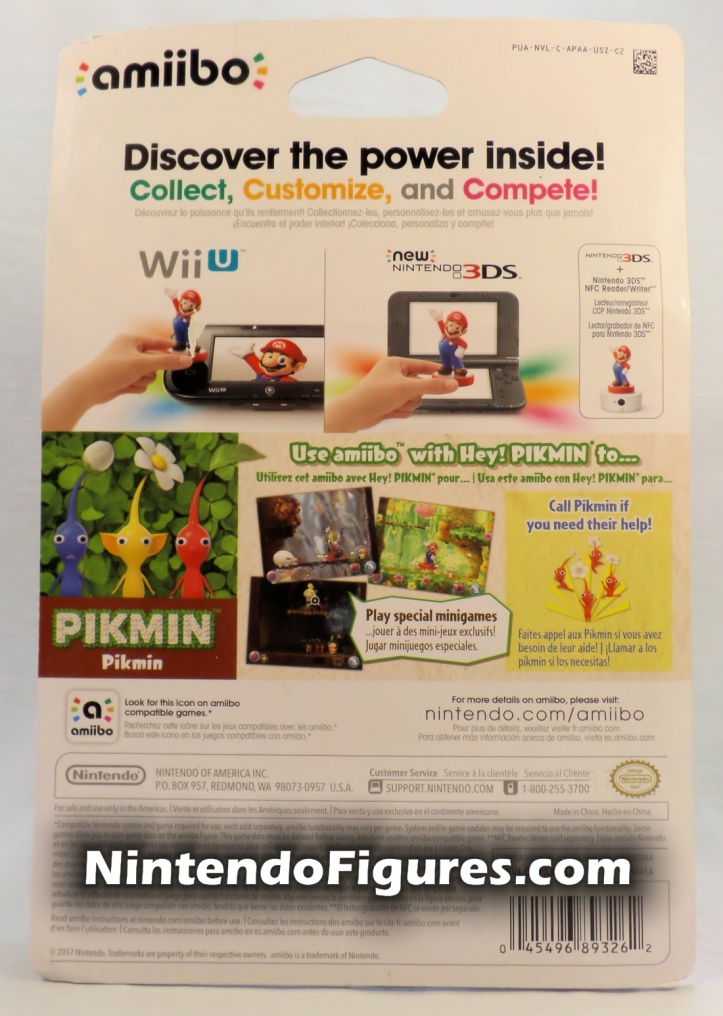 Poses – It is rare to have not one or two but five characters on a single Amiibo base.  So instead of evaluating just one character, I’m going to talk about the combination of Pikmin.  What is nice is that every Pikmin on these base is doing something a little different so you feel like there is a lot to look at.  While I wouldn’t say the Pikmin are in as dynamic poses as most Amiibo, it has a different kind of appeal where you can rotate the base and see each little Pikmin doing something a little different.  The poses also highlight just how cute Pikmin are which is the main appeal of this Amiibo.

Details – Since Pikmin have simple designs, you’re not going to find the amazing details or perfectly recreated faces like in the Smash Brothers Amiibo line.  You do get perfectly realized Pikmin and a few decent “terrain” pieces to fill out the scene.  Much like with the Wolf Link Amiibo, the rock and ground pieces have nice texture but lack the paint quality Nintendo usually provides.  The only downside is that there is no shading or highlights which would bring out the detail more.  This is a really minor complaint and truthfully, it is one of the only ones I can find with this Amiibo.

Closing Thoughts – Not unlike a level in Captain Toad: Treasure Tracker, the main appeal of this Amiibo is how you can rotate it and view it from different angles and see a cool little detail each time.  With the exception of the very back, this Amiibo has something interesting to look at from nearly every angle.  That is something that few other Amiibo can offer.  If you like Pikmin at all then this is an above average Amiibo that is sure to appeal to you.  It is definitely better than the somewhat disappointing Olimar Smash Brothers Amiibo and brings the charm of this series to life on your shelf!