I have to admit, I initially passed up the Red Bob-omb at my local Meijer because I have the regular Bob-omb and am happy with it.  But on a recent toy hunt, I realized that I had made a mistake and there is something special about this figure to make it stand out.  What makes it unique?  You’ll have to read on to find out! 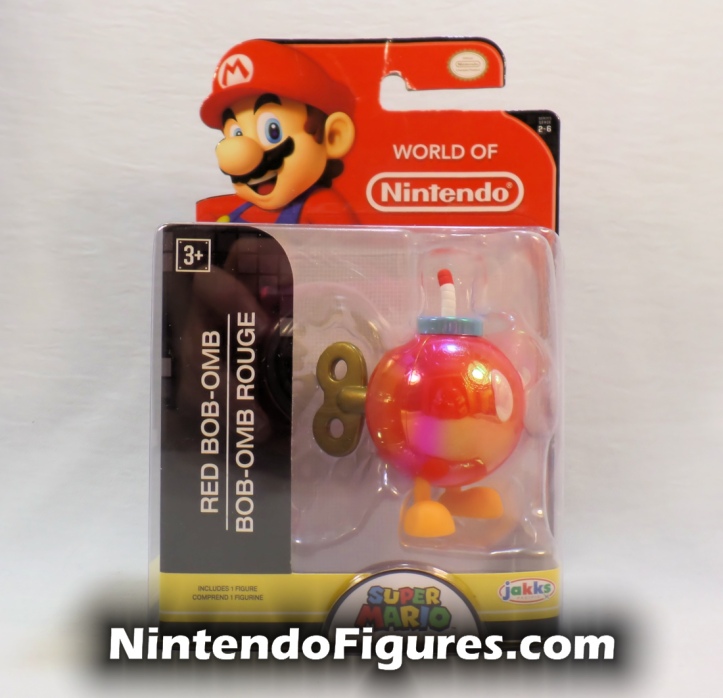 Box – As with every review, here is quick look at the box and the contents of this wave if you haven’t seen them yet. 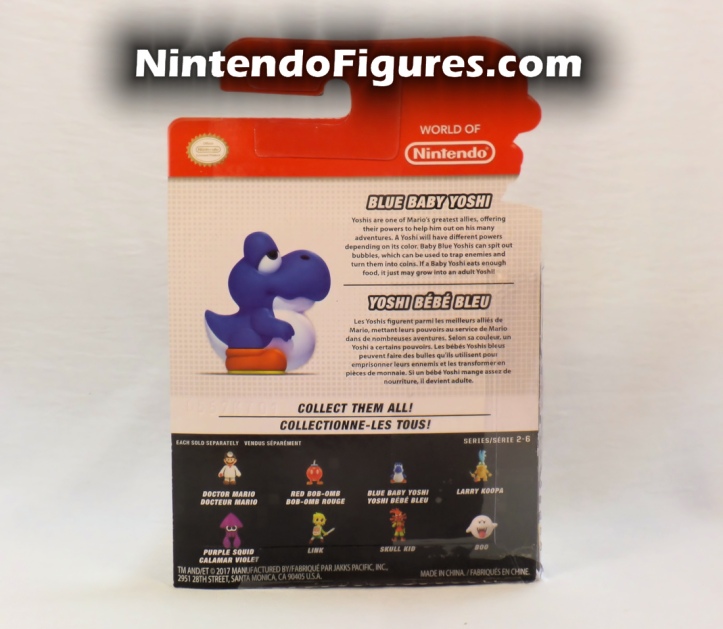 Articulation – Before opening this figure, I had a pretty good feeling I knew what the articulation was going to be.  If anything was going to be able to move, it was the crank on the back of the Bob-omb.  Anything in addition to that would be a nice surprise.  It turns out that I was correct.  The crank will spin but there is no articulation other than that.  Not a huge surprise with a 2.5″ inch figure and not a big deal either since a Bob-omb only walks around and blows up in Mario games. 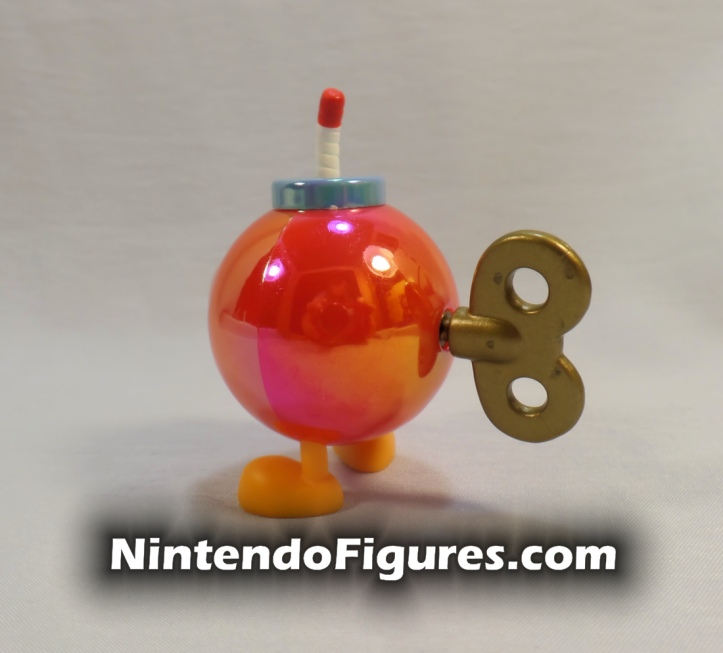 Paint – What is special about this figure is the incredible paint job.  It is sparkly or shiny for lack of a better way to put it.  So much so, you can see me taking the picture if you look closely enough!  It is hard to capture on camera but the bright paint looks like in the Mario games when a Bob-omb is flashing and getting ready to go off.  This will certainly look nice in any collection and was a nice touch by Jakks Pacific.  If there is a weakness in the figure it is that the seam that runs halfway around the Bob-omb is very noticeable in both pictures above because of the paint.  This is not uncommon with round figures in World of Nintendo so this is not a big surprise or too disappointing. 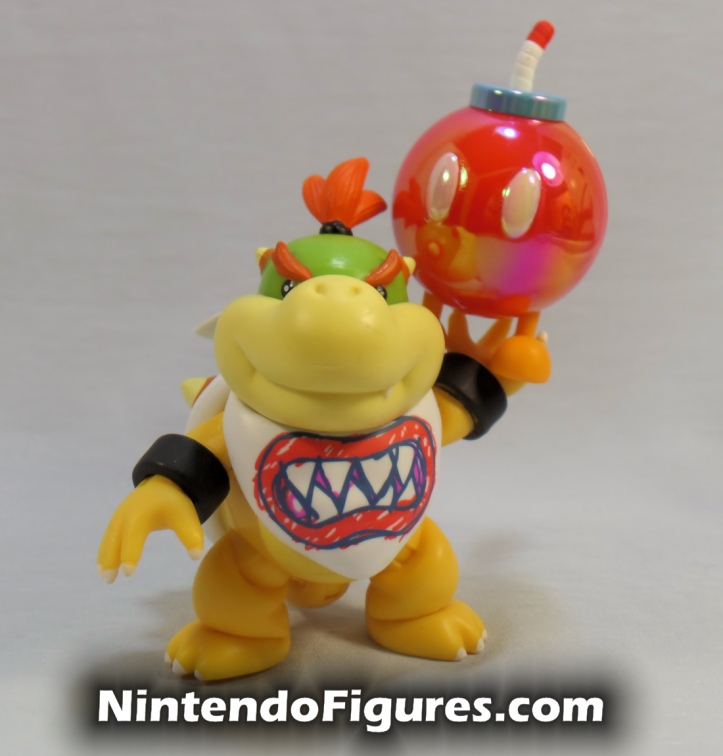 Closing Thoughts – If you’ve read some of my other reviews, you can probably guess that I was hoping to combine this figure with others in my collection.  As it turns out Red Bob-omb makes an awesome accessory for Bowser Jr.!  Not only does a simple pose like this really highlight both figures but it will spice up any shelf display.  While not a fun figure to play with, Red Bob-omb is cool to own and an impressive release from Jakks Pacific.  I recommend it!