It has been awhile since I have talked about Pixel Pals since my initial review of the Super Mario Brothers 3 Mario.  I really like my Pixel Pal and was hoping that PDP would release some more I’d want to buy.  Since first few Mario ones were basically just “repaints” of the same pose, I couldn’t bring myself to buy them even though I do like their design.  Well I am fresh out of excuses and you very well may be too with a couple of new releases from PDP.  Special thanks goes to friend of the site, Twitter user JcGrOoVeZ, who shared this information.

On Sept. 19, Pixel Pals will expand into Super Mario World!  A much beloved game and offering something different than any previous Pixel Pals, this new Mario captures what was once a common pose in the Mario games and one that I know I miss!  It is impressive how well this figure captures the Super Nintendo art style and it will definitely stand out compared to the Super Mario Bros. 3 releases we’ve seen thus far. 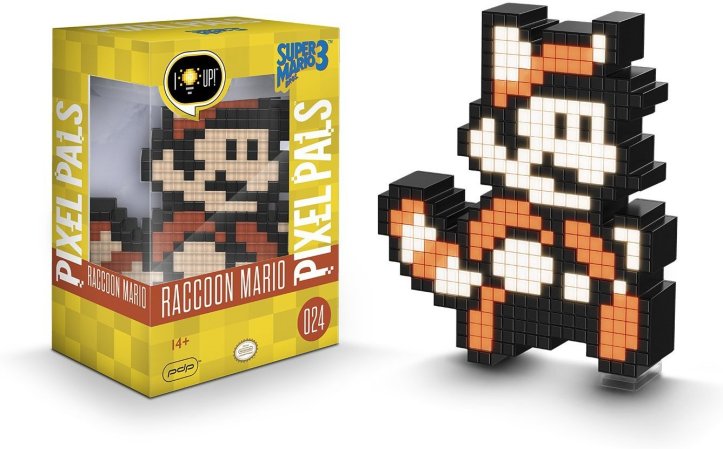 Speaking of Super Mario 3, we get a beloved “suit” / power-up from that game.  Not only is Raccoon Mario adorable but it changed the way we play 2D platforming games forever.  PDP was wise to change up the pose on this Pixel Pal too so it stands out from the previous releases.  Raccoon Mario will be out on Oct. 17.

If you’re interested in either of these figures, they are up for pre-order now on Amazon for $15 each.  Are you collecting Pixel Pals?  Which ones do you own?  And which ones are you looking forward to buying in the near future?  Let us know in the comments below!