I’ve really enjoyed both of the Pixel Pals I bought and have had to maintain some self-control not to collect all of the Mario ones out there.  One Pixel Pal I have had my eyes on for quite some time is Raccoon Mario.  Not only is it a great power-up from my favorite Mario game of all time but my local Best Buy had it on sale for $13 (instead of $15) so buying it seemed like a no-brainer!  How does this Pixel Pal rank next to the regular Mario from Super Mario Bros. 3?  Let’s find out! 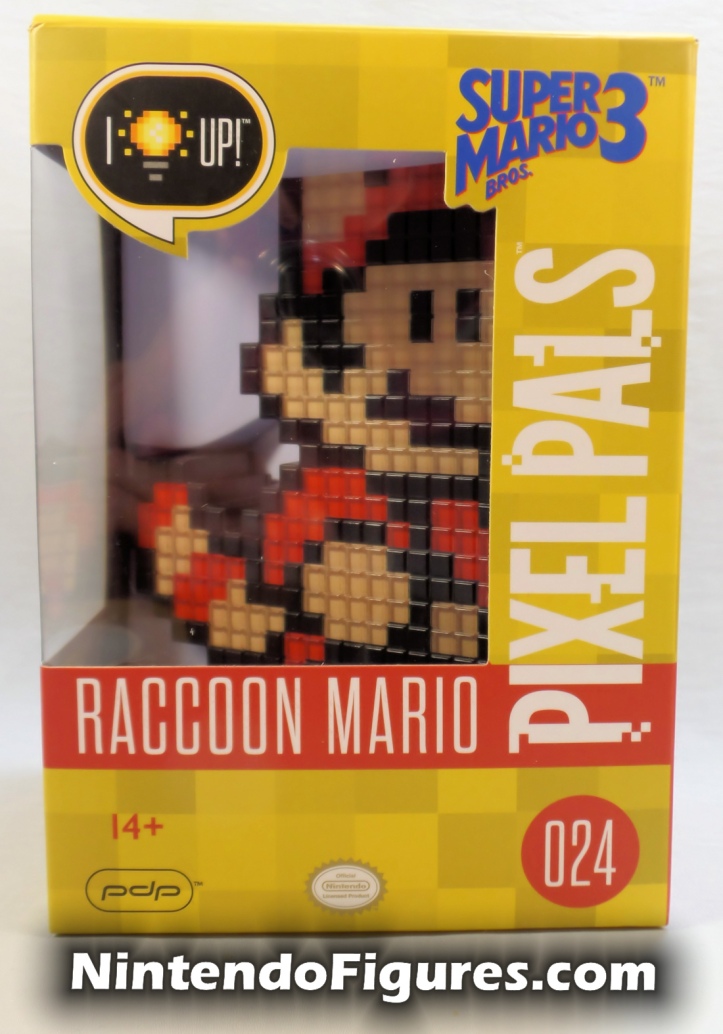 Box – It looks like PDP is making it so all of the figures from a particular game will share the same color and design.  That makes sense and means the boxes look nice on your shelf.

Unlit – Once I got Raccoon Mario out of the box, I was struck by how similar he looks to the regular Super Mario Bros. 3 Mario.  The colors match pretty well and the only noticeable difference is the jumping pose of regular Mario versus the running pose of Raccoon Mario and of course, the tail and ears.  It makes sense that these figures are pretty similar considering that is how the character design was done in Mario 3 but it is certainly something to keep in mind when trying to decide whether to buy multiple Pixel Pals from the same game.

Lit – Perhaps unsurprisingly, Raccoon Mario looks pretty similar to the regular Mario with a light orangeish color and Mario’s skin tone covering almost all of the figure.  If you have the regular Mario, you may find the similarities between these two figures to be a bit disappointing.  Especially since as I will go into more detail shortly, Raccoon Mario’s colors do not look quite as good as other Pixel Pals I own so it is a bit of a disappointment even if I prefer the Raccoon Mario character design to regular Mario. 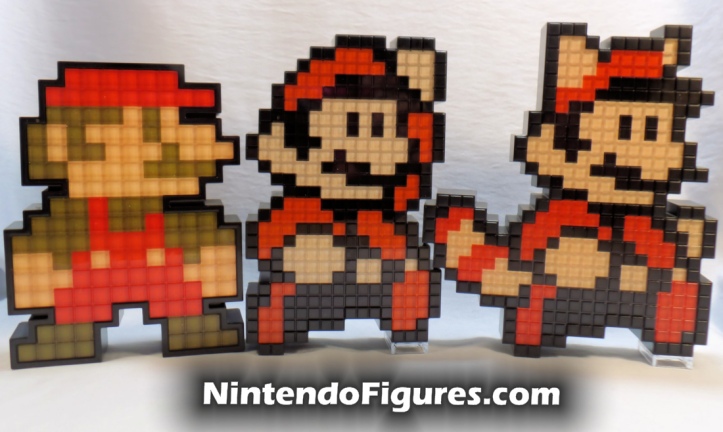 Comparison – For this review I thought I’d get out all of my Pixel Pals to compare them.  There is no doubt that the figures look great together and I appreciate that they are all around the size.  When you put Raccoon Mario and regular Mario from Mario Bros. 3 next to each other, I can’t help but wonder if I really needed both.  Especially when you look at them lit.  Regular Mario looks a bit better and has a nicer color than Raccoon Mario.

Closing Thoughts – If you have a Mario from Super Mario Bros. 3 then you certainly will want to think about whether you want another Pixel Pal that is so similar.  Raccoon Mario looks cooler before you light it but I think Mario edges it when lit.  If you’re getting your first Pixel Pal, I would probably say go for the regular Mario unless you love Raccoon Mario.  It is just slightly better of a figure.  My biggest lesson from writing this review is that I may need to be a bit more selective in which Pixel Pals I buy because I feel that Mario and Raccoon Mario are pretty interchangeable and I probably don’t need to own both.  With that said, I would be pumped for a Tanooki, Hammer, or Frog Mario release from PDP!