How The Last Jedi Challenged My Star Wars Collecting Goals

This article will be a little different from normal.  It is part-movie review and part-discussion of Star Wars figures and what makes you want to collect them.  Before I jump in to my review, there will be spoilers for the movie so hold off on reading this until you’ve seen the movie!

First off, I want to share a little bit about how I felt about The Last Jedi.  I was excited to see it after getting a lot of critical praise and knowing the director had been chosen to do another trilogy of Star Wars movies in the future.  I hoped it would be better than Force Awakens which I liked but thought was a little derivative.  The strength of the characters carried me through Force Awakens and made me hope that they be just as great or better in future movies.

Perhaps those expectations colored my feelings of disappointment with The Last Jedi.  It is a good movie, it just isn’t the Star Wars movie I was looking for.  I actually liked most of the existing characters less than in the previous movie.  Finn wasn’t as funny or likable this time.  Poe was more serious.  Rey is still a bland and cliche movie hero and nothing in the movie made me like her more as I hoped.  Luke Skywalker’s character was a disappointment and him being a crazed hermit who wanted to die as the last jedi makes sense in some ways but it isn’t what I wanted at all.  I don’t like how all of the original trilogy characters are being killed so fast either.  It doesn’t feel earned or right to me now that two have died.  Those are some of my main criticisms of the movie though I could definitely list a lot more.  Hungry Goriya just did a great post that listed a lot of the plot holes and things that didn’t make enough sense in the movie which I encourage you all to check out because a lot of the points she raises are things I thought too. 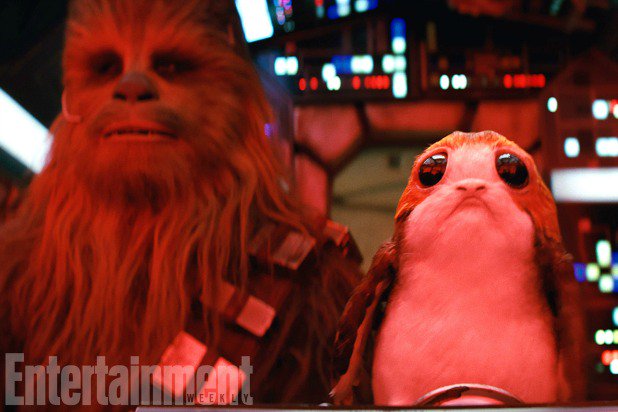 That isn’t to say there weren’t a lot of things I liked about it.  The way Luke chose to end his life was heroic and very cool (which helped redeem that plot point a little bit).  From Porgs, to the crystal foxes, to the animals used for racing, I really appreciated how The Last Jedi didn’t shy away from using cute animals to make you feel something.  That is something Return of the Jedi did well too.  Almost all of the major battles were awesome in the movie and visually impressive.  Best of all that surprise cameo of a character talking to Luke was just amazing and well done.  That might have been the highlight of the whole movie for me.

Overall, I’d say I liked the movie alright and don’t think it was bad, nor did I leave the theater thinking it was great.  The biggest problem I have with the Last Jedi is that I don’t like almost any of the characters in the movie and that really challenges the way I’ve been collecting Star Wars figures.

When I first started collecting S.H. Figuarts, I wanted everything.  My love of Star Wars is as deep as Nintendo and I generally do like having a complete collection of something whenever possible.  However, much like with Amiibo, I found myself unable to buy everything.  There are some characters I can live without owning (like many of the prequel characters such as Mace Windu or even Anakin) and I became overwhelmed by the sheer number of stuff I could buy and stopped.

More recently, I’ve been wanting to get more Star Wars stuff again and so I started picking up the Movie Realization line.  I love it and will keep buying as many of the figures that come out which look cool as they make.  Once I get caught up with that, I’d like to get some other Star Wars figures from S.H. Figuarts.  The Last Jedi has made me realize that I don’t necessarily even need many figures from the new movies that are coming out which is funny because I already have quite a few figures from the Force Awakens.  At the current rate of one new movie per year, I need to pick and choose from the ones I really enjoy and The Last Jedi did not reach that level.  I may pick up a Luke Skywalker because I love Mark Hamill and the character so much but I don’t need Rey or a second Captain Phasma (who wasn’t redeemed in this movie either sadly), another version of Kylo Ren, or all three versions of Snoke’s Red Guards, and so on.

On one hand, collecting can feel like a burden on your wallet and on your energy because you spend time thinking about getting what you want and I always feel a small sense of relief when I come to a decision to focus on something small or that feels achievable for me.  When it comes to collecting Star Wars or Nintendo figures or anything really, I encourage you all to take stock of what you’re collecting and why.  If collecting ever feels not fun or you feel like you might be going through the motions, try to figure out why.  I believe I would feel that way if I started buying Last Jedi figures and instead, I’m looking forward to getting some more Movie Realization stuff in the near future because I know I’ll enjoy having them and expanding that part of my collection.  One subpar movie or game can have a big impact on your collecting focus and it is always good to adapt to however you’re feeling.

What did you think of Star Wars: The Last Jedi?  Are there any characters or figures you want to get now that you’ve seen the movie?  Let us know in the comments below!