Well I have some disappointing news to share with you.  Namco Bandai is delaying Dark Souls on Switch and unsurprisingly, have chosen to also delay the Solaire Amiibo until the game’s release.  Namco estimates that the game will now come out in Q3 which means late summer.  This estimated release is obviously a bit vague and could be several different months but hopefully we’ll hear more about the official release date in a month or two. 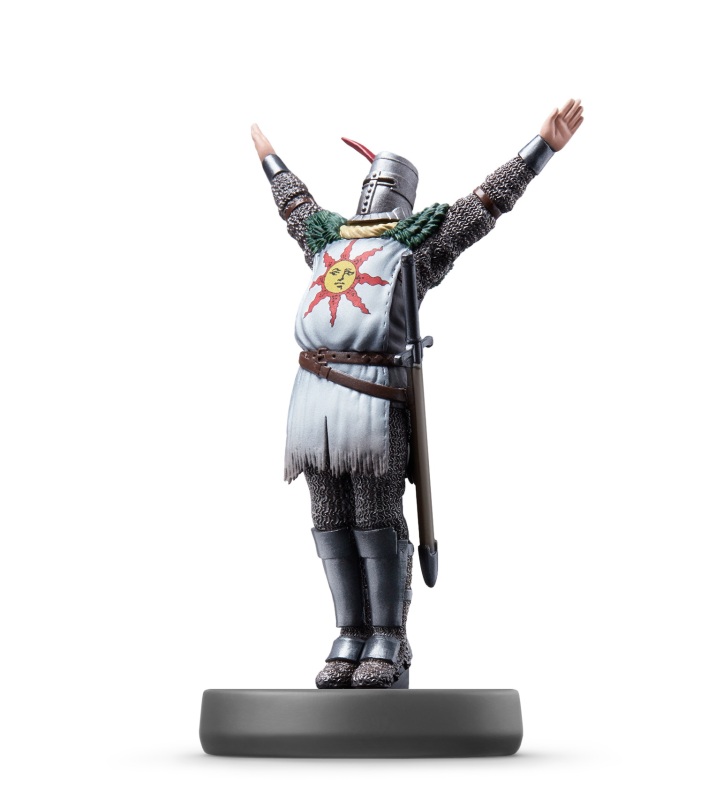 With very few upcoming Amiibo releases and only a couple new Amiibo this year, 2018 is shaping up to be a slow year for Amiibo.  Nintendo tends to release Amiibo with their biggest games so perhaps that explains the current lull but I fear that Nintendo may be having trouble coming up with new Amiibo ideas that they think will sell well/appeal to fans since games like the recent Kirby game on Switch did not have any Amiibo released with it.  Obviously, I hope to be wrong and we’ll see what happens over the next month or two as Nintendo gears up for what should be a busier summer and fall release season.  Let’s hope for more exciting news soon!