While the details around this new release are a bit murky, thanks to sharp eyes of PSIPancakes on the World of Nintendo Reddit, a new figure pack has been spotted!  This Mushroom Kingdom themed pack contains the fairly common Mario and Luigi and the harder to get, Peach figure.  Unfortunately, details on the release and where you can get these new figures have not been revealed but hopefully we’ll get more information soon. 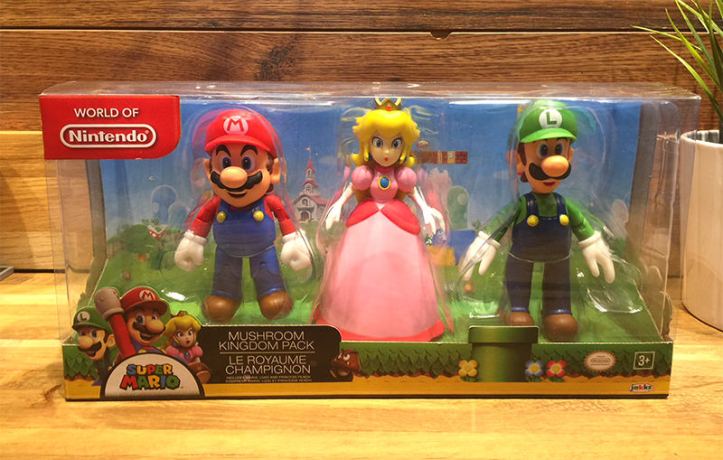 While dedicated World of Nintendo collectors may already have these figures and not find this set worth buying, I do think this will be helpful for anyone new to World of Nintendo (or anyone who really wants a Peach in their collection).  One thing that surprises me is that Mario has closed hands and Luigi has open hands.  This is a nice idea by Jakks because a new figure collector can get to try posing both kinds of figures.  Whenever more information comes out about this figure pack, I’ll be sure to let you know.  I’m very curious to see where these new figure packs will be sold and for how much!