While I fully admit that the news I’m about to share is now several days old, many people visit this site to catch up on older news so I still want to share it with all of you.  If you haven’t heard, Nintendo announced a number of new Amiibo at E3.  The new Amiibo include an Inkling Girl and Ridley of Metroid fame which is coming to Smash Bros. Ultimate.  The Inkling Girl does not look too different than the previously released Splatoon version but Ridley is a huge surprise for many Nintendo fans. 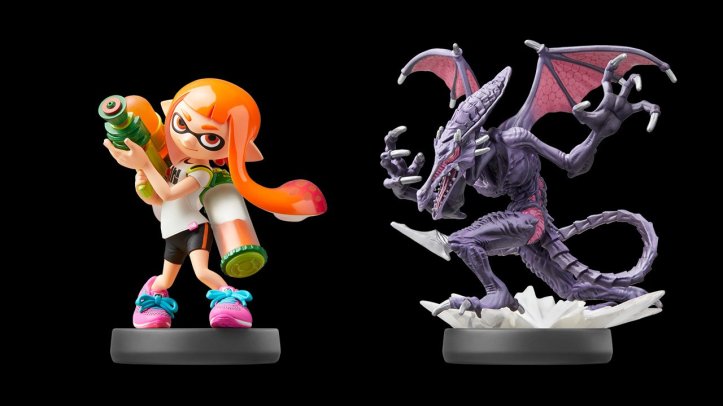 While a figure was not shown at E3, Daisy will also be getting a new Amiibo in the near future.  Many Nintendo fans are speculating that older Smash characters like Ice Climbers and Solid Snake may eventually get Amiibo but this has not been confirmed yet.  We can certainly hope it comes true!

The final announcement is for a Splatoon 2 3-pack of Amiibo.  This time instead of Squid Kids, it is the Octolings getting the figure treatment.  It is certainly a surprise to see even more Amiibo support for Splatoon 2 and it will make many fans of that game happy. 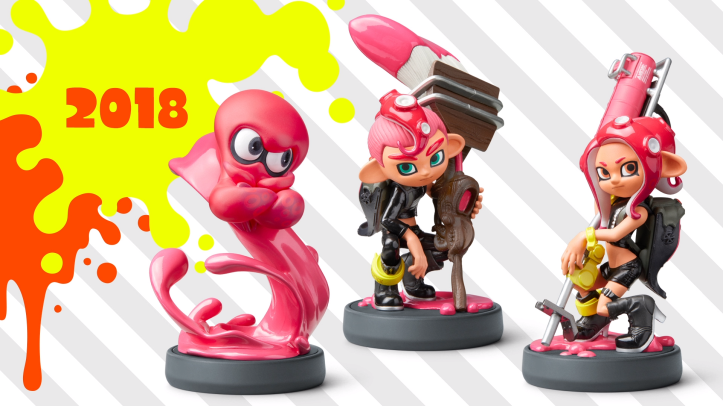 If you’re interested in any of these new figures, keep an eye online because some of retailers have or will be putting preorders up soon for these new Amiibo!

What is my take on these announcements?  A little bit surprised, a little bit disappointed, but also a little bit relieved.  I’m very surprised to see so many Splatoon 2 Amiibo coming out with a release already scheduled for next month.  I wanted to like Splatoon but am not great at shooters and found playing online with random people to be frustrating because you’re team tends to be either terrible or great.  I do love the character designs but not enough to pickup these Amiibo.  To see four of the six Amiibo be announced for a franchise I don’t collect is disappointing.  I was hoping Nintendo would show off a little more direction of where Amiibo will be going or that they are very committed to Amiibo still.  I wouldn’t say this collection of Amiibo proves that necessarily but I am relieved that they announced six new figures coming soon and that all are actual Nintendo characters/franchises.  That is a move in the right direction after so many third-party Amiibo announcements.  If I had to guess, I would say that Amiibo’s releases will be less frequent going forward and that Nintendo is going to be careful what they turn into figures so that they avoid the overstock of Animal Crossing Amiibo from every happening again.

So all in all, I’m happy for Splatoon fans and I’m glad to see more Amiibo coming.  These announcements don’t get me really excited for the rest of 2018 but knowing that Amiibo isn’t going anywhere is a big relief at the same time.  What did you make of the new Amiibo announcements?  Let us know in the comments below!