It has taken me quite a while to get my apartment sorted out enough to do this review so I apologize for the wait.  Iggy is the figure that seems to be most sought after in the current wave and the fact that he has been the hardest figure has surely frustrated World of Nintendo fans. I found mine at the local Meijer after a lot of searching and I’ve seen some stories of people finding them at their local Target recently, so hopefully those who are looking for this figure can find it soon.  With such a lengthy wait for a desired figure, the obvious question is: Is Iggy worth the long wait?  Let’s find out! 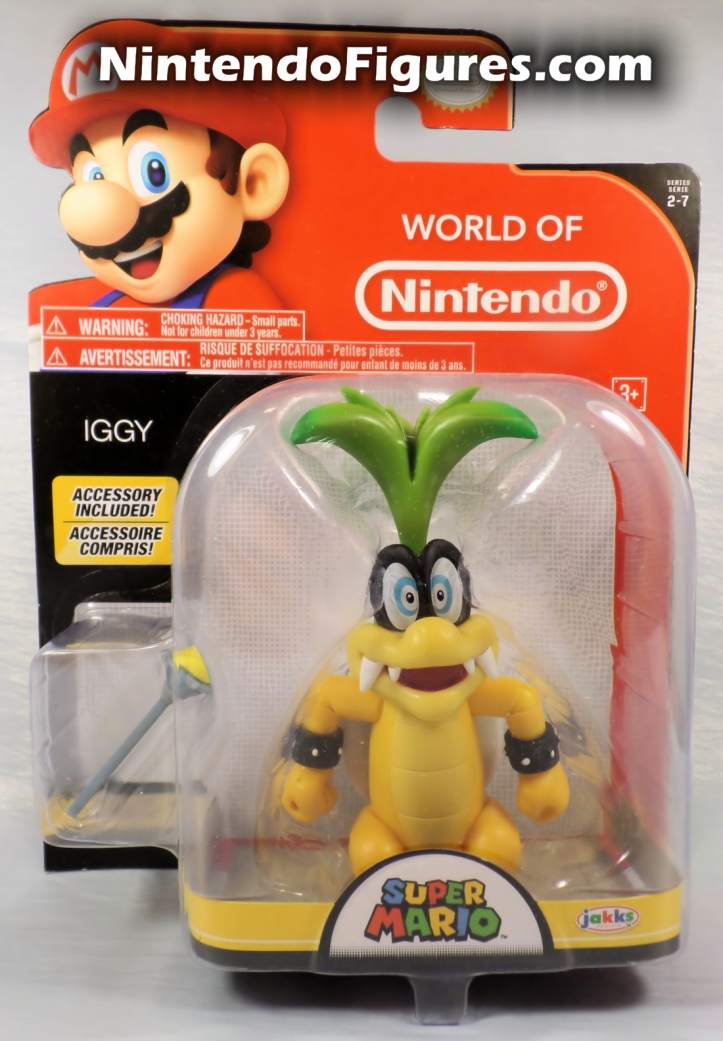 Box – The packaging art is exactly the same as previous Mario figures but if you haven’t seen what is in this wave, check out the image below!

Articulation – The biggest question I had about this figure is how much articulation would it have.  I wasn’t overly impressed by what the Hammer Bro. could do and I was expecting the level of articulation to be similar here.  Unfortunately, my fears were mostly well-founded.  Iggy’s legs and feet are pretty articulated but also finicky when it comes to posing because there is a lot of weight on the back of this figure with the shell.  This means there isn’t a lot you can do with the feet and legs besides a standard standing pose.  His arms have good articulation too and give a good range of movement but are also hard to keep from looking awkward at the same time.  The joints are very visible with some poses which is a bit of a disappointment.  I can’t get Iggy’s head to swivel which is another limitation on this figure.  Overall, the articulation is a little below average for a World of Nintendo figure and the posing options are disappointingly limited. 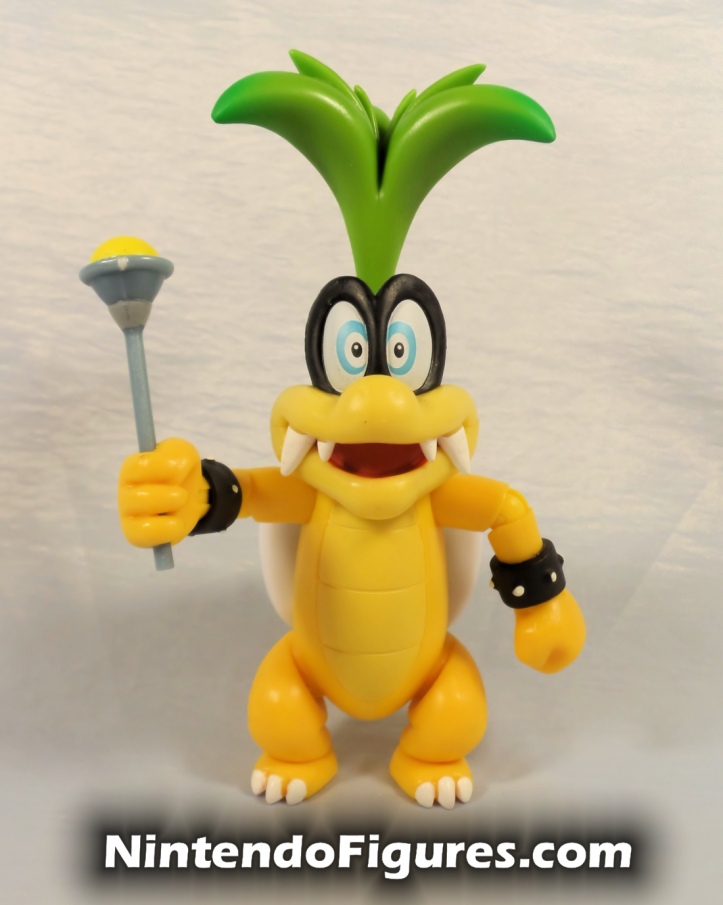 Paint and Details – The strength of this figure is the paint and details.  Iggy’s eyes and hair are both well done and match the game art really well.  His shell on the back also looks great.  I noticed that some of the white paint like on his teeth and bracelets are not perfect and my figure had some smudges on the skin too.  These kind of issues are common in World of Nintendo and while I picked the best figure of the two they had at my local store, I would be willing to bet many Iggy’s have some minor flaws and you should look over the selection carefully if you find this guy at a retailer near you.

Accessory – The biggest defect on my figure was surprisingly on the accessory.  There is a decent sized chip in the plastic around the rim of the wand that is quite noticeable (and can be seen in a couple of the photos in this article).  I don’t know how I missed it in the packaging  Like the Hammer Bro’s hammer, the wand fits snugly in Iggy’s hand and it is hard to imagine him not using wand in some capacity.  It would be fun if you could get the hand to fit like in Super Mario Bros. 3 but as it stands now, this is the kind of accessory that it is hard to imagine not using with Iggy.  It is almost like part of the figure!

Closing Thoughts – Was Iggy worth the wait?  Well… sort of.  His paintwork is above average and the articulation is below average.  The accessory is good which helps makes Iggy worth owning overall.  It is neat seeing a relatively obscure Mario character get its own figure but on the whole, I would say this is an average World of Nintendo figure that Mario fans will enjoy.  Hopefully, future Koopalings in World of Nintendo will have better articulation and improve upon what Jakks Pacific has started because there is definitely plenty of potential here!