There is one more review waiting to be finished for retro week, but I decided to push that back to share some exciting news about Micro Land and World of Nintendo figures.  Jakks Pacific is at Toy Fair which is a large convention where toy manufacturers unveil new products in New York City and they have revealed some exciting new products for Nintendo collectors.

First off, Micro Land will be getting at least one new release in the near future.  While I have yet to see high quality pictures of them, Micro Land is getting blind bags/boxes in the near future.  You can see pictures of the packaging below and it would appear that these are long rumored rereleases of New Super Mario Bros. U figures from the Series 1-1 figure packs which have been impossible to find except from scalpers for quite some time.  I have enjoyed buying blind bags in the past and welcome this new product.  It is a fun way to rerelease old figures and based on what Jakks Pacific’s President said in an interview with PixelDan Eardley, there will be some different versions available at different retailers and a few will be rarer to give us collectors something to chase.  It will be interesting to see how hard chasing these figures ends up being and if it will be as difficult as the rarer World of Nintendo figures, some of which can be frustratingly hard to find I have heard.  While there weren’t any other hints about what else might be released for Micro Land, based on the news I’m going to share next, it isn’t unreasonable to think that the old rumor that Super Mario 3D World might be coming to Micro Land could be true.  The reason I say this is that Jakks Pacific has often released characters or series in the World of Nintendo 4″ and 2.5″ figure lines before bringing it to Micro Land so that could be the case here.  I think Super Mario 3D World could be huge for Micro Land and is something collectors would eat up.

In other World of Nintendo news, Jakks Pacific is showing off new figures in the 2.5″ inch line as well.  Cat Mario and Cat Toad will be released soon and while they have simple paint jobs like Tanooki Mario, these figures look awesome!  Jakks Pacific is also rereleasing some Mario staples like a Goomba, Bullet Bill, and Piranha Plant in a Warp Pipe which might be of interest if you have missed out on those.  With other exciting figures like Tingle on the way, it looks like Nintendo fans will have lots of options for what to collect in the coming months.  I look forward to covering as many of these new figures as I can and perhaps we will see Micro Land blind bags in stores soon! 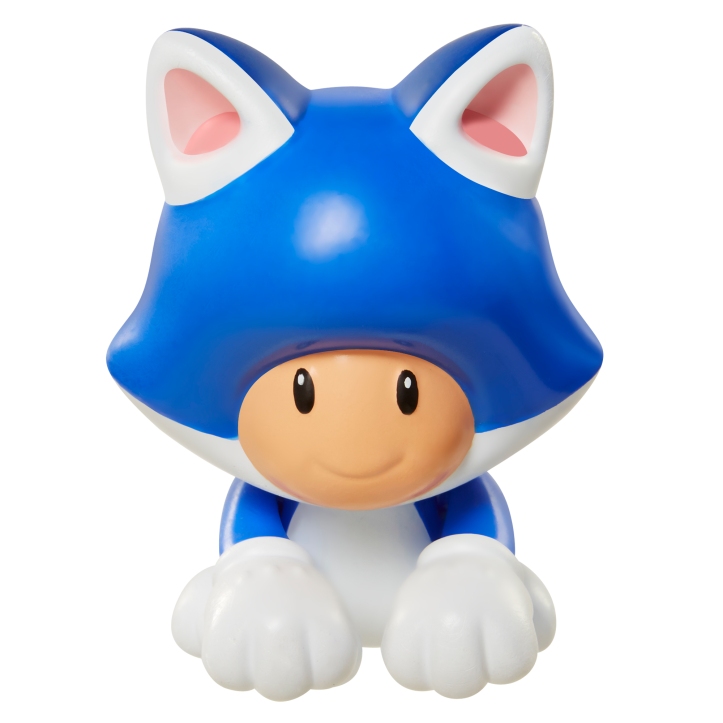