Micro Land’s future may be unclear at the moment, but when I saw that the Toys R Us near me finally had the Zelda Deluxe Playsets for sale, I jumped on the chance to get King of Red Lions which looks awesome even in the box.  This Deluxe Playset seems to be slightly rarer than the other Deluxe Playset which is why I bought it first.  Let’s take a closer look at what comes inside the Deluxe Playset and see how it compares to other Micro Land releases.

Link – Like every Micro Land playset, you get a figure and in this case it is the standard Link which comes in one of the regular playsets and in one of the figure packs.  So that means it is my third Link and there are almost no differences between them other than the newest one has lighter colored boots.  This is good from from the standpoint of you don’t need to look carefully when buying to get the best one like with early World of Nintendo releases, but it is disappointing in that I now have three Links when I really only needed one.  If you do not have Link then you will enjoy getting this figure even if he is difficult to keep standing.

Water Tiles – This Deluxe Playset comes with two water tiles which, while plain, are still nice to have if you want to represent the open ocean from the video game.  What I do like about these two tiles is that they both have two different textures to their waves which helps represent the ocean in micro form. 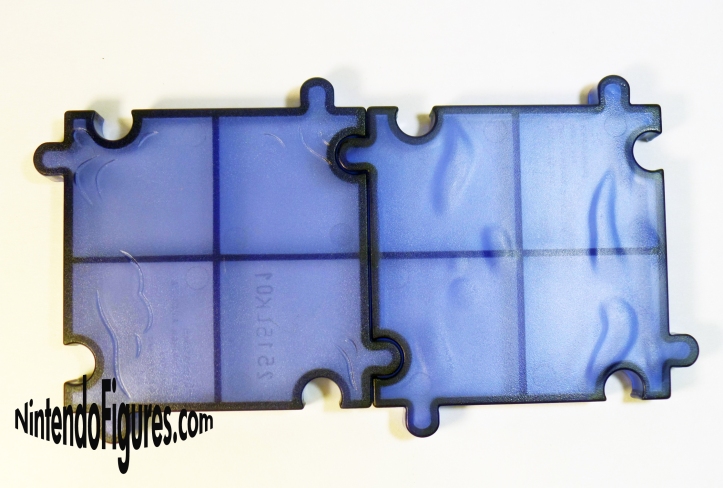 Bridge Tile – Unfortunately, this piece is a repeat from the Open Ocean Playset though I still think it has some usefulness if you’re making a display like I am.  As far as I can tell, this tile is identical to the earlier release and it also has the ability for you to raise or lower the bridge as you please.

Barrel on Rupee Tile – Fortunately, there are some unique tiles in this set too.  The first one is the floating barrel tile.  The barrel is arched so it is not easy to get a figure to stand on it (though I suppose it does make it look more like a real barrel) and the paint looks a lot like the bridge tiles.  The Rupee has a nice clear plastic and will spin though it isn’t that noticeable it is rotated any particular way.  This tile looks great out in the ocean just like you would find in the game and is great to have as part of your Micro Land collection.

King of Red Lions Tile – The highlight of this set is without a doubt, Link’s talking boat from Wind Waker.  Not only was he a memorable character, but this is one of the finest tiles Jakks Pacific have made.  The King’s head can be rotated in different directions and the sail can be turned a little bit as well.  The paint job is really awesome and mine has no paint imperfections at all.  I also like how the boat has etchings to make it look like the texture of wood.  While this tile doesn’t easily fit next to some tiles because the boat is over sized, other than that, it is a fantastic piece and really makes this set worth owning. 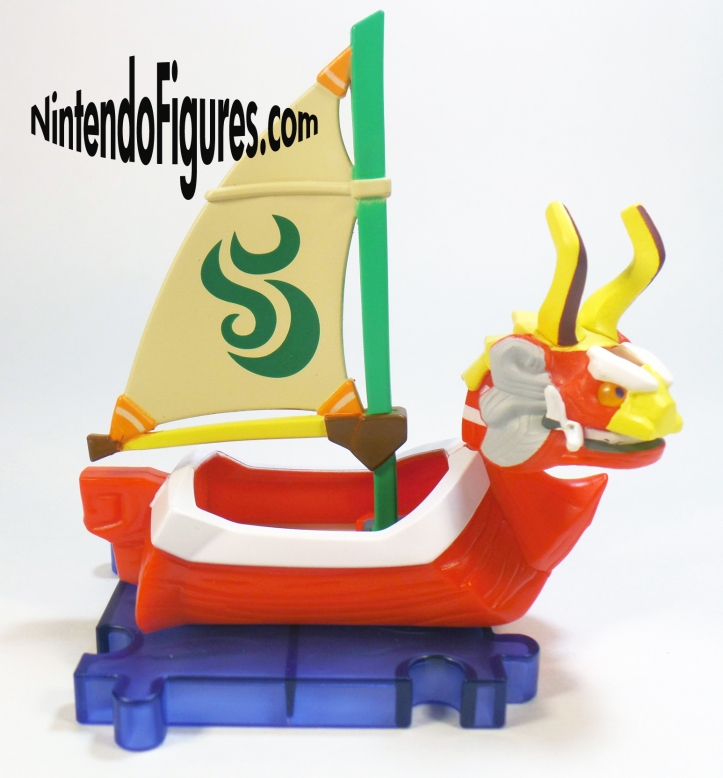 Display – Since I am now only missing the other Deluxe Playset and the Hyrule Castle Playset that Ganon comes with, I thought it would be a great time to show off what you can do with some of the different playsets and figures.  I plan on getting the other Deluxe Playset in the near future and then making the display even bigger and some other touches which I won’t spoil, but as you can see, you can really make a nice little diorama from Wind Waker.  While it isn’t accurate to the game necessarily, it certainly captures the spirit of Wind Waker and is fun and easy to make.

Closing Thoughts – If this ends up being one of the last Micro Land releases from Jakks Pacific then it is certainly one of the very best.  While there are a couple of repeated tiles, they can are still useful and overall, some of the best tiles in Micro Land are in this set.  Scalpers are trying to charge over the retail price for this set, but if you can find it for retail and like Zelda then I definitely recommend it.